Kristina Destroys Her Pledge & Jason Returns Willow’s Pledge to Her

Wednesday May 29, 2019: On General Hospital today, Nina and Maxie get surprises at Crimson, Michael apologizes to Sasha, and the pledges are destroyed. 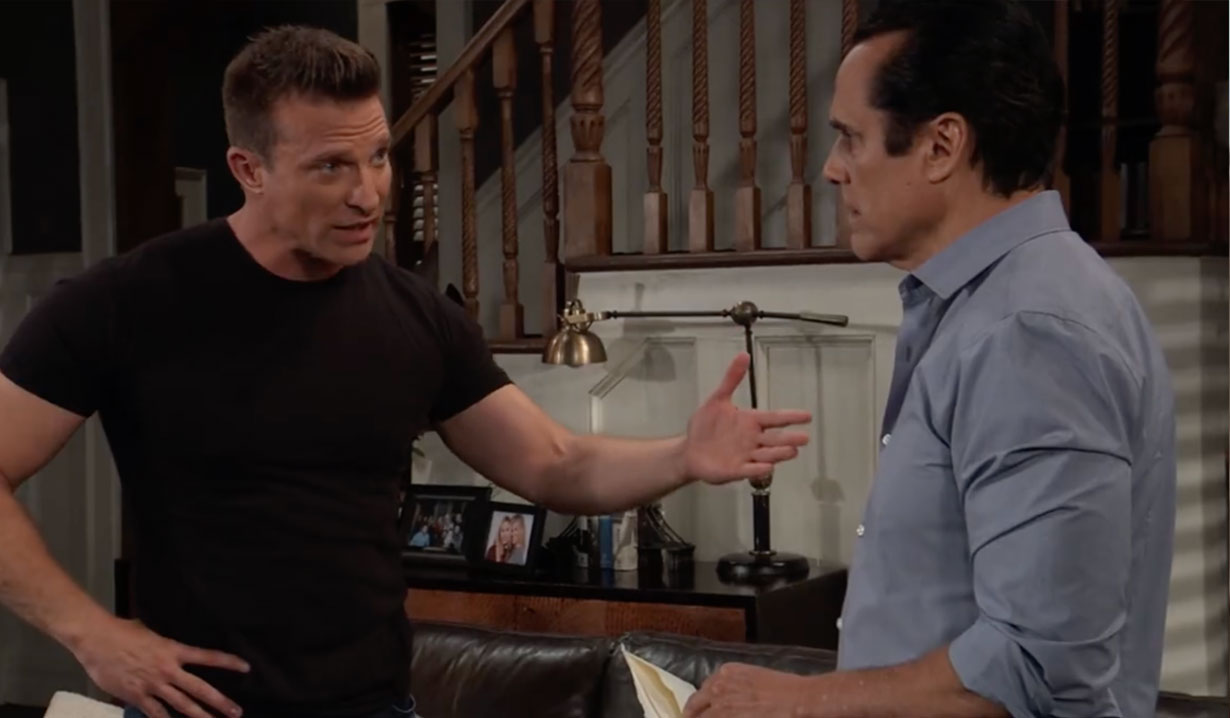 At the Corinthos mansion, Jacks stops by to talk with Carly and Sonny while Joss is at school, and to figure out how to help Joss. 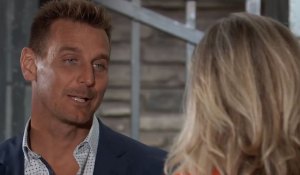 They talk about Joss for a bit and he reveals he has business in Port Charles that is going to keep him there for a while. He is still on the hunt for a house.

Lulu stops by Crimson with lunch for Maxie. Maxie asks about work, and Lulu explains that she’s writing a story about dating apps, which are being used to lure single women out of their homes in order to rob them. They talk about Dante’s recovery before Lulu heads back to her office. Maxie calls Peter to discuss a way to help Dante and get him back home. Suddenly she sees something odd with the budget and tells Peter she needs to go. 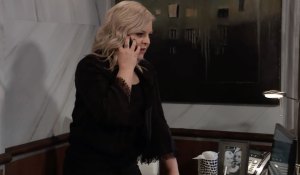 Maxie makes a call about the budget and is stunned by what she’s told. In the Metro Court restaurant, Sasha and Nina grab lunch, and Nina rants about Michael abandoning her at the ball for Willow. Sasha feels he was only standing by his friend, but Nina thinks Willow loves to play the victim. She can’t believe Willow gave up a baby for adoption without telling the father. Sasha thinks there could be more to Willow’s story, and perhaps Nina should give Willow the benefit of the doubt.

More: Watch as Jordan’s family fights to save her 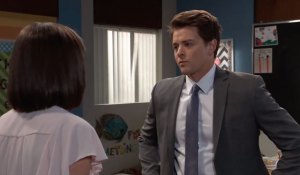 Michael stops by Willow’s classroom to see how she’s doing. She admits she’s a mess and is afraid Shiloh will learn the truth. She thanks him for his support and gives him a hug as Nina arrives. Nina hides and waits for Michael to leave. She then confronts Willow and accuses her of stringing Michael along, and suggests she is only interested in his bank account. Willow won’t defend her friendship with Michael to Nina. Nina wishes her a nice long break and walks out. 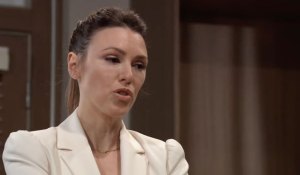 Sam and Jason visit Shiloh at General Hospital and inform him they have the pledges, and again threaten to bury him with what they have on him. Jason and Sam leave, and Margaux stops in to visit. She asks what happened to him, and he claims it was just an accident. She wonders if it involved Sam and Jason, and reveals Sonny warned her not to trust him. He asks if she believes Sonny. She wants to believe in Shiloh, but Sonny said he has proof that he’s committed criminal acts. Shiloh claims the proof is bogus, and Sonny is just upset over his relationship with Kristina. Margaux believes him and just needed to hear it from him. Shiloh asks Margaux for a favor, if Sonny turns over any evidence he has, he needs her to make sure it doesn’t see the light of day. 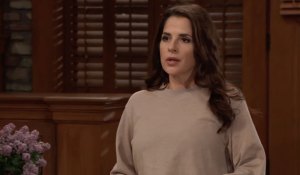 At Alexis’ house, Kristina tells her mother that her pledge was about her. Alexis asks what was in it. Suddenly, Sam arrives with Kristina’s pledge and reveals she was never in Dawn of Day, it was a ruse to help her and get her pledge back. She torched the other pledges, and it’s up to Kristina to decide what to do with hers. She verifies it is her pledge and then burns it in the fireplace.

Jason arrives at Sonny’s place. Carly walks Jax out, and Jason gives Sonny Margaux’s pledge. He reveals that Margaux’s pledge was about covering up her mother’s conspiracy with Joe Scully to kill her father. Outside, Carly chats with Jax, and they discuss making sure to all get along for Joss’ sake. Carly goes back inside, and Sonny decides to go check on Kristina. Carly and Jason talk about the end of Shiloh, and she thinks this means he can finally be with Sam. Jason has something to do and takes off to avoid the conversation.

Back at the Metro Court, Michael meets up with Sasha and apologizes for ditching her last night. He wants to make things up to her and asks her out for dinner. She accepts, and later Carly arrives and spies Michael sharing a kiss with Sasha as she leaves. Carly is glad to see her son getting back out there. Up in Crimson, Nina finds Jax in her office. He explains he is there to celebrate the beginning of a beautiful partnership.

Sonny arrives at Alexis’ place as Sam and Kristina burn the pledge. Alexis speaks to Sonny outside and reveals the pledge was about her, though she doesn’t know the details. Sam goes out and checks on Sonny, who thanks her for what she’s done for Kristina. He heads in to see Kristina, leaving Alexis and Sam to talk. Alexis hopes Kristina will tell them what she shared with Shiloh, but Sam suggests she not push it.

Jason visits Willow at school and gives the teacher her trust pledge. He tells her the other pledges were destroyed.

Finn explains to Curtis and Jordan that they can’t do anything without Ryan’s consent.

Franco visits Ryan in the hospital on what would have been Kiki’s birthday.