Ryan Arrives at the Nurses’ Ball and Knocks Kevin Out

Tuesday May 21, 2019: On General Hospital today, Finn proposes to Anna, Willow and Nina feud, Kristina has a warning for Sam, and Joss gets a message from Oscar. 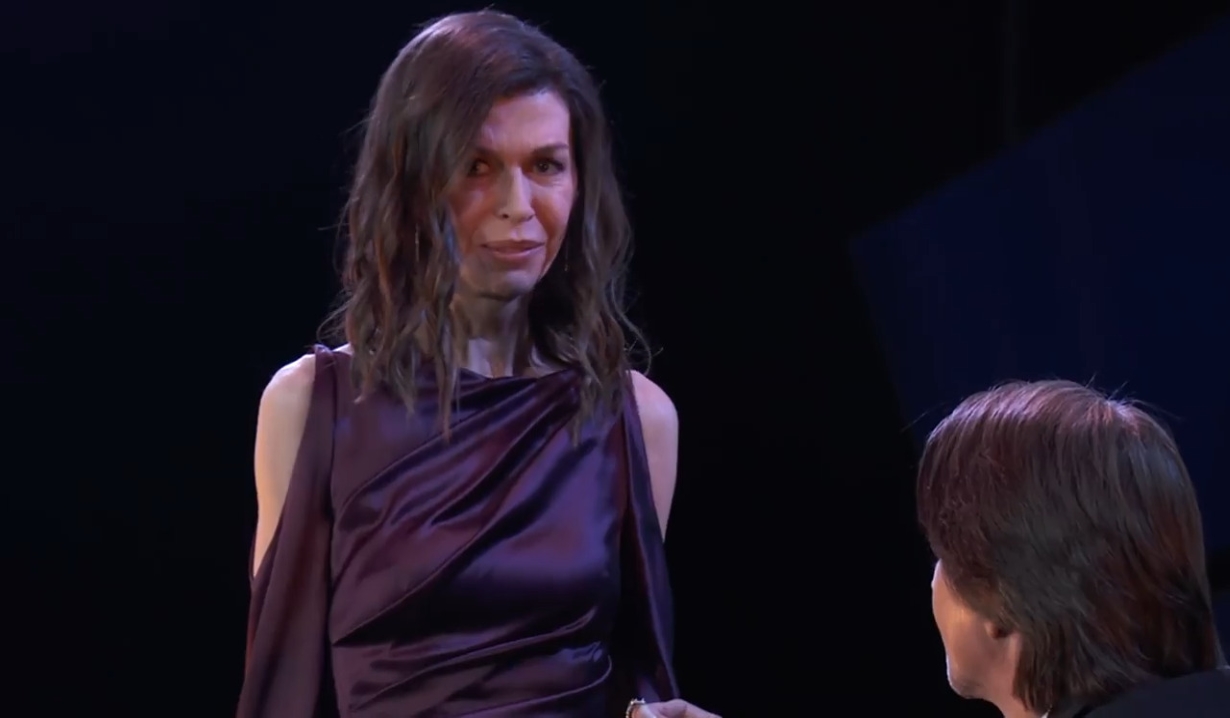 At the Corinthos compound, Cam explains to Joss that Oscar asked him to record a message before he died. 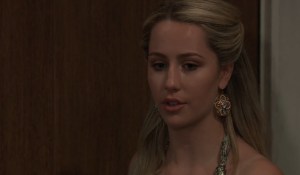 He gives her the disc. Before he can leave, she asks him to stay and watch it with her, but he thinks she should do this alone. Once he’s gone, she watches the video on her laptop. Oscar says he was grateful for their time together and hopes she lives life to the fullest, starting with singing their song at the Nurses’ Ball. She gets changed to perform and says she’s doing this for Oscar.

More: News for all 4 soaps, features GH actress in primetim 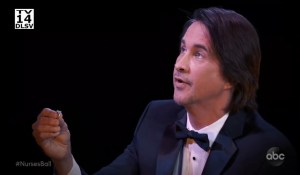 Anna is on stage in the Metro Court ballroom talking about Robin. In the wings, Robert spanks Finn’s arm which sends his ring hurling at Anna’s feet. She’s perplexed. The doctor is nudged on stage by Scorpio. Finn picks up the ring as the audiences’ jaws drop. The doctor asks her to marry him. She seems unsure. He starts apologizing and is about to run when she stops him and says she’d love to marry him. She picks up the mic and announces it to everyone. There is applause and they kiss. They get off the stage and people toast to them. Chase gives his brother an awkward hug. Peter congratulates Anna and ushers everyone away from the couple. Anna tells Finn they can leave early to celebrate. She grabs her purse and they rush out. Brad and Lucas watch them and recall when Brad proposed at the Ball a few years ago. 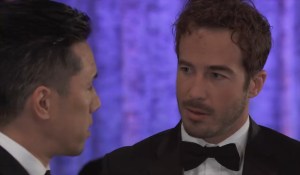 Lucas knows something is wrong with his husband and asks what it is. Brad is cagey. Over at the bar, Franco asks Liz to promise him she won’t leave. After he wanders off, she sits down and Cam joins her. Liesl comes up on stage as it fills with fog and sings her rendition of the Barbara Streisand and Barry Gibb song Guilty. Franco joins her to sing the male part. Once that ends, Lucy sits down with Felicia, who was thrilled by the proposal. Lucy is more worried about Kevin and Ava. Liz tells Franco how amazing he was and gives him a kiss.

In Canada, Laura and Curtis are unconscious on the ground after the house has exploded. Curtis wakes up as sirens ring in the distance. The ambulance arrives as Laura wakes up. The two of them are checked out and they ask them to warn the border guards that Ryan will be coming. Laura asks them to get her a chopper to fly back to town. Curtis calls Chase and warns him Ryan is on his way.

Finn and Anna go up to a room at the Metro Court for some sparkling cider. They toast to their life together and she asks him about the ring. He says he knew when he saw it that it was the right one. It was a Monaco blue sapphire and Monaco is where they started to bond. Downstairs, Kristina shows up at the Ball and corners Sam and Shiloh. She warns her sister that Dawn of Day is a cult. Shiloh asks her to come home with them. As he extends his hand, Sonny shows up and orders him to stay away. 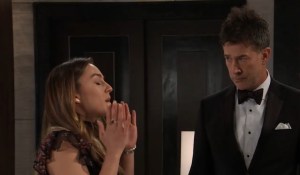 Kristina goes to her mom’s side. Sonny warns Shiloh that he has messed with the wrong family. The two men try to out-smirk each other. Down the hall, Kristina vents to Alexis and Neil, worried that her sister is falling for Shiloh. Sonny joins them and Neil insists she stay away from Shiloh while she is still vulnerable. He and Alexis take Kristina away. Back in the ballroom, Shiloh and Sam run into Lucas and Brad and ask them to spend more time at the house. Willow watches them in horror. When she runs across the room, she bumps into Nina and spills her champagne. Willow storms off. Nina trails after her and catches Willow talking to someone about her child over the phone. They start bickering about children. 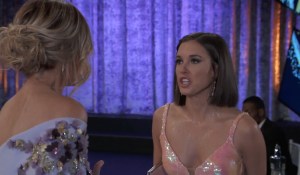 After Nina says that Miss Tate can’t even look after her own child, Willow nearly hyperventilates, and Shiloh corners her when she’s alone. Meanwhile, Joss arrives and tells her mom that she came because of a message that Oscar left for her. Cam goes on stage and sings a song that he wrote himself. When he’s finished, Joss meets him backstage and tells him what a great friend he is. When Lucas is left alone at a table with Sam, he asks her about the cult. Elsewhere, Ava and Kevin wonder if Laura and Curtis have found Ryan. She tells him they have to stick to their plan. He can’t see a better alternative. Later, Lucy finds him sitting alone and rails at him for ordering roses for Ava. When he goes backstage, Ryan shows up and knocks him out. Ava goes up on stage and sings her rendition of Frankie Valli’s Can’t Take my Eyes Off of You.

Lucas figures something out.

Willow Admits to Shiloh She Had His...