Laura and Curtis Discover April’s Corpse, & Someone Rushes at Laura

Wednesday May 15, 2019: On General Hospital today, Anna misunderstands, Mike is ready to propose, Carly has pains, and Curtis and Laura make a discovery. 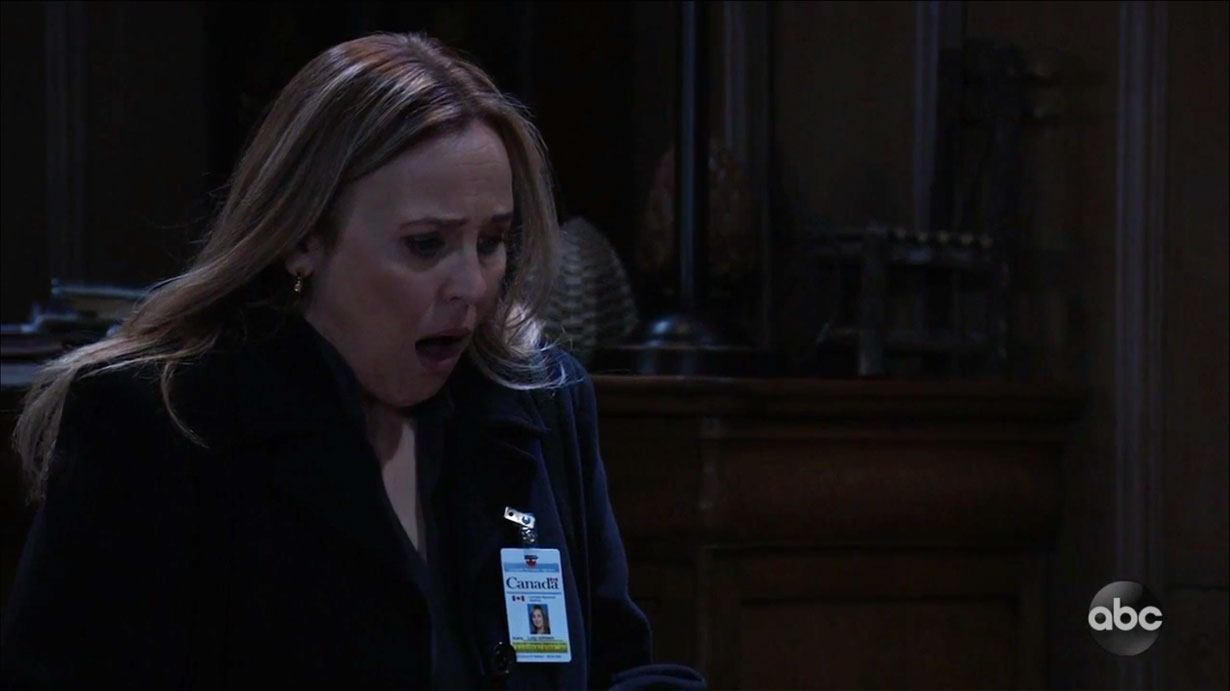 Sonny visits Mike at Turning Woods, where Mike reveals he is proposing to Yvonne tonight. Sonny feels they should talk about this, but Mike’s mind is made up. Sonny stalls by suggesting he share his news with Stella. 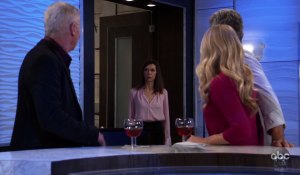 At the Metro Court, Anna catches Robert showing the fake ring to Mac and Felicia while discussing whether Anna will like it and the proposal. She acts like she saw or heard nothing and asks if she interrupted something. They were just talking, and Felicia mentions that she wouldn’t be surprised if Peter and Maxie attended Nina and Valentine’s wedding as each other’s dates. Anna makes the comment that she doesn’t see why ex-lovers would get remarried, and she has sworn off marriage. Felicia suggests she not give up on the idea forever, but Anna thinks she and Finn are perfect the way they are right now. Robert sees he has missed calls and steps out, while Felicia asks Anna when she decided she was against marriage. Anna has felt this way for a while and doesn’t think it’s a big deal. She leaves, and Max warns Felicia they have a problem.

More: Ryan Paevey in Hallmark’s From Friend to Fiance 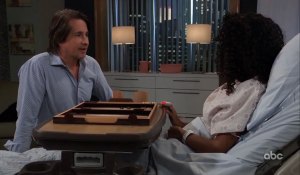 Finn and Jordan play games in her room at General Hospital when Stella arrives having heard Kevin is a match, only to learn his new pre-diabetic diagnosis has disqualified him. Jordan also admits Curtis doesn’t know yet, which enrages Stella because she is continuing to keep secrets from him. Jordan asks Finn to give her a private moment with Stella. Finn leaves, only for Marcus to interrupt with flowers for Jordan. Suddenly, Stella gets a call from Mike breaking the news that he plans to propose to Yvonne tonight. In the hall, Finn calls Robert and tells him to give him back his ring tonight.

In a café in Toronto, Curtis and Laura discuss April’s story, which they don’t buy. Curtis gets a call from April, who says she wasn’t alone earlier and asks him to come over and she will tell him everything. Laura and Curtis arrive at April’s. Laura worries they could be walking into a trap, and Curtis notices the door is open and the power is out. Curtis calls out to April and almost trips over her body. He confirms she is dead. Laura leaves the house to try and get cell service and call the police when Curtis is knocked out. She runs back in and sees Curtis unconscious, turns around and screams as someone charges towards her. 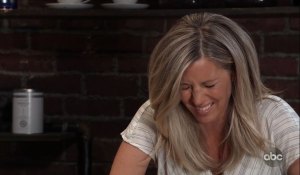 Jason meets Carly at Kelly’s, and as they talk about Sam and how far she’s willing to go to help get Kristina’s pledge back, Carly is hit with pains. Jason insists they go to the hospital. 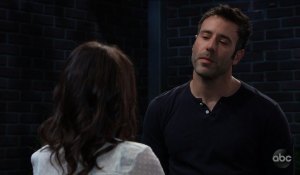 Sam runs into Shiloh in the park. He believes they should finish her initiation tonight, but she explains that after Oscar’s celebration she just wants to be with her kids. They talk about the initiation, and Kristina, who Shiloh feels will see the light and return to Dawn of Day, and he invites her to a DoD event tomorrow night. Sam can’t go because she’s attending the Nurses’ Ball. He calls it a sham event, but she thinks he’s being judgmental and that the charity brings in a lot of money for HIV and AIDS. She suggests he attend the ball with her, so he accepts. Shiloh leaves, and she texts Jason that Shiloh took the bait. 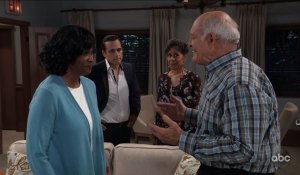 Back at Turning Woods, Stella arrives with Marcus, who was with Stella when she got the call. Stella explains Mike and Yvonne can’t marry legally, but they won’t understand why. She feels telling Yvonne that she is still married will make things worse, but Marcus won’t let Mike propose to his wife. Sonny and Stella reason him, and while he knows she’ll be happy with Mike, he can’t watch another man propose to her. Marcus says hello to Yvonne, who doesn’t recognize him. He tells her she looks lovely today, and then departs. Mike then gets down on one knee and proposes with Finn’s ring.

At the hospital, Epiphany examines Carly and concludes the baby is fine and she is having ligament pain, which is common in the second trimester. Epiphany also reveals that the results of her CVS tests are back, and schedules an appointment tomorrow to get the results. Back in the hall, Robert meets Finn and gives him the ring, while trying to warn him that Anna just launched into a tirade about the pitfalls of marriage. Finn takes one look at the ring and knows it’s not the one he bought. Back in Jordan’s, room, she thinks about Stella’s advice to be honest with Curtis about her condition. She picks up her phone and calls him.

Kristina tells Molly that Shiloh is a predator.

Jason and Sam meet with Spinelli about recording Sam’s initiation.

Anna tells Peter that she thinks someone is going to propose to her.

Sonny wonders to Michael where Mike got the ring.

Carly meets with her doctor to find out the result.