Tuesday May 14, 2019: On General Hospital today, Robert loses the ring, Kevin and Ava get more publicity, and Willow gets surprising support and bad news. 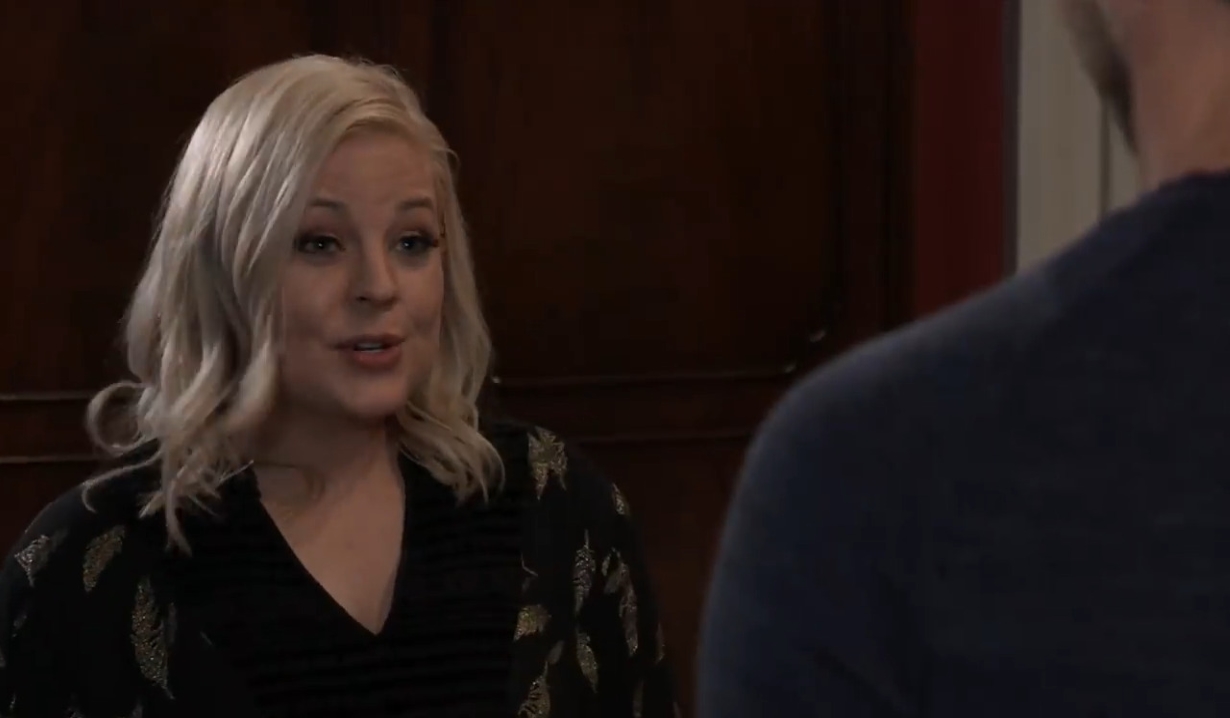 At the Metro Court, Nina cringes to Valentin about having to see Willow. Sasha arrives as Nina takes off. Over at the bar, Robert gets a call from Finn, demanding his ring back. Looking in the box, Robert sees it is gone. “Damn!” he blurts out before hanging up. Mac and Felicia join him, and Robert explains someone stole the engagement ring. Mac offers to get him a lookalike. 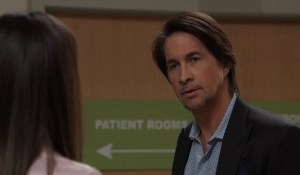 At the hospital, Anna surprises Finn as he gets off the line with Robert. She asks him why he didn’t tell her about Jordan’s condition. He reminds her about doctor/patient confidentiality. Chase wanders in and tries to check out Anna’s finger. Finn ushers her onto the elevator and then bickers with his brother for sticking his nose in. The doctor complains that he still hasn’t gotten the proposal over with. He explains that Robert has the ring. Chase offers to use his badge to get it. Finn claims he has everything under control. They sit down and Chase tells his brother that things are complicated with Willow because of her ex. 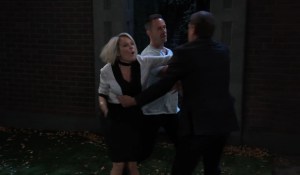 In a public square, Kevin calls a journalist to come and see him and Ava. She’s eager to create more tawdry fodder to lure out Ryan. Kevin just wants to get this over with. Ava feels insulted so assures her she’s not a monster. When they see the reporter coming, they start to kiss. It’s actually Julian, who pushes Kevin back and accuses him of taking advantage of his sister. Ava claims that she and Kevin are together. Julian says his sister is sicker than he thought. Kevin accuses Julian of being a lousy, unreliable brother. When he trashes his parenting skills as well, Julian punches him in the face just as the reporter arrives to snap photos. Soon, cops arrive and Julian has to make a statement. He asks for help from his sister but Kevin insists on pressing charges. 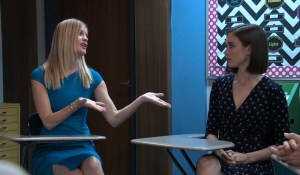 Michael arrives in Willow’s classroom. He repeatedly thanks her for talking to Kristina. As he gives her a hug, Nina and Valentin walk in. Michael walks out. Other parents file in and Nina wants to call Sasha to warn her that Michael was comforting Willow. The Cassadine leaves to get her phone. When the principal arrives, everyone starts arguing about the book removed from the library. Nina blames the whole situation on Miss Tate and then backtracks, pointing out the book wasn’t assigned reading. When the meeting ends, Nina corners Willow and accuses her of being fundamentally dishonest. Nina warns that she will be watching her. When Willow is left alone with the principal, he explains she won’t be hired back in the fall. 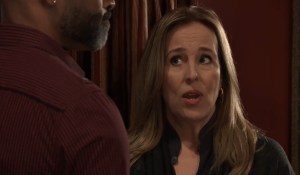 In snowy Toronto, Maxie, Peter, Laura and Curtis play Trivial Pursuit in a hotel room. Laura and Curtis realize they are wearing out their welcome. She thinks he should head back to Port Charles and wants to check out that house again. He insists on going with her. Peter corners Curtis and they talk about the awkwardness of the situation. Across the room, Maxie admits to Laura that this is her first date with Peter and she doesn’t know what she’s doing. She gets the feeling Peter doesn’t think he’s good enough for her. Laura encourages her to make the first move. The snow stops so the interlopers immediately exit. Peter and Maxie wonder what’s next and ponder going to sleep. They head to separate rooms. After a moment of frustration, they each head into the common room and immediately start kissing before hurrying into Peter’s room and having sex.

Curtis and Laura return to the isolated house. They introduce themselves to the owner as agents of Revenue Canada. She doesn’t let them in but has articles about Ryan on her table. As they question her, she shuts the door in their faces. Someone comes out of hiding and stabs the photo of Kevin and Ava in the newspaper. 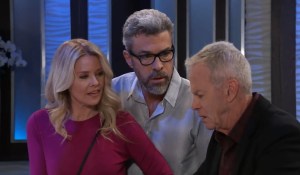 Anna arrives at the Metro Court as Mac and Curtis leave. Felicia and Anna discuss Robert being single. When Anna leaves for a moment, Robert and Mac return with the duplicate ring. Felicia is sure that Anna is ripe for a proposal. Returning, Anna is only a few feet away when she spots Robert holding the ring box. Meanwhile, Michael joins Sasha across the room and reminds her that she wished Nina was her real mother. Valentin just happens to be around the corner to overhear this. Sasha claims she just meant that she still sees the woman who raised her as her mother. He promises to keep his mouth shut about this. They arrange to hook up. After he leaves, Valentin corners her and reminds her that her time in Port Charles is limited and then she has to move far away. Once she leaves, Nina joins him and says the night went well.

Sam suggests something to Shiloh.

Carly is rushed to the hospital by Jason.