Oscar’s Friends and Family Remember Him During His Memorial

Monday May 13, 2019: On General Hospital today, Ned and Olivia hold a memorial for Oscar involving all of the people who were part of his life. 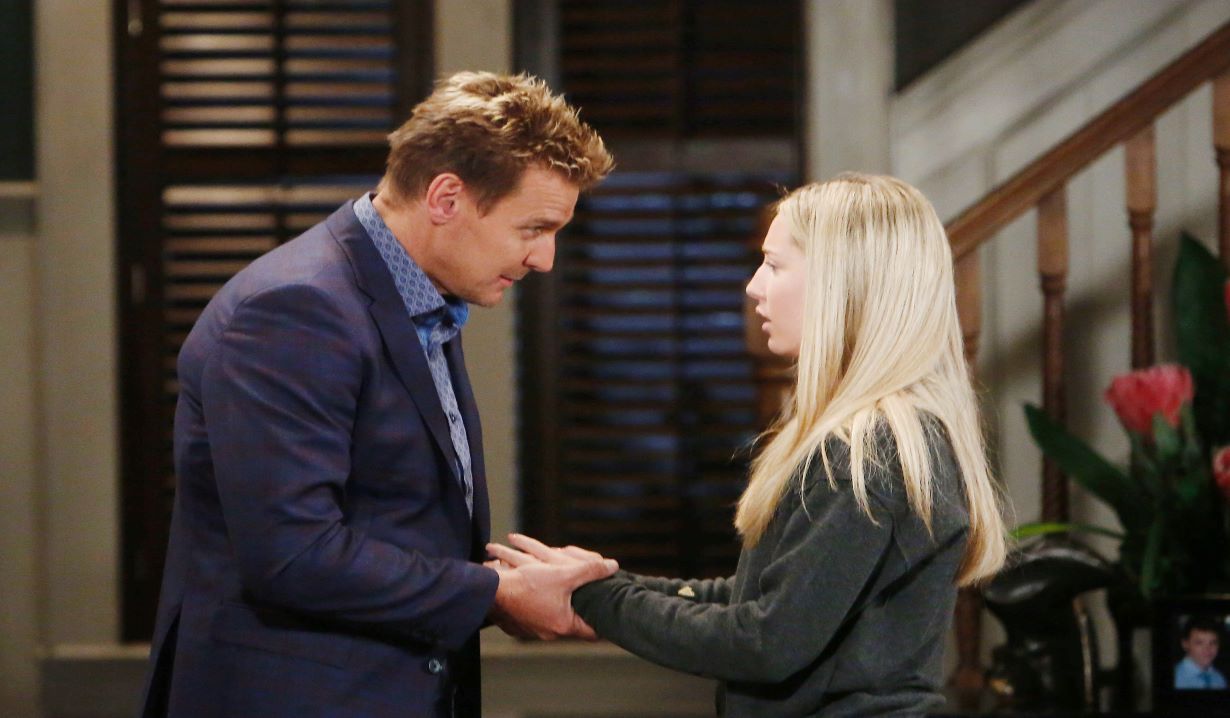 At the Corinthos compound, Joss apologizes to Jax for dropping out of her volleyball game. He doesn’t think she needs to apologize while grieving. She worries that things will never get better, but he promises that time heals everything. Inside, Sonny and Carly discuss Joss’s grief. He assures her they will be there to help her through it. They get a text invitation from Oscar to his memorial. Joss rushes in after receiving the same message. She’s not ready for this and wonders if she has to go. Her mom says she’ll regret it if she doesn’t. Jax says they can do it together.

Alexis drops by Charlie’s to thank Julian for rehiring Kristina. He tells her how much he admired Oscar and the way he lived. 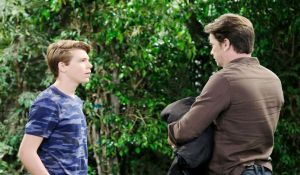 Franco tracks down Cam in the park where he’s picking up garbage. When Franco tries to lure him away for a burger, Cam shoots him down and accuses him of just trying to bond for his mom’s sake. Franco remains confident that he can earn his respect. After he walks off, Trina finds Cam as he receives the invitation to Oscar’s memorial. She tells him they have to go and agrees to go with him. 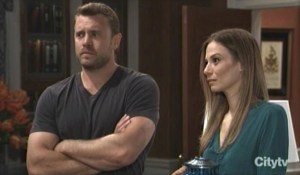 At the Quartermaine estate, Monica, Olivia and Ned watch Danny playing in the yard with Leo. Kim and Drew come in with Oscar’s ashes. Kim isn’t sure what to do. Ned informs her that Oscar had a plan. He didn’t want a funeral, but he did want his family and friends to come together to celebrate his life. Soon, Michael and Sam arrive as tables are set out in the courtyard. Jason trails in and asks how Monica is handling the loss. Joss arrives with her parents and rushes over to embrace Michael. She tells him how hard this is to deal with and worries she won’t be able to stop crying. Trina and Cam arrive, and the three teens talk about how lousy they feel. They remember their trip to Niagara Falls. Trina tells Joss that Oscar said he loved her, and she was the best thing that ever happened to him. Jax gives Alexis a hug. She tells him how wonderful his daughter is. Sam hugs him next and tells him how proud he should be. Drew and Jason both comfort Monica and tell her they will be there for her. 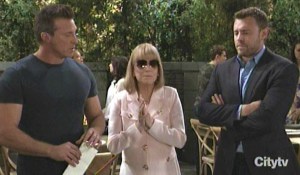 Joss hands them a letter from Oscar for Jason, requesting that he and Drew build a treehouse for the other kids in the family. Ned and Olivia make a small speech, asking that everyone enjoy themselves today and share their memories of Oscar. After some eating, Michael gets up and says Oscar was brave to date his intimidating sister. He was relieved to discover Oscar was a true gentleman. Cam gets up next and explains that he and Oscar weren’t friends to begin with, but Oscar proved to be generous and brave. Next, Joss stands up. She talks about the crush she had on Oscar, how easy he was to talk to, and how much she fell for the real him as she got to know him. She knows that, at the end, Oscar just wanted to emphasize the good. She’s not quite there yet, but she’ll try. Sobbing, she says she never wants to forget him. Once she sits down, Drew gets up. He talks about how easy it was to bond with the son he didn’t know he had, how fascinating he found him, and how open he was. He’ll be eternally grateful to have known him and will always carry him in his heart. Ned asks everyone to follow him to the meadow. 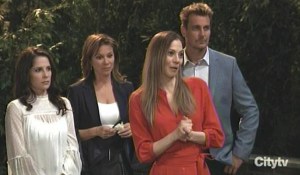 In the meadow, Ned and Olivia hand out seeds. They will all spread seeds and the entire meadow will be a sea of flowers in a month. After revealing a plaque dedicated to Oscar, they throw seeds into the grass. Kim declares that all of this has been beautiful. She talks about raising Oscar on her own. After she learned that he was sick, she brought him to Port Charles so he could meet his family. This helped him blossom and enriched his life. She thanks Drew for giving her son courage and Joss for being her son’s first love. Kim hopes that she comes back to the meadow often and think of him. They embrace.

Back in the courtyard, Drew thanks Olivia and Ned for putting this together. He goes off to a corner alone. Sam finds him there and assures him that he was a great dad. He appreciates that and wants to make sure that Scout knows he loves her. She’s sure he’ll always give their daughter his best. Meanwhile, Franco tells Liz that Cam is a good kid and things will be better between them soon. Joss asks Trina and Cam to spend the Fourth in Oscar’s meadow.

Out in the meadow, Sonny finds Kim sobbing by Oscar’s plaque. He knows she feels a void right now, but someday she’ll know how much Oscar touched the lives of others. Sonny encourages her to focus on how much they loved each other. When she’s left alone, Kim sobs and says she’ll always love her baby boy.

Felicia has an idea.

Jordan Gets Bad News From Finn...