Jordan Gets Bad News From Finn Regarding Kevin’s Current Health

Friday May 10, 2019: On General Hospital today, Ava steps over the line with Kevin, Peter gets unexpected visitors, and Kristina faces Shiloh. 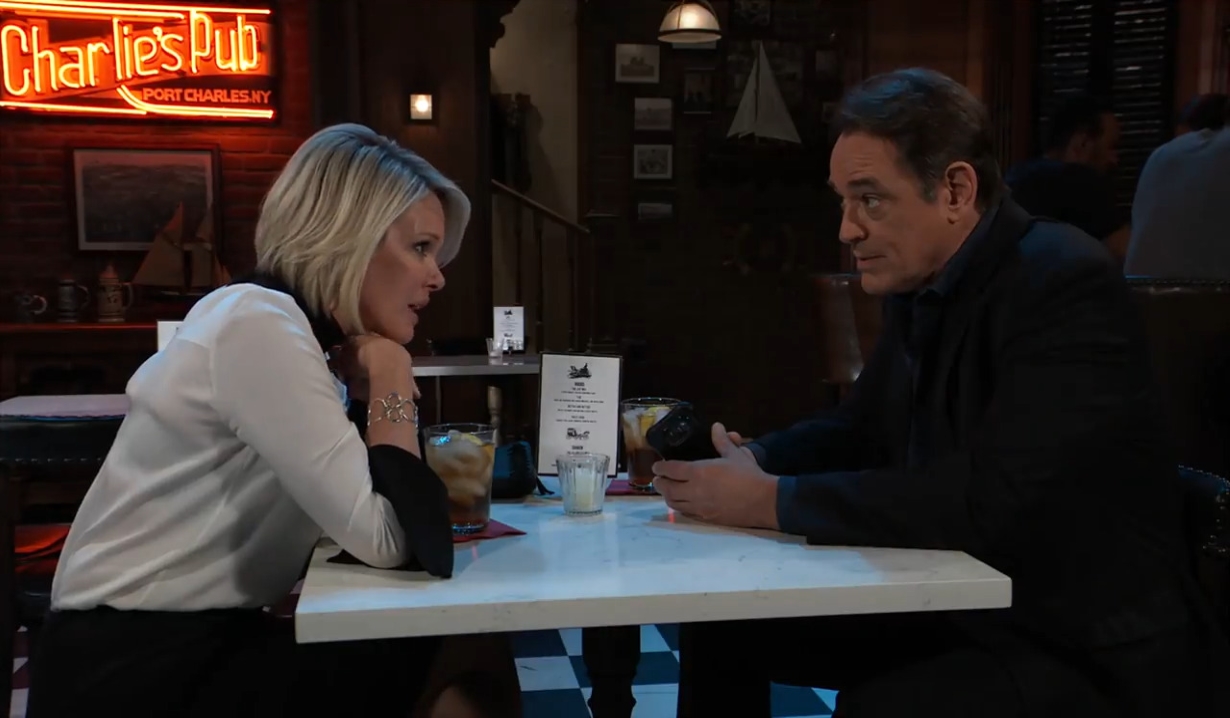 Ava joins Kevin at Charlie’s. She wishes Julian was there to test if they can convince him they are in a relationship. 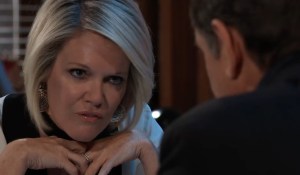 After they bicker, she laughs and says it was like a lover’s quarrel. He’s distracted by his phone. With some prodding, he admits he’s waiting to hear from Finn. He’s compatible with Jordan for kidney donation and is sure that it’s just one more thing that will goad his brother. Ava kisses him for a selfie to post online. She’s startled and Kevin notices she’s shaking. He gets a text from Finn and she insists on going to the hospital with him. 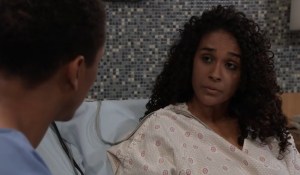 Finn checks in on Jordan at the hospital and encourages her to take a break. When they mention she’s a match to Kevin, TJ overhears and walks in, excited. Finn points out that it’s not certain yet. He leaves to check her labs. TJ chats with his mom about her recovery. He worries about why Curtis has been around so little. She explains that he’s been working on a case. TJ assumes it’s the Chamberlain case. The commissioner admits it and her son agrees to cut him some slack for being absent. Meanwhile, Finn meets with Ava and Kevin. Finn explains that Kevin is not compatible because he is pre-diabetic. The doctor returns to Jordan and tells her and TJ the bad news. He asks if she has any relatives that might be a match. Jordan claims her family is scattered and she doesn’t know where they are. Down the hall, Kevin feels bad. He wanted to help. Ava explains that nothing can make up for what Ryan did. He needs to forget about trying to make things even and just focus on being a good man. When she tries to kiss him, he leaps away. She apologizes and says she was in love with a man she thought was him. Kevin wants to help her, but he loves his wife. If she does something like this again, he’ll shut their plan down. 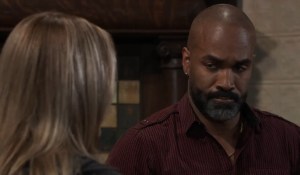 In Canada, Curtis and Laura continue to search for the woman helping Ryan. They go from house to house without much luck. When they get to a house with a large pile of mail, she starts looking through it. Someone inside the house looks out at them. They leave and go to a restaurant. Curtis asks how she feels about Ava spending so much time with Kevin. She says it’s none of her business. To Curtis, it looks like they are making themselves targets by being so public about it. He wants the Ryan problem solved so Kevin is safe to donate his kidney. This is startling news for Laura. 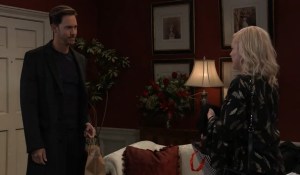 Maxie and Peter arrive at their holiday place in Canada. She’s been having a great time shopping. He wishes it wasn’t so cold so he could show her off more. He sets out wine and cheese and she tells him how perfect this has been. They start to kiss. She feels an urgent need to go lingerie shopping and runs. He sits and smiles, twiddling his thumbs. When Maxie returns, she has Curtis and Laura with her. She invited them to hang out. 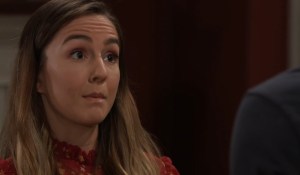 Kristina is on the doorstep of Dawn of Day. Shiloh lets her in and welcomes her home. She’s anxious and keeps her distance. Kristina informs him that she is not coming back. He’s disappointed and will miss her. She asks him to return her pledge. Shiloh says it’s not that simple and she lashes out at him for drugging her and planning to rape her. He’d love to know who put these thoughts into her head. Krissy says he did and demands her pledge again. Shiloh is saddened by how much she has changed and promises the door will always be open. She walks out. He calls Harmony and assures her that he has moved all the pledges to a safe location. 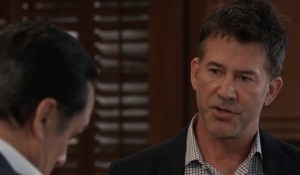 At home, Alexis calls Kristina and leaves a message. Sonny shows up to check on them. She explains their daughter went to Charlie’s to get her job back. Neil arrives and the lawyer asks him if it was right to let Kristina leave. Neil backs her up and insists that they managed to get through to Kristina thanks to Willow. Sonny hopes it sticks and Shiloh won’t talk her into returning to him. He and Alexis worry. Kristina arrives. She admits that she went to Dawn of Day and made it clear to Shiloh that she won’t be returning. She’s tired and goes upstairs to be alone. Neil points out to the parents that Kristina has done something very brave and she came home.

Cameron does his best.

Flashback Friday! On this day, May 10, 2011, on General Hospital Jason and Lucky bonded over Jake, while Lucky’s new wife Siobhan found a DNA test at Elizabeth’s.