Thursday May 9, 2019: Today on General Hospital, Alexis worries about Kristina, Sam and Jason formulate a plan, Lucas looks for answers, and Mike finds a ring. 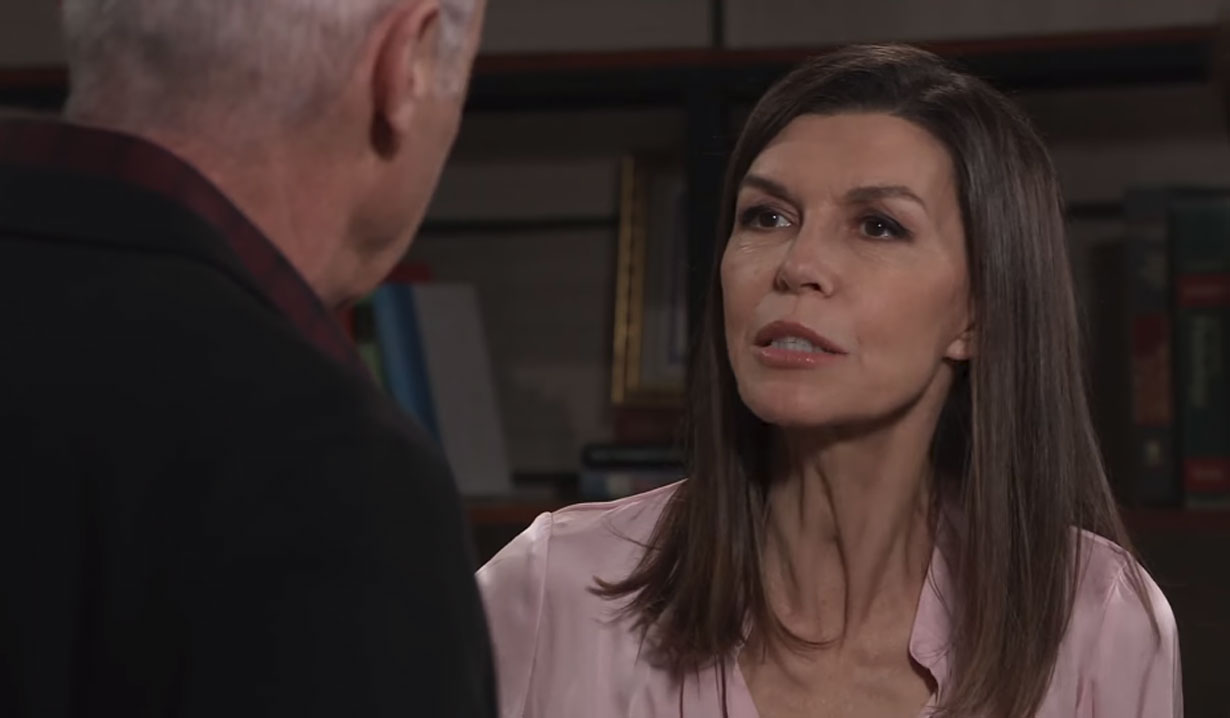 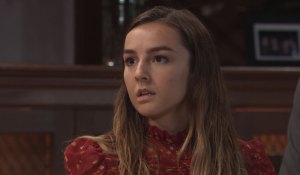 At Kelly’s, Sonny and Michael shoot each other a look when Mike gets it wrong thinking Michael’s the one having a kid, not Sonny and Carly. After Michael has left, Mike worries he upset his grandson. Sonny assures him Michael knows he didn’t mean any harm. Mike talks about the pain of losing a child. He tears up as he asks Sonny to remember Courtney for him when he can’t anymore.

At Alexis’, she tries to joke with Kristina about her cooking to lighten the mood. Kristina wants to know how much freedom she’ll have living there. Michael drops by to see Kristina, who thanks him for all he did for her. She then leaves to talk to Julian about getting her job back. Alexis panics, but Michael says they need to trust her.

At Chase’s place, Willow feels anxious talking about Wiley. She doesn’t regret telling him but doesn’t trust Shiloh. Willow worries that since Shiloh never signed off on the adoption if he finds out he has a son he could sue for custody. Chase advises her to talk to a lawyer to go over her options. 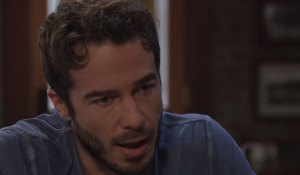 At Charlie’s, Julian tries to get Kim to eat but she’s not hungry. She’s grateful for his support. They hold hands and he assures that he’s there for her. Before she goes, Lucas appears to give his condolences. Once Kim’s gone, Lucas confronts his father about Brad. Julian gets defensive, declaring he can’t control whether or not Brad comes into Charlie’s to talk about Wiley. Lucas apologizes, but doesn’t understand why Brad talks to everyone else about his anxiety over fatherhood but him – including Dawn of Day. Julian thought they were just a self-help group, but Lucas tells him Willow says it’s a cult.

At DoD, Shiloh does some relaxation techniques with Brad that appear to work. Brad brings up Wiley’s birth mother and Shiloh’s interest is piqued. He learns that the father isn’t in the picture. Shiloh starts talking about making your own family and asks Brad to bring the birth mother to him. Maybe he can help. Kim arrives as Brad heads out. She thanks Shiloh for the photo he gave Drew of Oscar. Shiloh offers words of comfort, but she didn’t come for spiritual guidance. She came to talk about her son and the time he spent there. Shiloh shares a story of Oscar’s generosity and then marvels that he was Drew’s son. They talk some more about Drew and Oscar and then Kim leaves. As Shiloh is about to do the same, he opens the door to Kristina.

Brad shows up at Charlie’s. Lucas brings him outside to talk. He knows he’s going through something and assures his husband that he doesn’t have to go to DoD – he can talk to him. Inside, Kim returns and tells a skeptical looking Julian that while DoD is a bit much for her, she found Shiloh to be comforting. 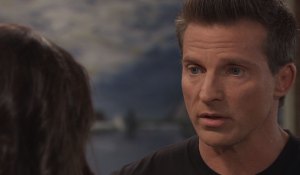 At the penthouse, Jason asks how Sam’s holding up. She says Shiloh has no idea it was Jason who knocked him out last night; her con is still in play. Jason says she’s off the hook and updates her about Kristina. Sam worries about her sister’s guilt over her pledge – they have to find it. Jason suggests sending Shiloh to the Pine Barrens, but Sam thinks they can record Shiloh completing her ceremony and use it against him.

In Finn’s office, Anna thanks Finn and since she can’t prove Peter’s her son, she’s going to move on. They’re about to kiss when Robert barges in. He may have found a way to determine if Alex is Peter’s mother. Anna says she doesn’t want to pursue the matter, which sets Robert off. He thinks she needs to sever her ties with him because he’s Faison’s son, but Anna won’t abandon him. Robert reminds Anna that her decision about Peter affects him, Robin and Emma too. Anna is adamant she will have a relationship with Peter as her son. Robert is disappointed and leaves. Finn tells Anna that he supports whatever she decides where Peter is concerned. Anna knows Peter isn’t anything like Faison and she won’t let Robert ruin their day. Finn has an idea of a way to salvage it; he has something special planned. They flirt and make plans to meet later. Anna leaves and Finn calls Robert. He leaves a message demanding the ring back tonight.

Robert storms into Kelly’s and Sonny approaches him to talk about Dante. They go outside and Mike sees that Robert left Finn’s ring on the counter. He picks it up and looks emotional. Outside, Robert tells Sonny he can’t jeopardize Dante’s progress. Robert also warns that Dante might not be able to come back and pick up life where he left it.

Maxie is having the best time.

Ava wants to finish “the bastard” off once and for all.

Kristina asks for her pledge back. 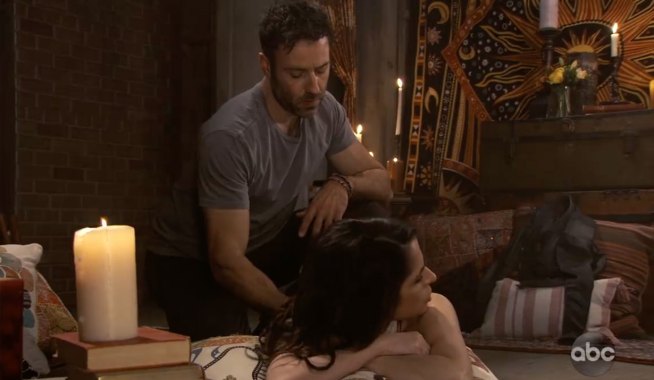 Jordan Gets Bad News From Finn Regarding Kevin’s Current Health 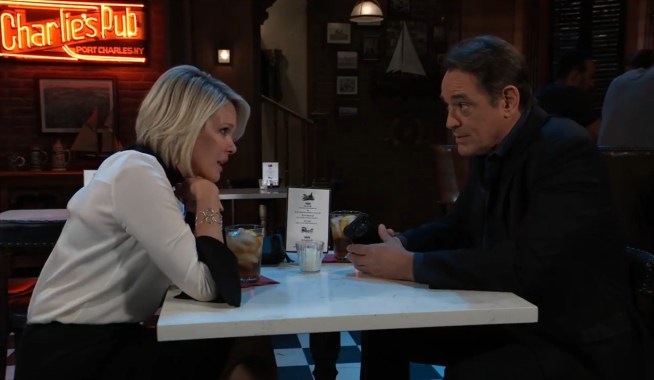