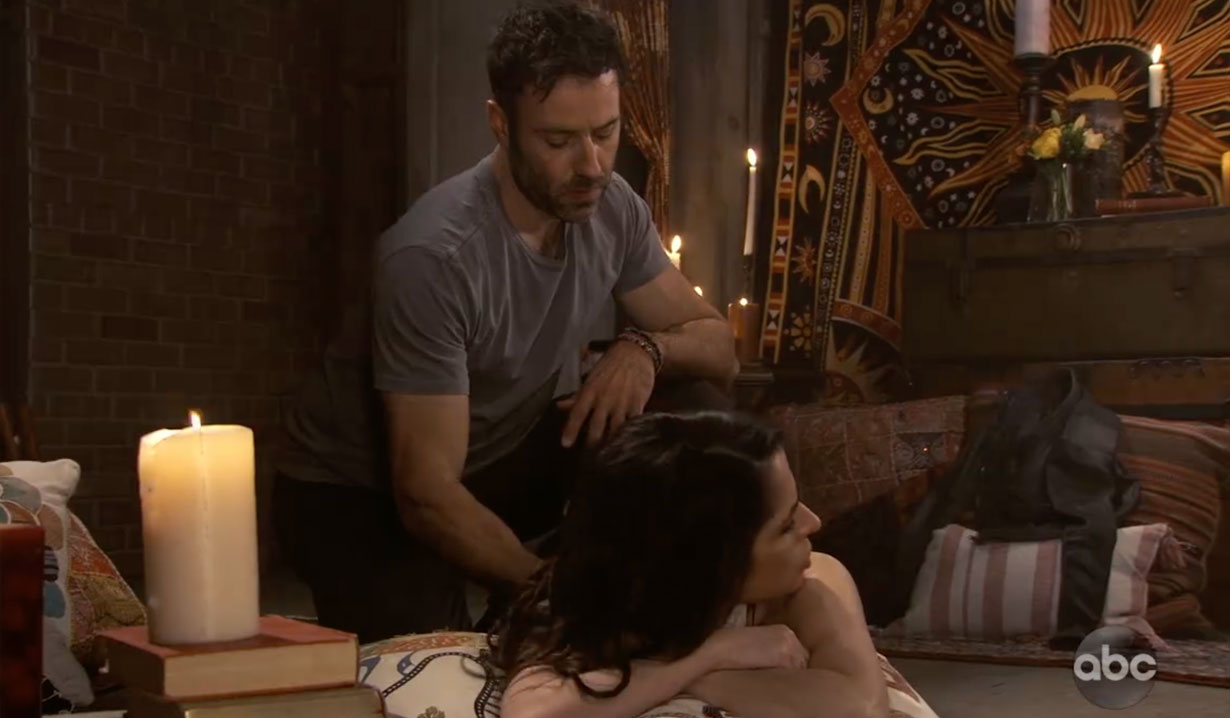 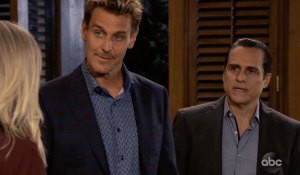 At the Corinthos house, Carly is glad Jax is staying. Joss comes down the steps and is thrilled to see her dad. They hug, and he asks her to tell him about Oscar. As they talk about losing a loved one, Lady Jane’s passing is mentioned. Jax says they never really lose their loved ones because they are always with them. Jax remembers Lady Jane every time he hears the song she used to sing to him, the one he would sing to her to make her go to sleep. Jax sings the song, and Joss heads to bed. Later, Sonny walks in and finds Jax on the couch. Sonny offers him a drink, and Jax congratulates him on the new baby. Carly returns and hopes they are getting along okay. Sonny says, “Peachy.” Jax decides to head over to the Metro Court but reveals won’t be there long because he has Lucy looking for a place for him to buy.

Drew wakes up on the couch at the Quartermaine mansion when Kim tries to cover him with a blanket. She stopped over with some of Oscar’s belongings to see if he wanted anything. Drew notices an old fashion telescope, which Kim reveals she got from him years ago. Drew reveals the photo Oscar had of them when he was living at Dawn of Day. The doorbell rings, so Drew answers it. It’s Curtis, who wanted to check on him. Kim departs, and Curtis gives Drew the news that they may have found a donor for Jordan. Drew offers to cover the costs and won’t let Curtis talk him out of it. 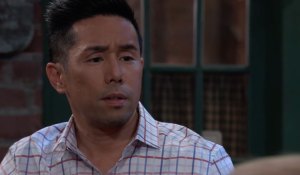 Chase meets Willow at Kelly’s, while outside, Valerie spends time with Brad, Lucas and Wiley. She learns Brad has become involved with Dawn of Day and warns them that the group and Shiloh are bad news and that he has been harassing women. Brad doesn’t believe it and thinks it’s just the ramblings of a disgruntled former member. Val goes inside and tells Chase that her cousin’s husband is now involved in Dawn of Day, so they have to find a way to shut them down. Val heads out, and Willow and Chase also leave. They run into Brad, Wiley, and Lucas outside, and Willow tells Brad not to let Wiley anywhere near Shiloh, because that would be child abuse. Lucas feels how they parent Wiley is none of her business and warns her to stay away from them. Lucas and Brad head inside with Whiley. Lucas found Willow’s outburst odd and asks Brad if he knows what it was about. Brad claims he doesn’t and excuses himself because he’s not feeling well. Lucas makes a call to someone and says, “It’s time we have a conversation about my family.” 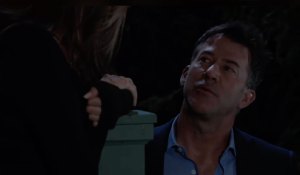 Neil, Sonny and Alexis bring Kristina back to Alexis’ house. Alexis walks Sonny out, and returns with Valerie who came to see Kristina. Neil and Alexis go outside to give them privacy. Val just wanted to see for herself that she was okay and offers to help her if there is anything she can do. Kristina could use some advice and asks what she should do if she gave an individual proof of someone else’s wrongdoing, and this individual were to use it to get something from her. Val says that would be blackmail, and the only way to disarm the blackmailer is to reveal the secret. 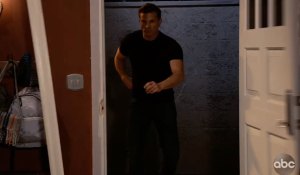 At the Dawn of Day house, Jason clubs Shiloh on the back of the head and knocks him out as he was beginning to tattoo Sam. Jason tells Sam that Kristina has come to her senses, so they should leave. Sam reminds him they need Kristina’s pledge, and tells him to get it while she distracts Shiloh. He leaves and heads to the records room. Shiloh begins to come to, so she throws a vase and screams, “Get out of here!” Shiloh asks what happened, and Sam claims some guy came in here ranting about something Shiloh did to his kid. She thinks they should call the police, but he doesn’t want them involved and will move on. He wants to continue with the ceremony, but he can barely stand, so she says it will have to wait and they need to put ice on his head. They go downstairs, and Shiloh thanks Sam for saving his life. Later, Drew gets a call from Kim, who asks to meet and talk about her son. 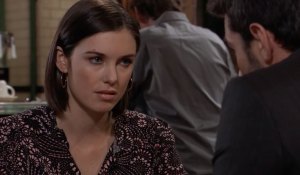 Chase and Willow go back to his place, and Chase he hints around why Wiley is so important to her. She reveals he is her son.

Jason returns to Sonny’s place and explains that Shiloh moved the pledges somewhere else. Sonny thinks now that Kristina is free from Shiloh, it’s time to take Shiloh out.

Lucas asks Julian to tell him what is going on with Brad.

Mike thinks Michael is about to become a father.

Shiloh is glad to see someone.

Jason tells Sam that she’s off the hook.

Jax Returns to Port Charles and...