Jax Returns to Port Charles and Surprises Carly With News

Tuesday May 7, 2019: Today on General Hospital, Anna struggles in order to come to terms with the truth, Peter presents Maxie with a surprise, Michael thanks Willow, and Chase locates Kristina. 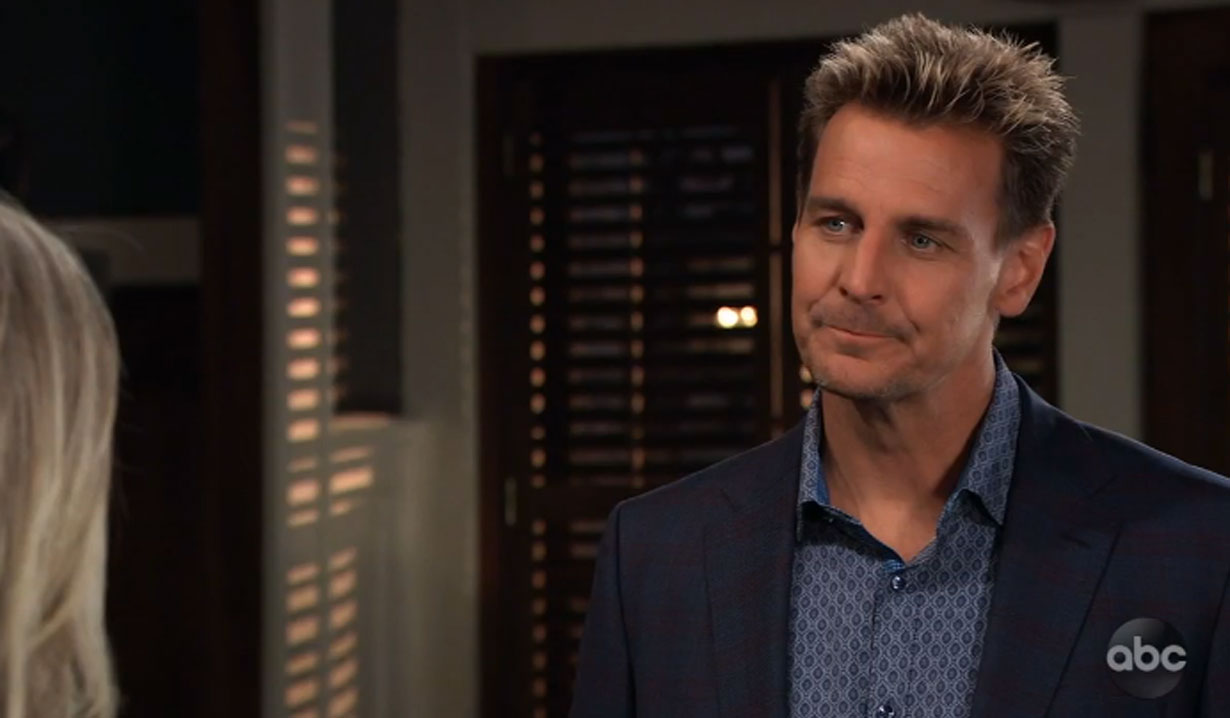 Jax, played by Ingo Rademacher, walks into Carly’s house and looks at a photo of Carly and Joss. Carly calls down from upstairs, thinking it’s 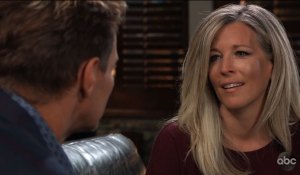 Jason, then rushes into Jax’s arms when she sees her ex-husband. Carly catches Jax up on Joss and thanks him for being there for her from a distance. It made Joss feel safe. They discuss Carly’s pregnancy and Jax realizes it might have been the reason Joss seemed distant at times. Carly isn’t sure how Joss feels about the pregnancy but Jax assures she will be fine. When Jason arrives, Jax thanks him. He’s been a good friend to his daughter and Carly. Jason sees a lot of Jax in Joss, compassion and kindness, to which Carly says, “Excuse me?” She’s compassionate and kind too.

At Kelly’s, Anna tells Finn she believes the memory Alex couldn’t handle is that Peter’s her son – not Anna’s. Alex couldn’t face the fact that she gave him up. Anna’s relieved it wasn’t her who slept with Faison but feels sorry for her sister and how she must have felt. Over talk of Valentin, 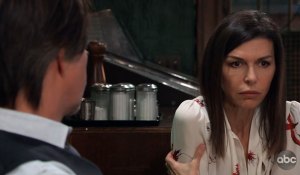 and him believing Peter was her son, Anna recalls Alex’s memory… she experienced it and still feels as though she’s Peter’s mother. She brings up how Robert doesn’t like Peter. Finn doesn’t think Anna should tell Peter about Alex and reminds her she truly doesn’t know if her suspicions about his paternity are true. Finn believes what Anna’s saying, he lived through it with her, but there’s no medical proof. Anna smiles. She thanks him for putting things that way and would never want to hurt Peter. She’s the only mother he knows and she could really love him like a son.

Maxie’s stunned when Peter brings her to a private plane for their first date and can’t believe it when she learns they’re going to Paris. Peter confirms the places they’ll sightsee. As the plane takes off, they both relay memories of Paris and realize they share a favorite place. 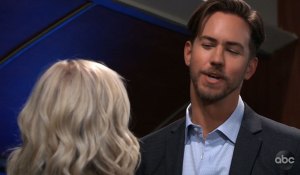 They create a scenario of how they might have met then Peter says he’s glad it didn’t happen that way. Maxie gets nervous and rushes to the bathroom. When she returns, Peter realizes this is too much, too soon, for her. She stops him from having the plane turn around and admits… Being with him means she’s letting go of Nathan. She doesn’t want to feel paralyzed and is ready to take the leap with him. Peter moves in close and they kiss.

In the cabin, Neil informs Kristina she can leave if she wants. Suddenly, Chase appears in the doorway and explains how they’ve been looking for 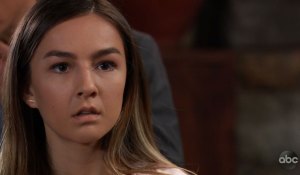 Kristina. After she insists she needed to get away for bit and asks him to tell Val she’s fine. Chase leaves, and Kristina confirms she’s coming home. Alexis hold her close, as Sonny and Neil look on – relieved. Sonny holds Kristina next and promises Shiloh will never be able to hurt her again. Kristina appears happy.

By the waterfront, Michael thanks Willow for trying to help Kristina. Willow’s mortified she was with Shiloh back then. Michael insists it wasn’t 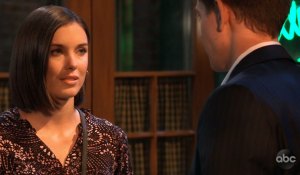 her fault and urges her to talk to someone. Nina stumbles upon them and thanks Michael for helping Sasha. After Michael goes for coffee, he gets a text from Sonny saying Kristina’s back and to thank Willow for them. Nearby, Nina warns Willow to stick to Chase and leave Michael alone. After Nina leaves, Chase appears with news, as does Michael. Kristina’s safe. The men clear the air before Michael leaves then Willow admits she finally feels in charge of her life now.

Back at Carly’s, they fill Jax in on Kristina’s circumstances until Jason gets a text from Sonny that Kristina’s back – he can go get Sam now. Jason takes off. Jax notes how Sonny’s taking care of his daughter and they are going to take care of theirs. In tears, Carly tells Jax how strong Joss has been and worries how she’ll handle things. Jax promises they’ll be there for her and announces he’ll be in town for a while.

Sam arrives at the Dawn of Day house and holds out a recorder for Shiloh. She offers her pledge and he invites her in. No one’s home. After Shiloh 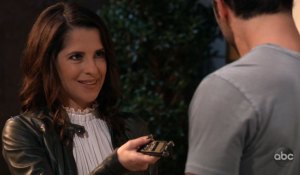 listens to Sam’s pledge – about Jason – he accuses her of still caring for him. Sam admits Jason will always be important, as her child’s father, but believes her pledge proves to Shiloh what she’s willing to risk. Shiloh wants to begin her initiation and locks the front door. Sam tries to hold it together and calmly declines the drink Shiloh presents her with. Sam lies on the floor and prepares for the tattoo. Outside, Jason arrives, finds the door locked and kicks it in.

Lucas goes in search of help.

Jason Knocks Shiloh Out but Is...