Willow Tells Kristina the Truth About Dawn of Day

Monday May 6, 2019: On General Hospital today, Jordan gets some good news, Lucy is annoyed by Ava and Kevin, and Maxie worries about her future with Peter. 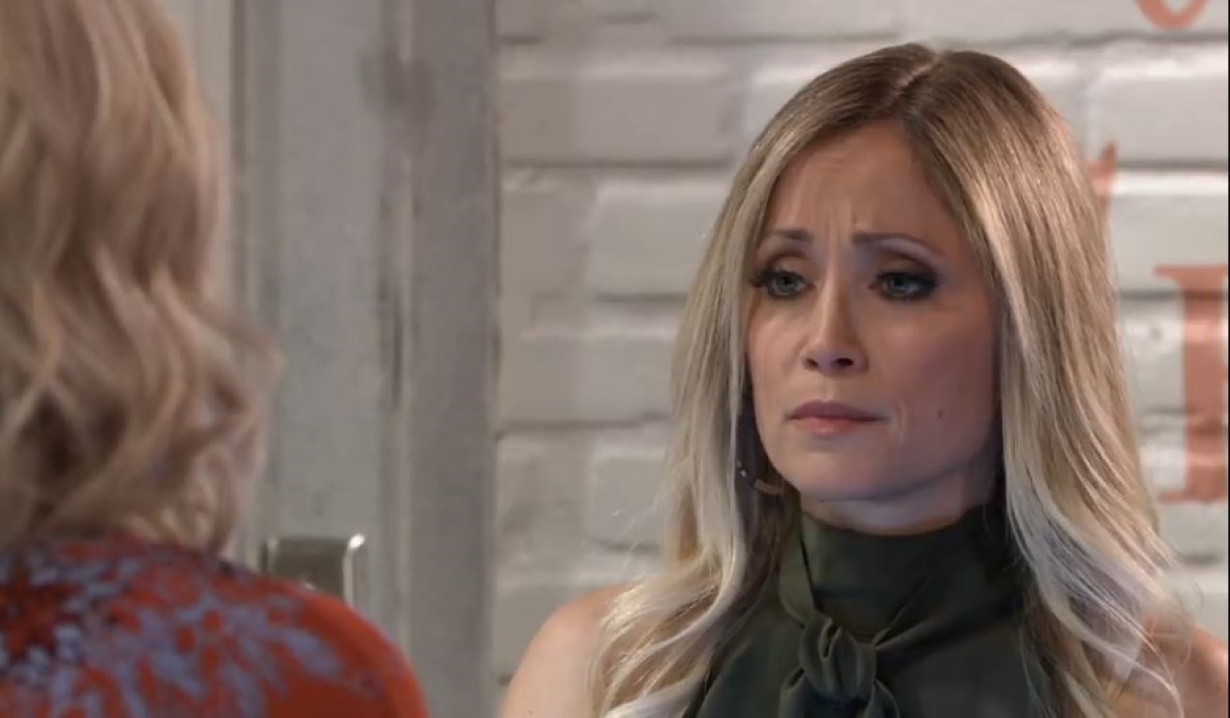 At the nail salon, Maxie tells Lulu about her trouble having a successful date with Peter. She’s starting to worry he’s having second thoughts. Maxie thinks it might not be meant to be. Lulu thinks that he may have trouble with relationships. 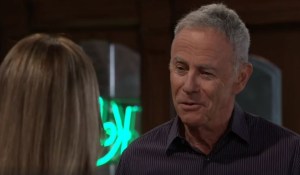 Laura arrives at Kelly’s, chatting to Kevin on the phone. She thanks him for the flowers he sent. After she gets off the line, Robert rushes up to her. They go inside and catch up. He explains that he and Holly aren’t together and he was happy to hear she’s moved on from Kevin. When she claims she was only talking to Lulu on the phone, he asks her to the Nurses’ Ball. She’s surprised but says no. 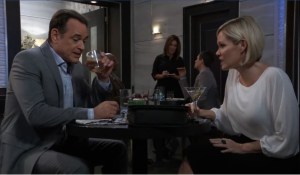 At the Metro Court, Lucy shows Scott her plans for the Nurses’ Ball. Both of their eyes bug out when they spot Ava sitting with Kevin. Lucy stomps over with Scott sheepishly following. Lucy tries to pair up Scott and Ava for the Ball, but Kevin says she’s taken. Irritated Lucy hadn’t realized they’d grown so close. Lucy suggests Ava get Kevin to perform with her this year. Scott asks for a word alone with her. At the bar, Scott interrogates Ava about her plans. He reminds her of her request to use him as bait to lure Ryan out. Ava claims she was just traumatized. She says Kevin is helping her get past her grief and Scott says that Collins is just using her to get over his guilt. Back at his table, Kevin listens to Lucy lecturing him about getting involved with Ava. The blonde interrupts and Kevin has to take off. Lucy forces Ava to take a seat. Scott stops a fight from breaking out and Ava escapes. Lucy tells Scott they have to keep them apart. 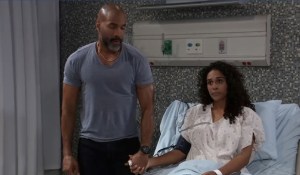 Anna visits Jordan and Curtis at the hospital and lectures Jordan for not telling her about her condition. After Anna exits, Curtis asks his wife why she kept her condition from him. She makes excuses. Down the hall, Anna tells Finn that she’s got some perspective and is determined to focus on the here and now. She has all the proof she needs that Robin is her daughter and wants to focus on their future. He thinks about proposing then heads down the hall with test results for Jordan. The doctor explains the treatment failed. She needs a transplant and he’s optimistic they will find a match. Finn leaves to check on something. Jordan asks her husband about the investigation. Laura interrupts and Curtis fills them both in about his investigation. Jordan thinks he should chase his lead. Curtis is reluctant but his wife talks him into it. Laura insists on going to Canada with him. Later, Kevin and Finn arrive in Jordan’s room. Kevin is a match and could be her donor. 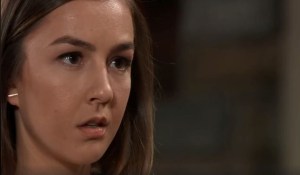 Michael takes Willow to the cabin and introduces her to his sister. Willow explains that she escaped from Dawn of Day after five years. She wants to help Kristina make an informed choice about her future. Kristina isn’t interested. Michael insists that Willow doesn’t have an agenda. Shrugging, Kristina agrees to listen. Neil gets Willow to open up. The teacher says her mom was a seeker and found Shiloh, changing their lives forever. Her mom quickly became his right hand and they were all involved in outreach. Her mother was one of the first to join the trust. A year later, Shiloh wanted Willow too. She explains how he makes people into his puppet. On the verge of tears, she explains the pledge she made and how Shiloh put his mark on her. Getting up, she shows Kristina the tattoo and then explains Shiloh had sex with her and it was disgusting. Kristina refuses to believe Shiloh would force her but Willow says Shiloh would manipulate her into it. Neil and Alexis thank Willow for coming and then Michael shows her out. Sonny smashes something and swears. Neil tries to keep everyone calm and tells Kristina she has all the information she needs to decide between Shiloh and her family.

Michael takes Willow to the waterfront and thanks her. 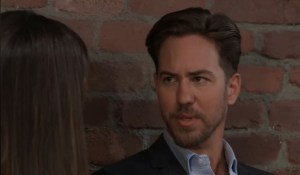 Anna finds Peter sitting on a bench by the harbor. He tells her about the delays in developing a relationship with Maxie. He’s never invested much in a relationship and is afraid he might hurt her. He’s Faison’s son and can’t change. His father raised him to be cruel and calculating. He doesn’t want Maxie to see that side of him. Anna thinks he should give Maxie more credit.

Anna joins Robert in Kelly’s. She tells him that she likes her son. Robert is sure she is still determined to find out what Alexis and Cabot did to her. He points out that Peter could be Alex’s son.

Peter and Maxie meet at the Metro Court. He announces they are going on their date and takes her hand.

Alexis has something to be thrilled about.

Alexis and Diane Don Wigs and...

Jax Returns to Port Charles and...