Alexis and Diane Don Wigs and Disguises to Fool Valerie

Friday May 3, 2019: On General Hospital today, Kim deals with returning home to an empty apartment, Shiloh visits Drew, and Sam and Jason plan to give Shiloh what he wants. 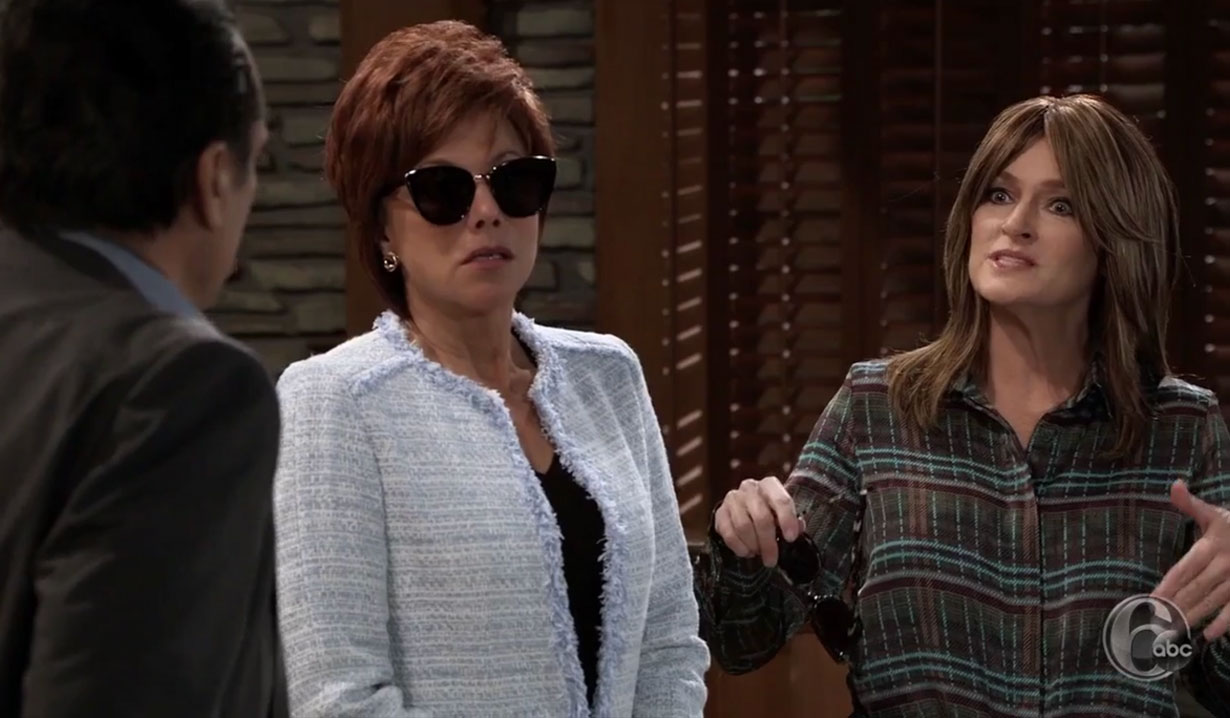 At Sam’s place, Sam tells Jason about Shiloh and the pledge he wants her to make, and she’s going to give him what he wants. Jason thinks the pledge should be about him, and should be something that could send him to prison. 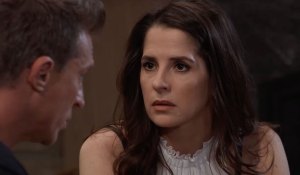 Sam reminds him that he doesn’t know anything about his activities. Jason is going to have Spinelli plant fake evidence on a hit that never happened, and she’ll use that to give to Shiloh. Jason is sure Shiloh won’t turn him in because the pledge is the leverage that he wants over her. 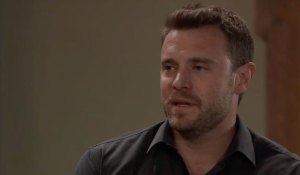 At the Quartermaine mansion, Kim is packed and preparing to return to her place. Drew asks her not to leave and stay with them for a few more days, but she insists on returning home and facing her empty apartment. She wishes she had found Drew sooner, and lets him know that he made Oscar’s last year one of the happiest. They hug and Kim departs.

Julian stops by the school to enroll Leo and runs into Willow. Willow warns him that Brad is making a mistake getting involved with Dawn of Day and their leader and convinces him to look into things before Shiloh sucks Brad and eventually Wiley into his web.

Michael runs into Shiloh at Kelly’s, and Shiloh asks about Kristina, who he says always has a place at Dawn of Day. Michael suggests maybe Kristina realized Dawn of Day isn’t for her, but Shiloh informs him that Kristina’s commitment to them is deeper than he knows. 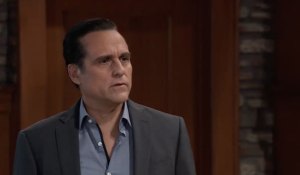 At Alexis’ place, Sonny warns Alexis that Valerie Spencer has been staking out her house. Alexis knows and has a plan. Diane arrives as Valerie, watching from her parked car, watches her enter the home. She calls Chase and suggests Alexis needs legal advice from Diane related to kidnapping Kristina. Later, Diane and Alexis appear before Sonny dressed as the other, including wearing wigs. Sonny isn’t sure this will work. Alexis departs as Diane, and moments later Diane leaves as Alexis. 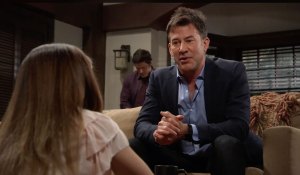 Milo and Kristina play board games at the cabin when Neil arrives to speak with her. Neil asks if she’d be up to seeing her parents. Later, Sonny and Alexis arrive, and Diana updates Alexis that Valerie is following her as planned. Kristina comes down to talk to her parents, and while she believes what they’ve done in taking her is wrong, she is starting to understand why they did it. She reveals she ooverheard her mother the other day say she no longer saw her daughter when she looked into her eyes. Kristina doesn’t know what will happen with her and DoD, but she doesn’t feel it’s Shiloh’s fault that they don’t recognize her.

Shiloh stops by the Quartermaine mansion to give Drew his condolences. The guru tells Drew that Oscar was such a great kid when he was at the house, and he loved asking for stories about Drew and his past. Drew thinks Oscar made peace with his not knowing his past, but Shiloh wonders if Drew has. Drew reminds him he can’t risk retrieving his memories and losing the new ones he has made with Oscar and his children. Shiloh tells Drew that his doors are open to him if he wants to talk anytime, and he gives him Oscar’s copy of his book, with passages Oscar liked and marked. Inside the book, Oscar used a photo of himself and his parents as a bookmark. Outside the mansion, Shiloh gets a call from Sam, who lets him know she’s recorded her pledge.

Kim arrives at her apartment to find flowers, bears, and photos set up outside honoring Oscar, many from kids from Lila’s camp and his friends from school. Julian arrives to console her. She admits she isn’t sure she’s ready to go into Oscar’s room and clean up his stuff. Julian promises to help her take things one step at a time. They head inside Kim’s apartment.

Michael visits with Willow at the school and lets her know the therapist is making strides with Kristina. Willow wants to speak with her, and Michael asks if she’s sure because it could cause problems for her and Chase. 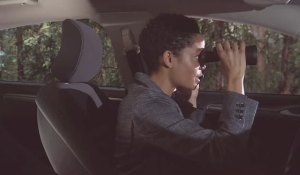 Valerie tails Diane to Kelly’s, and there Diane confronts Valerie for harassing her client Alexis by following her in an unsanctioned investigation. She tells her to cease and desist or she’ll sue her cop badge right off of her.

Back at the cabin, Kristina can’t promise to leave DoD, and if she stays she hopes they will respect her decision. Michael arrives with Willow. Willow explains she’s here to tell her the truth about Shiloh and what he does to women like them.

Laura is reunited with Robert. He asks her to attend the Nurses’ Ball with him.

Maxie tells Lulu that Peter seems to be pulling away from her.

Peter tells Anna that she doesn’t know what he’s capable of.

Willow tells Kristina that she escaped and hopes she can too.

Flashback Friday! On this day, May 3, 2010, on General Hospital Michael testified about killing Claudia, as Dante faced everyone’s wrath for turning him in.