Thursday, May 2, 2019: On General Hospital today, Kim, Joss and the Quartermaines process Oscar's death, while Shiloh asks for Sam's pledge, and Willow is ready to take the cult leader down. 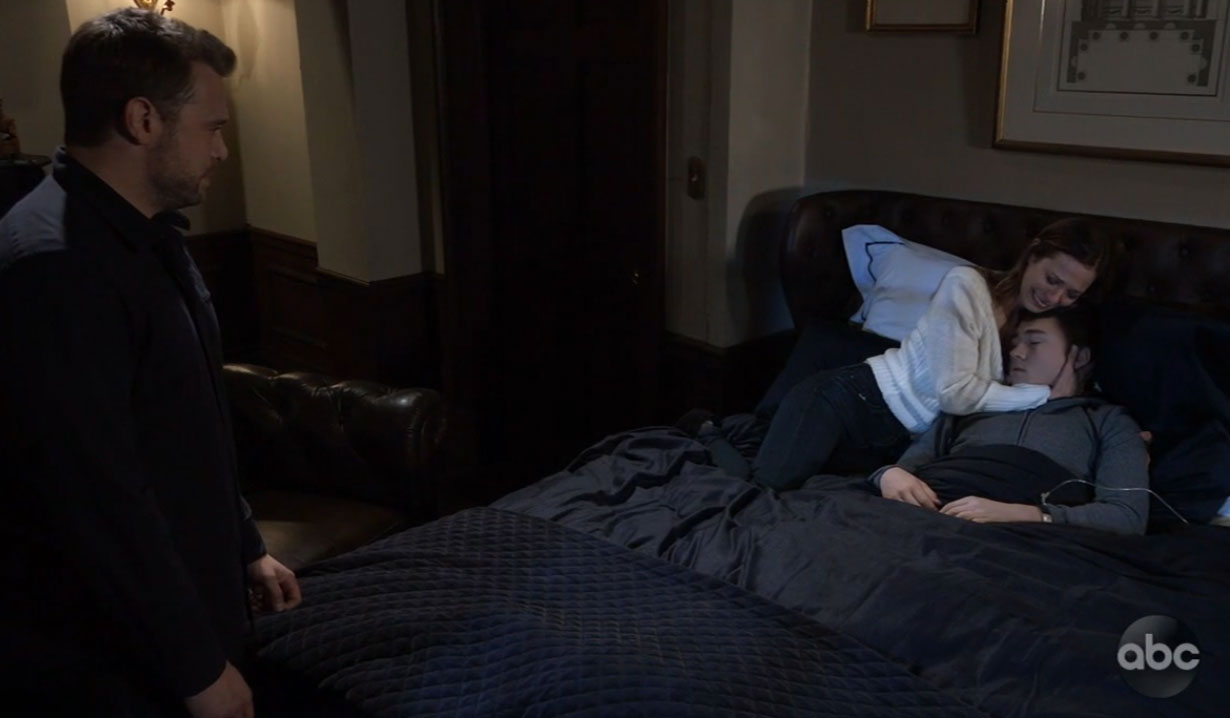 Chase finds Michael at Kelly’s and asks about Kristina. Michael puts him off and leaves. Chase calls Valerie and relays he didn’t find out anything, but he’ll keep on it. 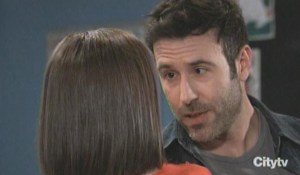 Shiloh enters Willow’s classroom and shuts the door behind him. He tells her Harmony is back in Beecher’s Corners where she belongs. Now, he wants Willow where she belongs – at her rightful place next to him. She wants nothing to do with him. He threatens her with her pledge and gives her more time to think about it. He passes Michael on his way out. Willow asks Michael to let her talk to Kristina because she is done being bullied by Shiloh. Michael will set it up. Chase visits after Michael leaves. She tells him she has agreed to see Kristina and Michael will take her to his sister. He urges Willow to tell him where Kristina is, but she fears Kristina going back to Shiloh.

More: Soap Characters Who Returned From the Dead 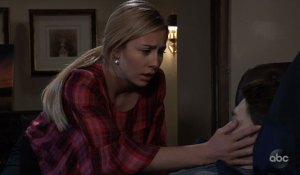 Joss wakes up in Oscar’s room on the couch. Her face falls when she looks over at Oscar. She repeatedly says his name and touches him when he doesn’t respond. Kim and Drew enter and Kim rushes over to her son. When she can’t stir him awake, Drew asks, “Is he gone?” Kim silently shakes her head and sobs as she cradles Oscar. Joss runs out of the room. Ned and Monica walk into the house and find Joss crying on the stairs. In tears, Monica rushes off as Ned consoles Joss. Monica walks in Oscar’s room to find Drew and Kim lying next to Oscar. Drew gets up to hug her as she weeps. Monica looks up and asks Alan to look after their grandson. After Monica has left, Drew holds Kim as she sobs. 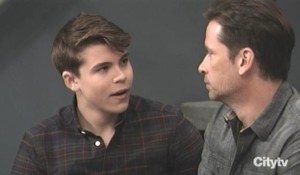 Franco runs into Cam in the hospital. Franco brings up Aiden and apologizes for calling him a bad brother; he’s a great one. Cam declares by wanting Aiden to act less gay he was protecting him from bullies. Franco knows he has his brother’s back and assures him he has his too. By the elevators, Carly gets a call from Joss, who needs her. Carly runs into Liz and updates her before leaving to see her daughter. Liz tries to find Cam, but runs into Franco first. She tells him Oscar passed away. They find Cam and gently break the news to him. Cam acts tough saying they weren’t that close; Oscar was more Joss’ friend. He insists he’s fine and walks away, but breaks down in the stairwell alone.

At home, Sam tells Jason Shiloh has a file on her and then they hear about Oscar. Sam hugs Jason and they profess their love before Jason leaves. Shiloh drops by and Sam tells him about Oscar. Shiloh tells her the dead don’t need them to wallow in their absence. It’s now about the journey she’s about to embrace. It’s also time she join the trust. He holds a recorder as he talks about her giving him a secret about someone she loves. 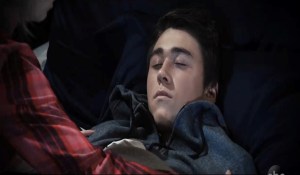 Ned finds Drew at the bottom of the Quartermaine mansion stairs. Ned says Oscar was lucky to have him as a father and they were lucky to have known the boy for as long as they did. In the main room, Ned gives Joss a copy of Oscar’s song for the Nurses’ Ball. He relays that Oscar asked for his help in finishing it for her. Carly arrives and hugs Kim in the foyer before finding Joss, who clings to her mother. Back in Oscar’s room, Drew tells Oscar no matter who he was before, he’s a better man now because of him. He thanks Oscar for coming into his life. He will be in his heart for the rest of his life. As Monica puts Oscar’s photo next to Edward and Lila’s on the mantel, Jason walks in and embraces her. Carly and Joss enter the room, followed by Drew. He announces Oscar wanted to use his inheritance to start a fund to help teenagers to apply for grants to go mountain climbing and notes Jason helped him set it up. Joss returns to Oscar’s room. She tells him to go somewhere beautiful and wonderful. She wants him to go somewhere that doesn’t hurt. She lays on his chest as she says she felt it when he kissed her goodbye. She heard him say he loved her before he left. She loves him too. She will love him forever. Alone in the main room, Joss texts Cam who is still crying in the stairwell. He erases several replies before throwing his phone down. Joss rejoins everyone in the foyer, as Oscar is being taken away. Michael is there and hugs Joss, as the Quartermaines watch the coroner wheel Oscar away.

Alexis is ready for plan B.

Jason tells Sam to make the pledge about him.

Oscar Looks Back on his Life Before...

Alexis and Diane Don Wigs and...