Thursday, April 25, 2019: On General Hospital today, Oscar has a good day, Anna and Robert take a walk down memory lane, Carly goes in for genetic testing, and the plan for Ryan is set. 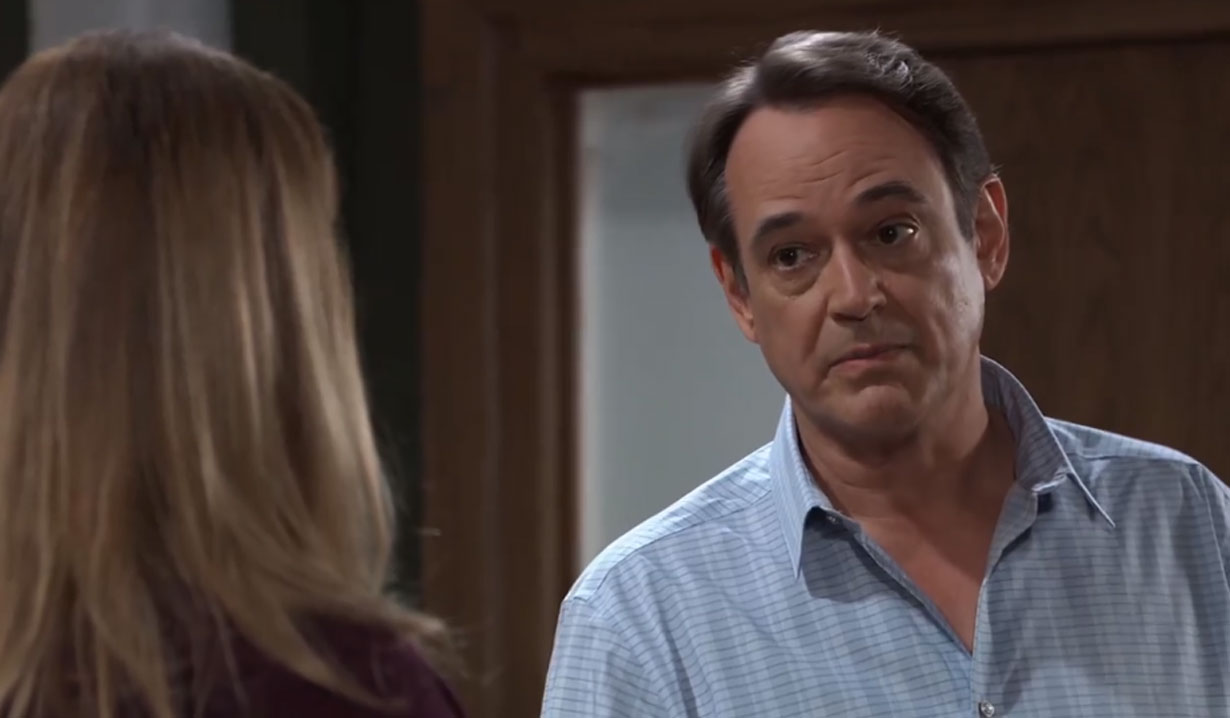 At home, Laura and Kevin bask in their love on the couch before discussing the plan to trap Ryan. He knows Ryan killed 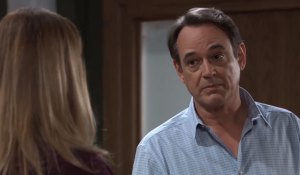 Kiki because she was Ava’s and it would make her more vulnerable to him. He blames himself. Laura hugs him. She knows they can get through this together. He vows to never shut her out again. After Kevin has left, Laura calls and leaves a message for Lulu. 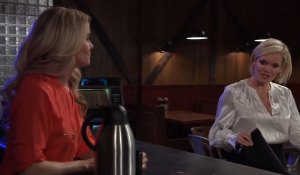 Ava enters The Floating Rib to ask Felicia if she’s ready to put their plan in action. Felicia says they have a slight problem. Ava asks what that is as Mac enters and says, “Me!” He wants Ryan caught, but they won’t help Ava kill him. Kevin walks in as Mac lays out his concerns about murdering Ryan. Kevin says it’s quite an assumption to believe that they can murder him. Kevin reminds Ava she hasn’t seen the vengeful Ryan. She retorts that Ryan has never seen that side of her either. She will make him pay like he has never before. Kevin promises to help her make that happen. They all agree to trap Ryan and turn him into the authorities.

More: Robert & Holly and other soap marriages of convenience 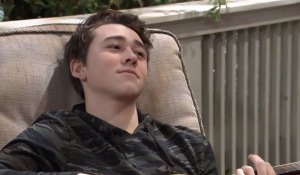 Kim watches at the Q mansion as Joss and Oscar work on their song for the Nurses’ Ball. Joss leaves after Oscar has fallen asleep and Kim and Monica discuss his condition. Oscar later wakes up to Monica and Scout. He thinks Scout won’t even remember him, but Monica promises to tell her stories about him. Drew joins them after Scout has gone for a nap. Monica takes a photo of father and son and then runs to get Kim to join them. Oscar tells his dad it’s been a good day. 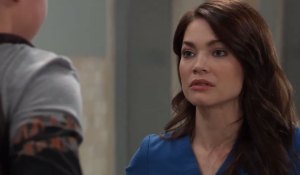 After a chilly run-in with Cam at General Hospital, Elizabeth vents to Epiphany about Cam not bonding with Franco. Epiphany reminds her she can’t force things and urges her friend to give it time. Cam runs into Joss on his way out. She yells at him for not visiting Oscar. She reminds him that when Oscar is gone, he is gone. Cam needs to be there for Oscar now; he can freak out on his own time. Cam hugs his friend and apologizes. He promises to come to the mansion, but he has to get something first. Elsewhere, Bobbie reassures Carly before going in for her baby’s genetic testing. However, she’s surprised Sonny isn’t there. Carly isn’t. She knows they deal with things differently. During the consult, Carly asks her doctor how likely her baby is to inherit bipolar disorder. The doctor can’t give a definitive answer but advises her to worry about what she can control, which is staying healthy. While walking the halls, Finn frantically searches his pockets. He sighs as he finds Anna’s engagement ring.

Joss returns to the mansion with Elizabeth, as Oscar talks to Kim and Monica alone. He tells them he wants to add Quartermaine to his name. Kim is the most important person in his life, but he feels lucky to have found the Qs. He wants them to be part of his legacy. Kim tells him to do it. She knows it doesn’t change anything between them. Monica calls it an honor. They join Drew, Joss, Liz, and Cam, who walks in with cards and peanuts to use as poker chips. Monica pulls out Edward’s chips for them to use instead. Drew joins the kids in a game of poker, as the women watch.

Outside Kelly’s, Robert tells Anna he is confident she is Robin’s mother. Anna smiles widely as she agrees. She pulls out the bracelet she found. Robert recognizes it as something he bought for her while they were on a mission. Anna knows Alex never had it. He thinks she’s been dredging up past mistakes to avoid being happy with Finn. He advises her to move forward and allow herself to be happy. How she does that is on her. She says of all the stupid things she’s done, she’s never regretted falling in love with him. He never has either. They embrace, as Finn approaches and sits with them. Finn looks pensive as Anna and Robert rehash all the life moments Anna wore the bracelet through proving she’s Robin’s mother. Anna declares she won’t look backwards anymore. She will focus on the future and make the most of every moment. Finn says, “That sounds like a plan.” Anna steps away leaving Finn to wonder if she’s covering a little bit. Robert thinks he’s misreading the signs, adding if he could ensure Anna’s happiness he would.