Oscar Will Live Out His Last Days at the Quartermaine Mansion

Thursday, April 11, 2019: On General Hospital today, Sonny and Alexis try to get through to Kristina, Michael wants to use Willow to help Krissy, and Oscar makes his end of life care decision. 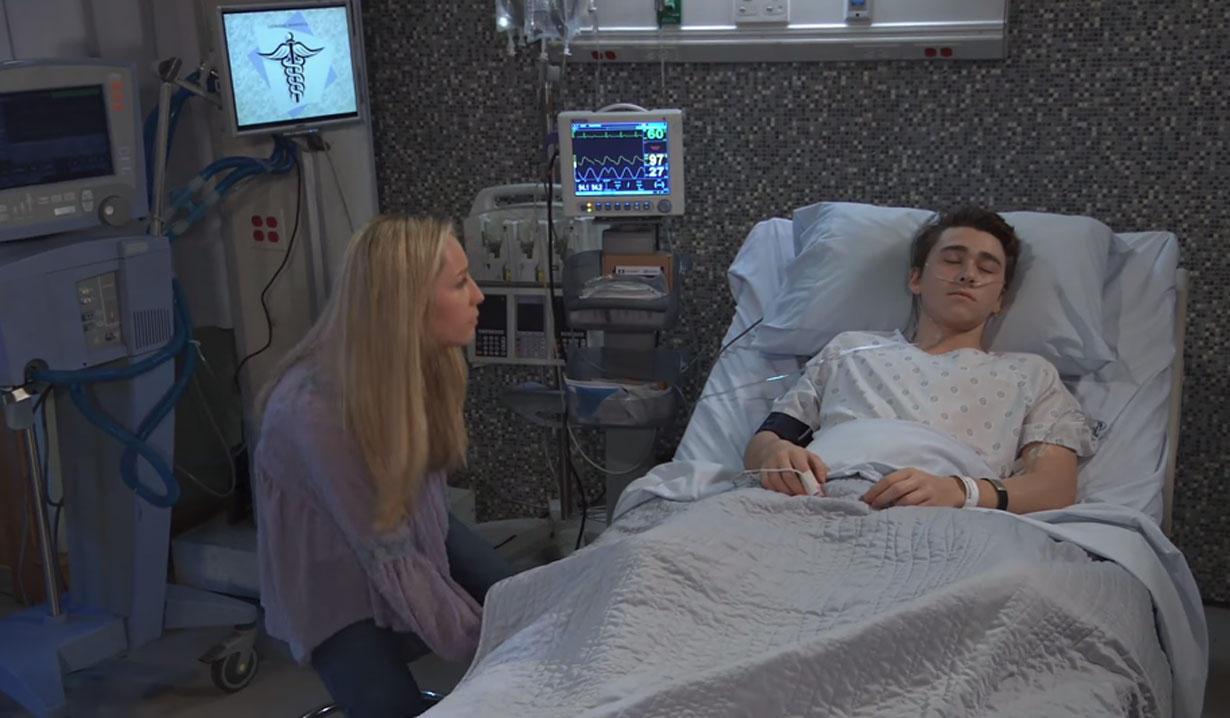 Alexis calls Sonny from Charlie’s to check on Kristina. He tells her their daughter is safe and will let her know when she can come by. After hanging up, Alexis talks with Julian, who gets a message from “Kristina” calling off work. 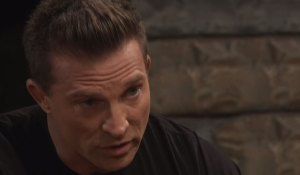 A groggy Kristina wakes up to Jason at a safe house. Jason explains what happened, which infuriates her. He reminds her he’s always done his best to keep her safe. Jason asks if she really thinks he’ll stop now.

Chase and Willow wake up in his bed together. Willow asks if it’s okay she stayed over. She’s not sure of the protocol since this is her first relationship. 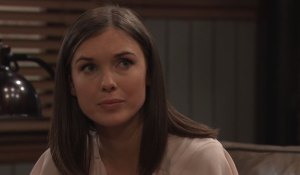 Chase assures her he’s happy she stayed and hopes it happens more. Later, Michael stops by to talk about a sting operation regarding Shiloh. Willow walks out in just a t-shirt. An uncomfortable Michael starts to leave, but Chase stops him. After getting dressed, Willow joins the guys in brainstorming ideas to bring down Shiloh. When they hit a dead end, Michael suggests they use Willow, but Chase won’t allow her to go near Shiloh. Michael counters that maybe she can talk sense into Kristina. He assures Willow he and/or Sonny can protect her and thanks her for considering his plan. 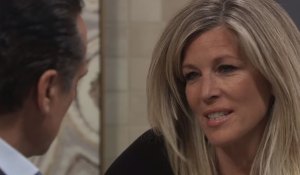 At General Hospital, Sonny waits with Carly and Joss in the lobby for news on Oscar, whose parents worry at his bedside. Oscar opens his eyes, but has trouble talking because they just took out his breathing tube. Terry asks Drew and Kim to step outside so she can examine Oscar. They oblige and meet with the Corinthoses to tell them Oscar is awake. Kim steps away to call Julian and Sonny tells Drew Oscar is in his prayers before leaving. Carly embraces her daughter who is thankful she still has time with her boyfriend. Terry walks out to the lobby and says Oscar is sleeping. Joss goes to be with him and Carly leaves to give Kim and Drew privacy with Terry. Monica joins them, as they head to a private room. Terry announces the tumor’s growth has compromised Oscar’s mobility. He’ll have trouble walking and will not regain the ground he’s lost. In her experience, once patients reach this stage, things deteriorate quickly. There’s nothing else they can do for him. Monica reminds Kim and Drew they can stay at her house as long as they need to. Drew says they will ask Oscar to see what he wants to do.

Back at Charlie’s, Julian gets word on Oscar from Kim and passes Molly on his way out to meet with her. Molly’s looking for Kristina. Alexis is sure she’ll show up and leaves as well.

Kim and Drew head to Oscar’s hospital room to find Joss reading to him. They ask Joss for alone time with their son. After she leaves, Kim gently explains the situation to Oscar. Upon taking it in, he says “This is it. I’m really dying.” Back in the lobby, Monica finds Carly and Joss to update them on the severity of Oscar’s condition. Joss falls apart in Carly’s arms. Drew returns to them to say they will be moving into the Quartermaine mansion and that Joss is welcome there any time. Elsewhere, Julian comforts a sobbing Kim, while Drew sits with Monica who falls against him crying. Joss returns to Oscar and asks what he wants to do with the rest of his life. He motions her toward him and she lies in bed with him. 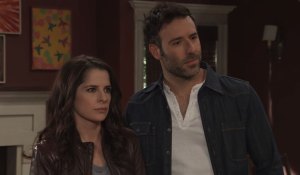 Sam enters the DoD house to find Shiloh and Harmony. They ask if Sam’s seen Kristina. Sam plays it off, saying Kristina is the happiest she’s seen her in a long time; she’s sure Krissy will turn up. As Sam and Shiloh talk, Molly barges in looking for Kristina. Molly is floored when Sam defends Shiloh and storms out. Later, Harmony tells Shiloh that the cup is gone. If Kristina took it, it could be very bad for them.

More: What makes you forgive a soap character’s sins?

Sonny enters the safe house. Kristina, in tears, runs to into her father’s arms. She begs him to take her back to DoD. Arguing ensues when Sonny tries to reason with her. Alexis arrives, further upsetting Kristina. She can’t believe her mother went along with this and threatens to have her disbarred. Next to show up is Neil, which shocks Alexis, who announces he’s her therapist. Kristina is resistant as Neil offers to listen to her. She stomps out of the room, leaving Alexis to question Neil, who explains how he ended up there. Neil warns if Kristina returns to DoD with this level of rage and sense of betrayal it’s unlikely they’ll ever see her again. Outside the cabin, Jason looks at the cup in a plastic bag. Sam calls and they catch each other up.

Ava asks Jordan if she thinks Ryan is dead.

Nora’s back to defend Kevin.

Throwback Thursday! On this day on General Hospital, April 11 2014, Britt got drunk and tried to kiss Nathan after giving Lulu and Dante their baby back.

Jason Rescues Kristina From the Dawn...

Anna Tells Robert Her Theory About...