Tuesday April 9, 2019: On General Hospital today, Ava, Felicia, and Laura plot to get Ryan out of hiding, Jordan asks Curtis for a favor, and Chase tries distracting Willow. 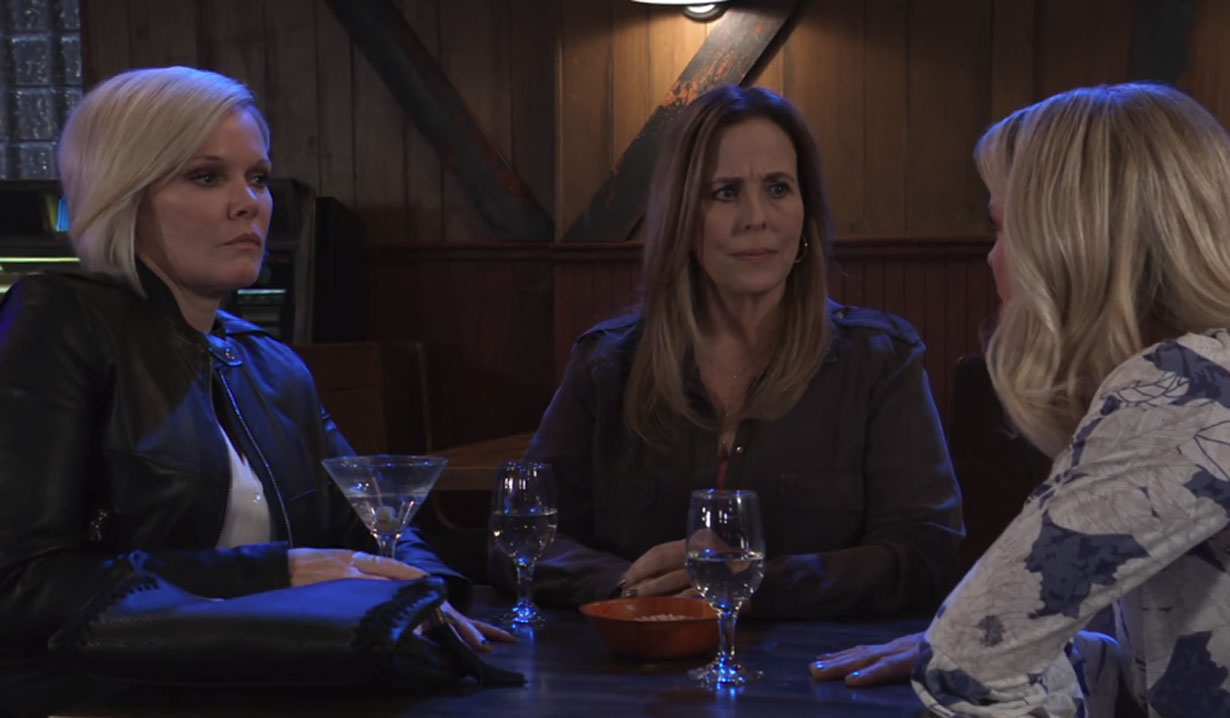 Felicia and Laura arrive to meet with Ava. She wants to discuss Ryan at The Floating Rib. Ava and Felicia are sure that he’s still alive and dangerous. Felicia is sure that Ryan will come after Ava because he’s obsessive. Ava wants to get ready for his return. Felicia thinks they should use Ava as bait. Ava is down with that, but Laura doesn’t think the mayor can be involved with vigilante justice. She quickly drops that objection and agrees to listen to their plan. Felicia thinks that Ava should find a new man and flaunt him so Ryan will come out of hiding. Laura thinks this sounds dangerous. Ava is sure she can protect herself and pats her purse. 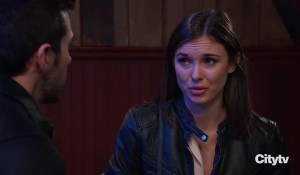 Chase and Willow arrive and sit across the room. She’s still shuddering over seeing Shiloh. Michael joins them and she warns him that Kristina is in trouble. After she tells him about her involvement in the cult, he urges her to try to get through to his sister. She warns that once Kristina is committed, there will be no turning back for her. Michael gets a text and has to go. Willow needs to get her mind off this. Chase has an idea.

Chase takes Willow to the outdoor roller disco. He talks about falling on his face and how people made fun of him. They skate around and kiss. 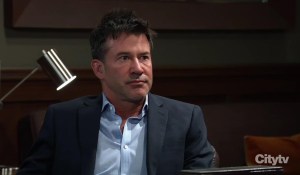 At Sonny’s request, Neil drops by the office. The shrink wonders why Corinthos called him. Sonny explains that he knows he has expertise in rescuing people from cults. Jason mentions Dawn of Day. Neil has heard of it. Jason gets a text and takes off. Neil encourages him to keep an open line of communication with his daughter. Sonny says they are beyond that and are taking steps to remove her. The doctor refuses to take part in any kidnapping. Sonny tells him about losing Morgan. He refuses to lose another child. Neil warns that exiting is difficult and not necessarily successful. The last time he tried exit therapy, it ended badly. Sonny is sure that he can help and asks him to name his price. With some prodding, Neil agrees to step in once Sonny has her away from Dawn of Day.

At Dawn of Day, Sam sneaks into the attic and finds a tattooing kit among the pillows and candles. She starts taking photos. Downstairs, Shiloh chats with Harmony about Kristina. She brings up Sam and he changes the topic. “I found her,” he announces, explaining that he’s run into Willow. They head up to the attic as Sam hides. Harmony tells Shiloh how eager Kristina is to join the trust. He explains that she has promised an ‘inconvenient truth’ about her family. They head back downstairs and Sam sneaks out. 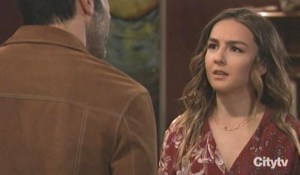 Kristina comes down, eager to get started, Shiloh tells her he wants her to meditate on her commitment and be certain. He explains that the ritual will bond her into a sisterhood. Once she has completed the trust, he will meet her to finish the initiation. Harmony comes in with Kristina’s initiation garment. Harmony takes a picture of them together. Once Kristina has changed, Shiloh takes her to the attic, where he has her sign a copy of her trust offering. She just wants to make him proud. He strokes her face. 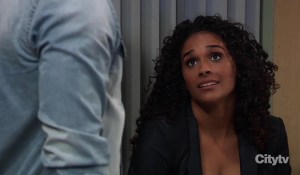 Curtis meets Jordan at the hospital after her dialysis session. She nearly collapses. He wants to get a doctor, but she refuses. She tells him about her argument with Margaux over closing the Ryan case. “Dude just got a free pass,” Curtis says, agreeing that the DA made the wrong call. The cops can’t do anything, so Jordan asks him to go after Ryan. He doesn’t want to leave her when she is in ill-health. Curtis says that if she doesn’t start recuperating, he’s going to have to tie her to the bed. She gets the results on Ryan’s hand. He was alive when it was severed. She assumes he could have survived.

Michael meets with Sam and Jason. He tells them that Willow was in Dawn of Day. Sam shows them the pictures she took. Michael explains the initiation ritual and how it ends with Shiloh having sex with the new member. Sam thinks that her sister would be happy to sleep with him. Jason decides to act immediately and sends Michael back to the bar. Sam warns Jason that they only have until midnight.

Alexis is desperate to talk to Sonny. 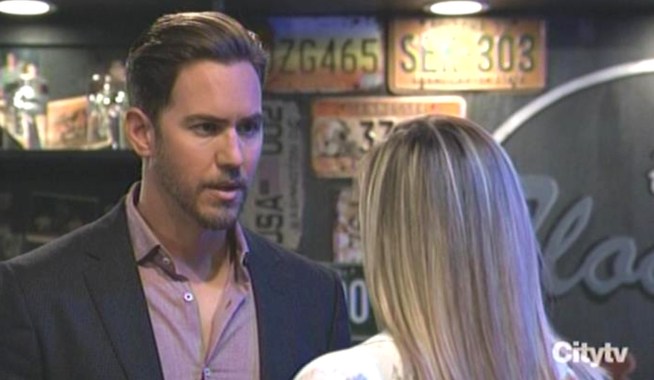 Jason Rescues Kristina From the Dawn of Day House 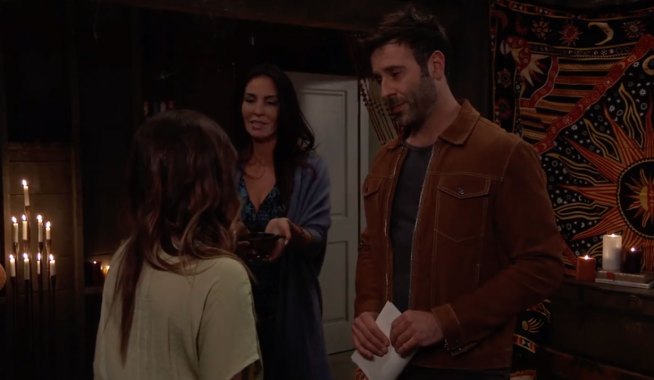