Jason Disarms Dante Which Forces Him to Seek Anna’s Help 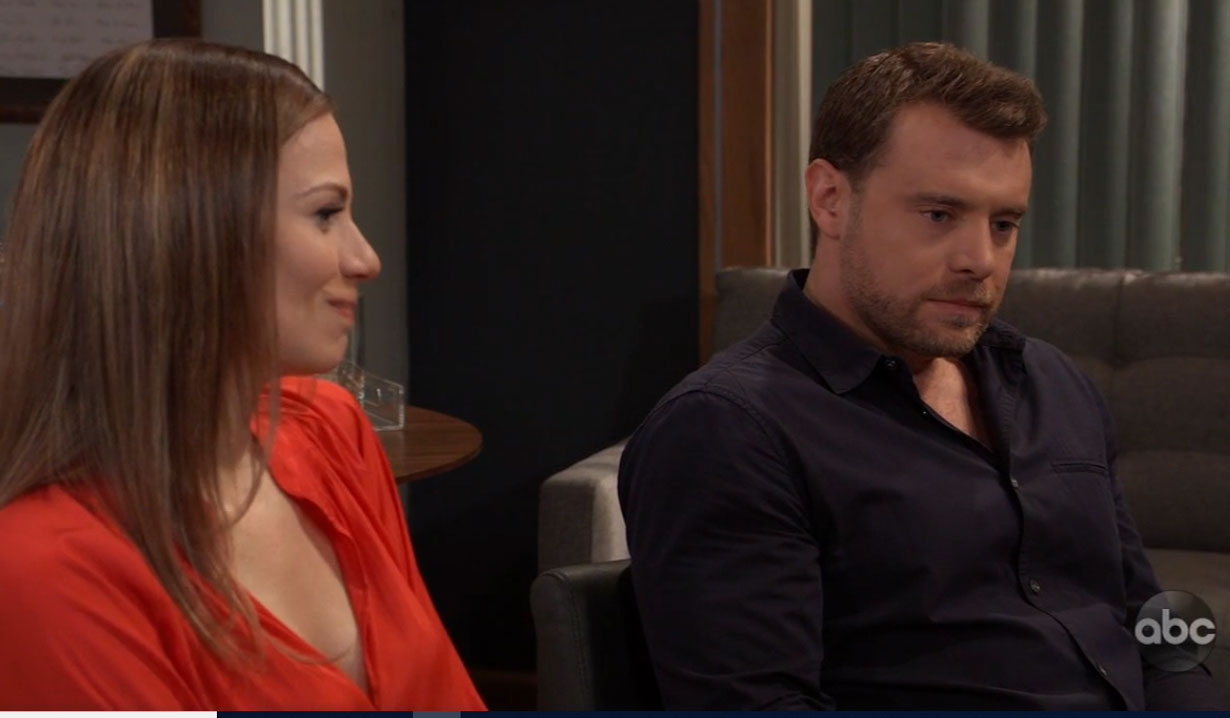 Upon discussing Alex at General Hospital, Anna and Finn run into Robert. Anna asks her ex to do some research on the scientist who died from her past. She wants to know if it was hers or Alex’s memory. After Anna has left, Robert warns Finn that Anna can 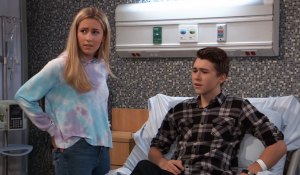 never really fall in love and she’ll eventually push him away, but encourages him to fight for her. In Oscar’s room, Joss is eager to check more things off his bucket list and suggests they plan out their act for the Nurses’ Ball. Cam stops by while doing his community service. They take the opportunity to tell him Oscar doesn’t have much longer to live. Cam remains upbeat, but his face falls when he’s alone. Meanwhile, Kim and Drew meet with Monica in her office to talk about Oscar. Monica suggests they prepare Oscar for the end. Kim gets called away for a patient consult, leaving Monica note how strong Drew has been for Kim and Oscar. She asks how he’s really doing. He says he’s okay. She counters he wouldn’t be human if he were and encourages him to break something before all the pain he has bottled up breaks him. He appreciates her support, but he doesn’t think that will help his son. She urges him to treasure every second he has with Oscar no matter how brief. When Kim returns, Monica suggests that Kim, Drew and Oscar stay at the Q mansion so he’s surrounded by his loved ones. They agree it’s Oscar’s choice.

More: Hillary B. Smith back to GH as Nora Buchanan

In the outdoor corridor, Chase is thrilled to hear Willow say she’s staying but asks what made her change her mind. She talks about Shiloh and how she has to protect herself. Chase acknowledges her need to do it on her own but assures her he has her back. They engage in more flirting before she runs off for her meeting.

Valentin brings Charlotte to Lulu’s with a welcome home gift for Dante. Lulu says he’s out but he will wait to open the gift 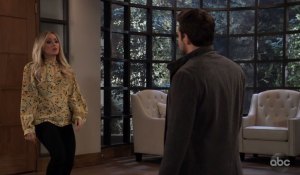 when she returns next week. Charlotte runs off to grab a sweater and Lulu thanks Valentin for bringing her by. He says it was the girl’s idea; she hopes having Dante back will make Lulu smile again. The co-parents discuss Charlotte’s schooling before Valentin takes Charlotte to a party. Later, Chase stops by to talk to Dante about coming back to work. Lulu hedges that he hasn’t had a chance to think about that yet, but Chase urges her to get Dante to call him. 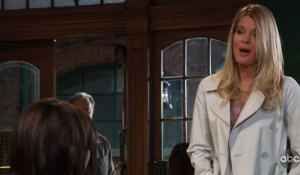 Nina finds Liz at Kelly’s. After discussing Franco, they tackle the situation between their children. Nina wants to make a new start, especially now that Ms. Tate is leaving. Elizabeth is surprised by this information because Willow is meeting her there shortly. Nina sits with Valentin at a nearby table when Willow shows up to assure Liz she isn’t going anywhere. Nina makes snide comments about the teacher, as Liz explains to Willow about Aiden being bullied for his perceived gender identity. Willow assures Liz she will monitor the situation and then walks over to tell Valentin and Nina that she is staying put.

Dante drinks at the Metro Court bar when Carly approaches. As they catch up, Jason enters and the three of them discuss Sonny’s rescue mission. Dante zones out as Carly relays the details she got from Sonny. There’s a crash behind the bar and Dante grabs a knife. Jason quickly intervenes and calmly tells him to let it go. Dante stares intensely at Jason for a few beats before eventually relenting. Shaken, Dante makes several apologies. Carly tells him it’s understandable. Dante exits and leaves a message for someone that he has a problem. Back at the bar, Carly and Jason discuss their worry for Dante before moving on to Shiloh. Jason admits he attacked Shiloh so he would know how easy it would be to make him disappear.

Dante meets with Anna at the coffee shop. He tells her about what just happened at the Metro court and how he didn’t remember picking up the knife. She asks if he’s suffering from PTSD. He responds that’s the least of his worries – he thinks he’s been brainwashed. Anna recalls her own experience being brainwashed and warns him about a trigger they implanted in him so he completes his mission. Dante is worried he’s supposed to kill someone and explains his dream to her. He declares he’s not in control and he’s getting worse. She advises him to seek treatment at a remote place in Wales, where she received help. She can make the arrangements, but says he should leave as soon as possible.

Anna returns to the hospital, where Finn draws her into a deep kiss.

Dante walks into the house and tells Lulu he has to leave.

Sasha say she’s not who Nina thinks she is.

Willow Stays in Port Charles After...

Kevin Suggests Laura Divorce Him as...