Molly Tells Kristina Dawn of Day Is a Cult 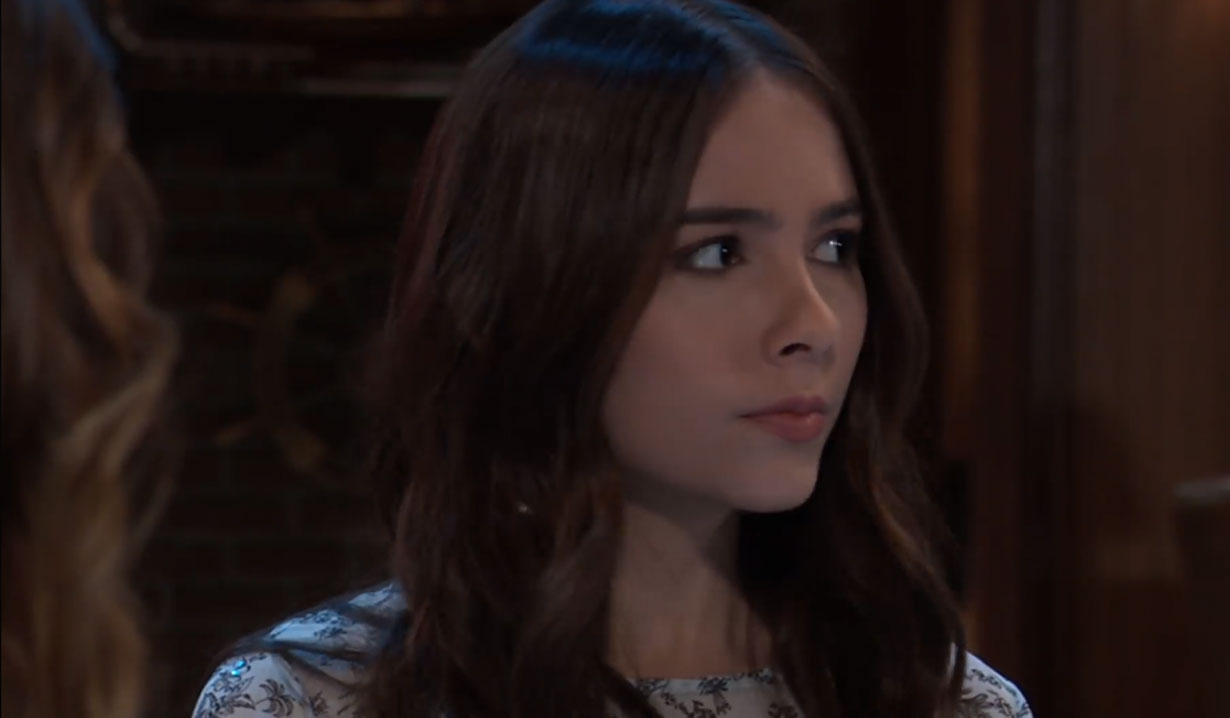 When Ava sees Kevin at General Hospital, she storms over and slaps him, yelling that he killed her daughter. Scott pulls her off him explaining Ryan is gone… the man she’s attacking is Kevin. Ava doesn’t know what to believe until Scott shows her 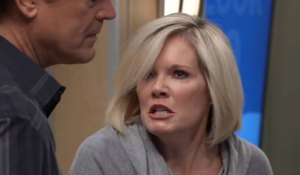 Kevin’s hospital wristband proving it’s him. Kevin asks Scott to leave them alone to talk. After Scott reluctantly walks away, Kevin tries but fails to get through to Ava. He urges her to find someone to talk to, but Ava recalls that’s how she got herself in this mess in the first place. She will not make that mistake again. Elsewhere, Lulu and Laura catch up. Lulu assumes her mother and Kevin can pick up where they left off, as Alexis finds them. She learns about Ryan and assures Laura she has nothing to worry about concerning her divorce – she and Kevin are as married as ever, but they will have to sign some paperwork. Laura puts it off, so Alexis tells her to call when they’re ready. After Alexis has left, Laura explains to a confused Lulu how Kevin knew about Ryan for months. Lulu wonders if they can work it out. Later, Laura runs into Kevin as he’s being discharged. Kevin asks if she wants him to come home. She doesn’t think it’s a good idea right now. Ava walks by a poster with Kevin’s face on it and rips it up. Scott returns to hold her as she crumples to the ground in tears. Meanwhile, Drew finds Kim in Oscar’s room, while their son is out having tests done. Kim muses that this could be the last room Oscar ever stays in. Shiloh appears, explaining that Oscar reached out for information on alternative treatments. Kim and Drew are unreceptive, so Shiloh leaves. Kim and Drew realize Oscar has been putting on a brave face for them, but he reached out to Shiloh hoping for a miracle, afraid of what happens next. They hug as they admit they’re afraid too.

More: Justin Hartley teases This Is Us future 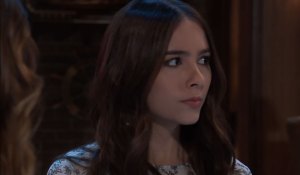 Sam enters Charlie’s while talking on the phone about the DoD symbol. She hangs up as her sisters walk in. Sam and Molly grab a table as Valerie enters to talk to Kristina. Valerie apologizes for their previous conversation, hoping they can agree to disagree about DoD. Kristina doesn’t think they can make things right, citing Shiloh’s words about ridding her life of negative energy. Kristina accuses Valerie of not being honest with herself and the women continue to argue. Valerie storms out. Kristina joins her sisters at their table explaining she is freeing herself of toxic relationships. Molly learns of Sam’s increasing involvement with Shiloh and becomes puzzled. Alexis arrives as Sam gets a message and leaves. Alexis updates her daughters on the Ryan/Kevin situation, pointing out she went to a serial killer for therapy. Kristina suggests she come to DoD for help, which enrages Molly. The sisters bicker until Alexis assures them she’s found another therapist already. After Kristina steps away, Molly vents to her mother about Kristina’s obsession with DoD. Alexis is cautious, but not worried as long as she’s not hurting herself or anyone else. When Molly rejoins Kristina, she accuses DoD of being a cult. 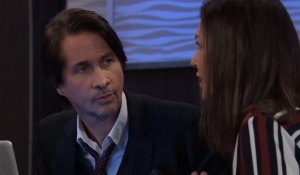 Andre meets Anna at the Metro Court and gets caught up on Jordan’s condition. Anna then tells him she was part of the study that laid the groundwork for his memory work. Anna asks if he can help her figure out which memories of Alex’s she received. Finn joins them as Andre searches his records for data on Cabot’s study. Finn peruses them and says Cabot succeeded in transferring memories from patient 2 (Alex) to patient 1 (Anna). Anna desperately asks which memories are Alex’s and which are hers? Finn says she might not know, but there’s someone who does. Anna says, “My sister Alex.” At the bar, Valerie orders a drink as she flashes to kissing Kristina. 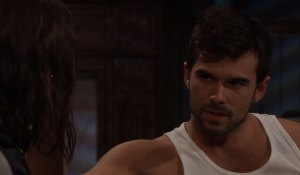 Willow stops by Chase’s apartment and kisses him when he opens the door. Chase is surprised. Willow notes how busy they’ve been since Valentine’s Day; she didn’t want him to think she was losing interest. He feels the same and suggests they take a walk in the park. They return soaked from the rainstorm. Willow can’t look away when Chase takes off his wet shirt. She then changes into one of Chase’s sweatshirts. They sit on the couch and drink wine while her dress dries. Chase admits he likes her. He wants to spend more time with her to see where things go. Is that something she would want? She responds, ‘Very much,’ and they kiss until the dryer beeps. Chase runs off to get her clothes. As Willow dresses in Chase’s bedroom, it’s revealed she has the DoD tattoo on her back.

Anna is desperate for information.

Sonny asks where his son is.