Kevin Tells Laura How Ryan Survived and Where He’s Been

Wednesday March 13, 2019: Today on General Hospital, Harmony confronts Shiloh about Sam, a drunken Ava is out to kill Ryan, and Valerie feels she's losing Kristina to Dawn of Day. 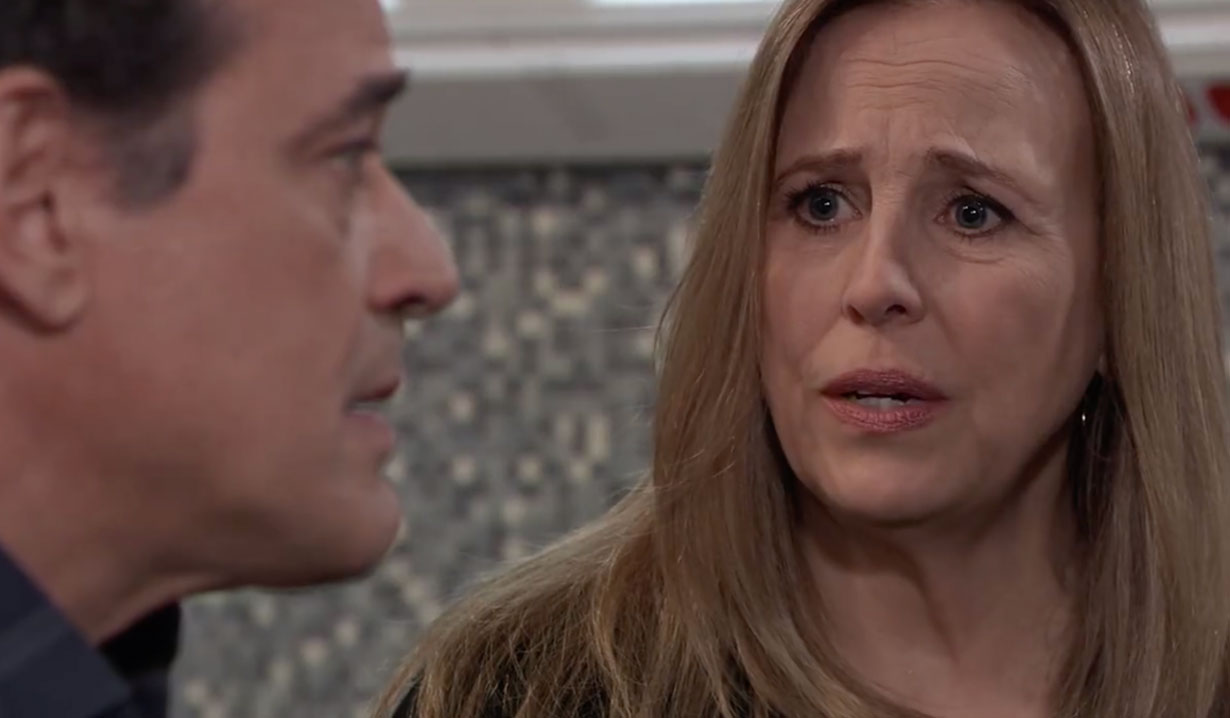 Jason finds Sam at his place. They share a kiss, and she fills him on her visit from Kristina’s friend Daisy begging for forgiveness, and the tattoo on her back. 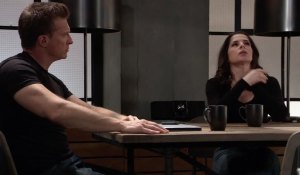 Sam believes the tattoo is connected to Dawn of Day. They watch a video of Shiloh at a DoD rally earlier in the day, and she calls Shiloh and his group a cult. They read up on cult tactics and hope they can figure out Shiloh’s game before Kristina gets in deeper. 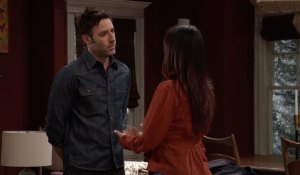 At the DoD house, Harmony raves to Shiloh about how amazing his speech was. She feels reinvigorated being with him, and believes she belongs in Port Charles. He refuses to entertain the idea, which she thinks is because he’s obsessed with Sam. He claims he is not obsessed with Sam, but she wonders what happened to the man who professed his love to her, who she got tattooed for. She reveals a tattoo on her back similar to the one Daisy has. He swears his love for her has only deepened and moved past the physical and into the spiritual. He insists she return to Beecher’s Corner to continue her work. Before she leaves, he asks if she’s heard from “her.” Harmony tells him that she hasn’t been able to find her. Shiloh tells Harmony if she can, then he’ll allow her to move to Port Charles and be with him. Harmony promises to make him proud. 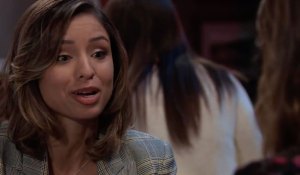 At Charlie’s, Kristina and Valerie stop in after the big DoD rally. Valerie was looking forward to spending time with Kristina, and she feels like she’s losing her friend to DoD. Valerie believes DoD is a scam and Shiloh is only interested in Kristina’s father’s bank account. Kristina refuses to believe that, and claims Shiloh is helping people. Valerie tells her she’s blind and storms out. 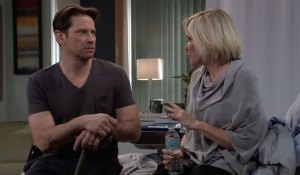 A drunk Ava arrives at General Hospital looking for Kevin. Franco hears her making a ruckus and takes her to his room. He gives her some water to sober up and offers to listen to her. Ava rants about Ryan calling her a goddess, worshipping her and being so nice to her. She had such hope because of him, and prays he is still alive so she can kill him. Elsewhere, Cam arrives and checks in with Liz. He apologizes for how he reacted to the news about Franco, and admits he was just afraid, but thinks his mother was right to have faith in him. Liz and Cam go to check on Franco. Ava leaves them, but not before thanking Franco for the talk. Cam apologizes to Franco for thinking the worst of him, but Franco doesn’t blame him and explains why he had to keep Jordan’s plan a secret. Laura checks in on Kevin in his room. He can see again and is being released. Kevin has been following the news and knows they haven’t found Ryan, and wonders if he could still be alive. Laura admits she doesn’t understand how Ryan got to Ferncliff in the first place. Kevin explains he was contacted by the DVX, who had an operative who had become problematic and they were going to eliminate him if someone didn’t take him off their hands. He discovered it was his brother, who had lost touch will all reality. Kevin learned that after surviving the funhouse fire, Ryan fled the country and joined the DVX and performed special projects for them until he became a burden. He took Ryan in and tried to help him, only to get played by him. Laura asks how long he knew Ryan was alive, and he admits he’s known since May of 2018. Laura lashes out at him and points out if he had turned Ryan in immediately then he wouldn’t have been able to escape, kill three people and almost kill her daughter. Kevin admits he was hoping to help his brother and redeem him, and he regrets his mistake. Laura doesn’t know how to process this and points out people died because of his misguided loyalty to Ryan. She understands he wanted to help Ryan, but can’t understand why he couldn’t talk to her about it. Laura runs off in tears. Kevin tries to follow her, and Ava spots him.

Kristina returns to the DoD house and Shiloh tells her that after her good work at the rally that he believes she is a candidate for his circle of trust, the people closest to him and understand what they are really doing at DoD. She would be honored, but he senses she seems upset. He assumes it has to do with her friend Valerie. Kristina explains that Valerie is angry with her and DoD. Shiloh tells her she can’t move forward if she insists on surrounding herself with negative people.

Anna wonders to Finn which memories of hers could belong to Alex.

Chase asks Willow, “Is that something you would want?”

Kristina tells Sam and Molly if they can’t respect her choices then they don’t get to be in her life.

Shiloh visits Drew and Kim and tells them, “Miracles are more common than you think.”

Lulu wonders why her mom is not rushing to invalidate her divorce from Kevin.