Tuesday March 12, 2019: Today on General Hospital, Jason is stunned to see Joss in Niagara Falls, Sonny finds someone to help him locate Dante, and Brad becomes nervous around Michael and Willow. 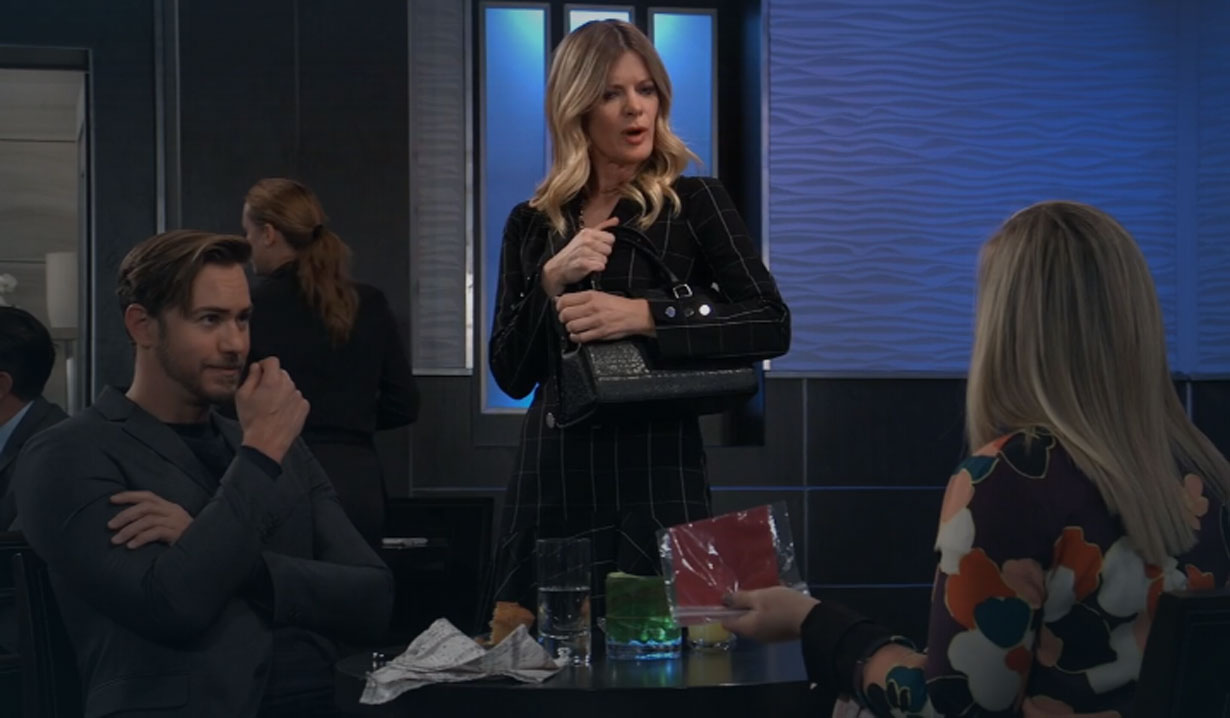 In a Niagara Falls hospital, Jason sits at Carly’s bedside and assures her the baby’s fine. She rants about everything that’s happened. Jason confirms Ryan was the patient in Ferncliff trying to communicate with her and switched places with Kevin. Jason’s just glad Carly’s alive and recaps how he found her. Carly’s stunned that Ava was the reason Jason found her. In another room, Drew and Kim tell Oscar and Joss that a chopper is coming to take them back to General Hospital for more testing. Oscar becomes upset and wants to visit The Falls with Joss but agrees to Drew’s idea to have the chopper fly over The Falls. Later, Jason finds Joss in the hallway. After Joss explains why she’s there, Jason says she doesn’t need to wait to get home to see Carly. It isn’t long before Joss rushes into Carly’s room, gives her mom the same story she gave Jason then learns Carly is pregnant. “Aren’t you too old to be pregnant?” Jess blurts then backtracks. She just needs time to get used to it then confides how she’d planned 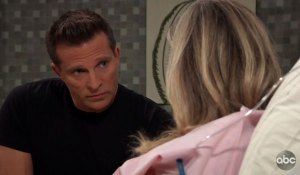 to have sex with Oscar. Over talk of the seizure, Joss admits how scared she was and worries how bad the next one will be. Carly holds her daughter. Joss is lucky to have her and says the baby will be too. Back in Oscar’s room, he opens up to Drew about wanting to be intimate with Joss. Drew confirms Oscar loves Joss, and she him, then explains there’s more to intimacy than the physical aspect. Oscar realizes how lucky he is and hugs his father. Later, Joss is allowed to wheel Oscar to the chopper and return to Port Charles with him. Jason goes back to Carly, who admits she thought she would die. Carly cries and says she knew Jason would save her.

Sonny walks into a restaurant in Ankara and reads a text from Robert, wondering where Sonny is. When a kid, (played by Ashton Arbab), tries to pickpocket him, Sonny grabs his hand. The 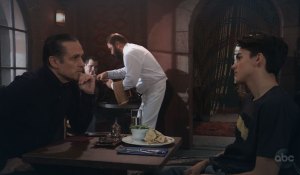 kid begs Sonny not to turn him in, so Sonny covers when a waiter appears. Sonny gets the boy a meal then shows him a photo of a man. Fear overcomes the boy. Sonny then shows him a photo Dante – his son, and says he needs to find him. The boy warns Sonny his son is gone. Sonny knows it’s a possibility but begs the boy to help him just to be sure. If he does, Sonny will help him too. “Hey American,” the boy says. “Let’s go find your son.”

Sasha joins Valentin at the Metro Court bar and warns him to block the DNA test Maxie is surely to run after grabbing her hair sample. Across the room, Maxie shows Peter the hair she snatched from Sasha. Nina appears and sees the hair. Maxie claims it’s a grey hair she found and plans to go get a color. Nina gives Maxie some work orders then spots Valentin and Sasha. After she walks away, Liesl talks to Peter about a new column idea in relation to Faison. Peter holds his temper. Nina joins Valentin, who makes an excuse for being with Sasha. He questions what Maxie was freaking out about. Nina explains the drama was about Maxie’s grey hair. On her way out with Sasha, Nina stops by to joke with Maxie about going grey then leaves. Liesl becomes suspicious of Maxie’s ‘grey’ story, as Peter grabs Maxie and leaves. Valentin appears and accuses Lisle of betraying him. Liesl kept her end of the bargain but Valentin warns Nina better not find out about Sasha. Once alone, Liesl begins writing a letter to her own column.

Brad finds Willow at Charlie’s Pub and they argue about Wiley. Brad still wants his paternity kept a secret. Michael appears and wonders how his Godson is doing. He soon convinces Brad to show him and Willow the latest photos of Wiley. After Brad texts Michael the photos he rushes off. Michael gushes over his own copies, and Willow says, “Aren’t you the lucky one.” Willow comments how strong Michael is after losing his child. Over talk of the future, and relationships, Willow claims she and Chase are just friends. After Nina and Sasha walk in, Nina rants to Sasha about Michael being with Willow. Nina goes to talk to Willow and argues with her about being with Michael. Once it’s clear Willow isn’t Michael’s girlfriend, Nina relays the news to Sasha and claims Michael’s another reason for her to stay in town.

Maxie and Peter find Brad at the lab. They want a DNA test for a friend. Maxie explains someone may be trying to pretend to be her friend’s child. She hands over the samples and orders him to only share the results with her and Peter. Valentin watches from outside the lab window. As Brad agrees to run the test, Valentin calls someone. He has a job for them immediately and orders them to drop whatever they’re doing.

Jason and Drew have a realization.

Ava is in a state. 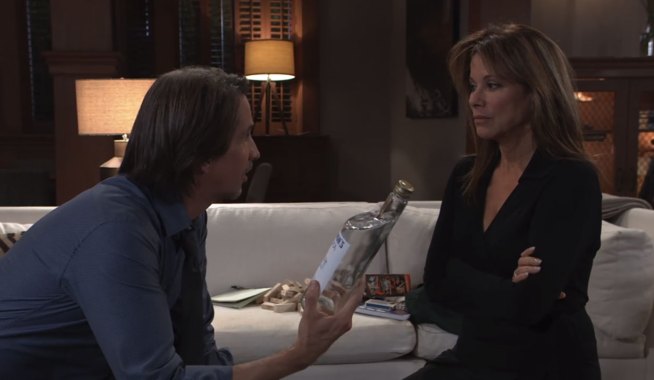 Kevin Tells Laura How Ryan Survived and Where He's Been 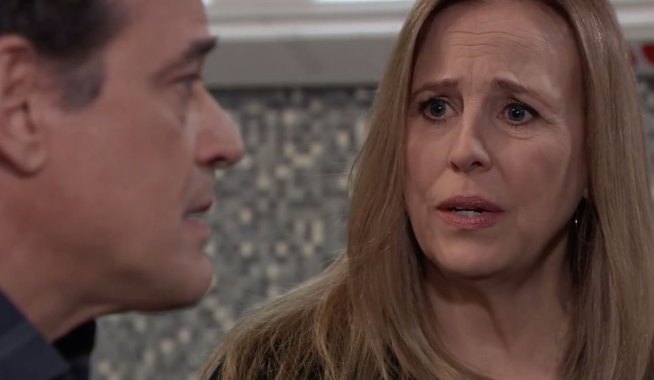