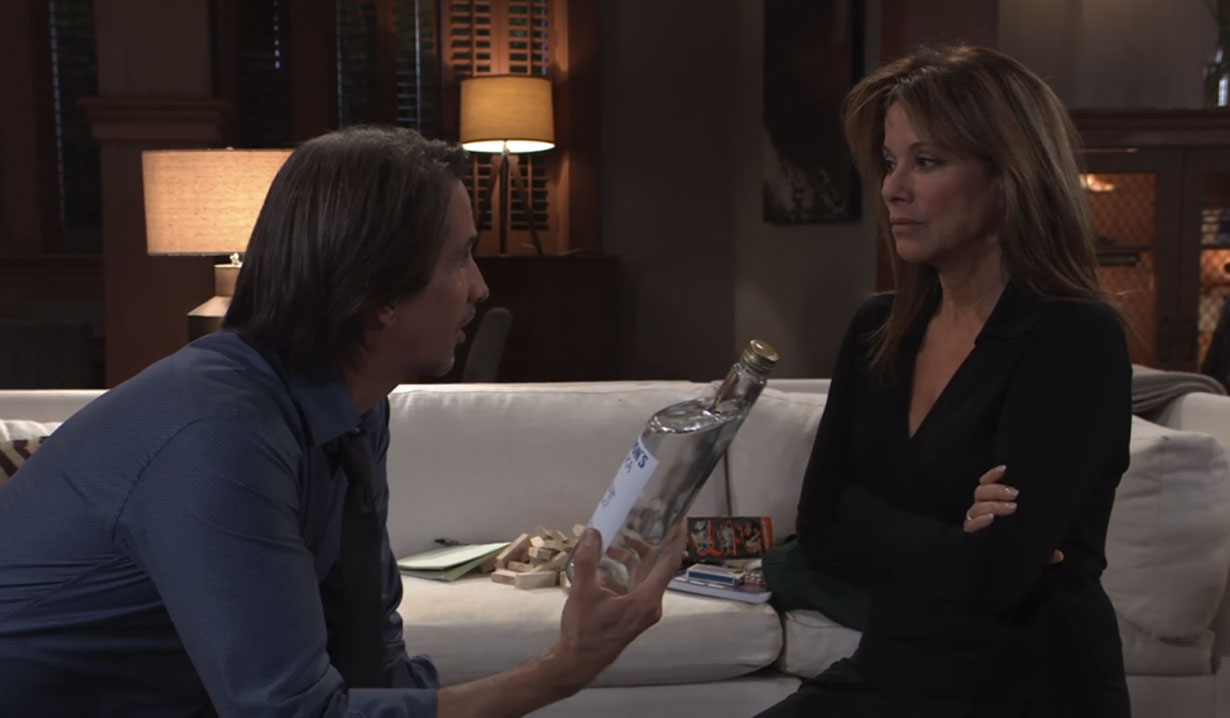 Finn shows up at Alexis’ following her call. She can’t handle being alone with a bottle of vodka. He pulls out Jenga to distract her. She keeps losing. He gets her to wash her feet in the vodka. The doctor asks what she was running from when she bought the bottle. Alexis explains that she couldn’t stay asleep because she was dreaming of the ‘dangerous’ Julian she fell in love with. That’s the one she dreams about. She complains about being like this and can’t handle being out of control. Julian did horrible things to her, but she still wants him. He reformed himself for her, but she doesn’t want that version of him. Only the one who hurts her makes her feel normal. Finn says drinking won’t help anything. She thanks him for coming and he leaves. 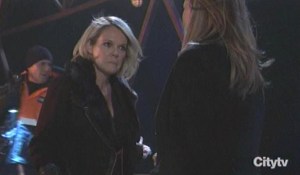 On the bridge in Niagara Falls, Laura is relieved that Jason has saved Ava. The cops arrive and Ava can’t understand what just happened. Jason runs off to search for Carly. He calls Spinelli to get tips on where she might have been dumped. Meanwhile, the cops tell Laura that ‘Kevin’ is likely dead if he went off the bridge. She’s relieved. Ava is livid to hear it. She insists that Kevin was just having a breakdown but Laura repeats that it was Ryan and he swapped places with his brother. Gradually accepting this, Ava assumes the swap must have happened this morning. Laura tells her it was months ago. Ava refuses to accept this and accuses her of making things up to make herself feel better. The mayor offers to get her a ride back to Port Charles to see Kevin for herself. Ava isn’t looking forward to having him confirm that the time they shared was all a lie. She collapses in tears and calls Kiki’s name. Elsewhere, Carly crawls across the bank but falls. When she tries again, Jason pops up and helps her onto the ledge.

In Ankara, Robert and Sonny discuss Dante’s situation. Sonny wonders if his son was grabbed as leverage against him. Sonny paces and Robert assures him he’s not that important. They debate strategy and Robert makes it clear that Sonny is not on his own turf. Robert leaves for a minute, but when he comes back, Sonny is gone. 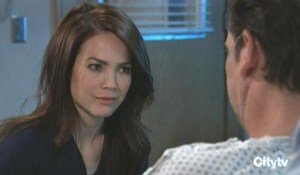 At the hospital, Franco slips Liz’s ring back on her finger and apologizes. That’s not enough for her. He lied to her and she’s stuck with the mess. Liz doesn’t think she can trust him again. It’s too hard on her and her boys. He wants to explain but she says he’s ripped the fabric of their family apart. Franco thinks they can work on repairing that and he only did this to protect people. He did this for Kiki and refuses to say his choice was wrong. She’s not sure she can live with that and walks out. Down the hall, Curtis drops in on Jordan with some ice chips. He’s not happy to see her working on her laptop. She won’t rest until Ryan is behind bars. TJ and Stella arrive and his mom notices he’s been tested. He explains that he was tested to be a kidney donor. Curtis has been tested too. Even Stella got tested. Jordan is moved. 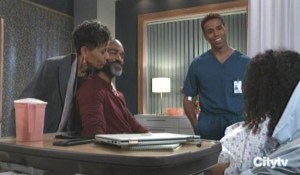 Stella tells her how happy she is that Curtis chose a strong woman who will keep him on his toes. TJ and Curtis head down the hall. They discuss how stubborn Jordan is. Curtis admits he’s scared but he knows she’ll fight, and they’ll get through this as a family. After Jordan is left alone, Liz comes in to check on her. They quickly start bickering about what she did to Franco and her family. She blames the commissioner for devastating her children. Jordan would do it again and suggests Liz think twice about who she lets into her life. Moments later, Curtis returns, and talks with his wife about Liz and Franco. Back down the hall, Liz returns to Franco’s room. He’s asleep but she can see from his phone that he’s been looking at pictures of the kids.

Sonny does something useful.

Sasha has a warning for Valentin.