Tuesday March 5, 2019: On today's General Hospital, Sam discovers something unusual, Jason finds out Carly is missing, and Oscar and Joss decide to take the next step. 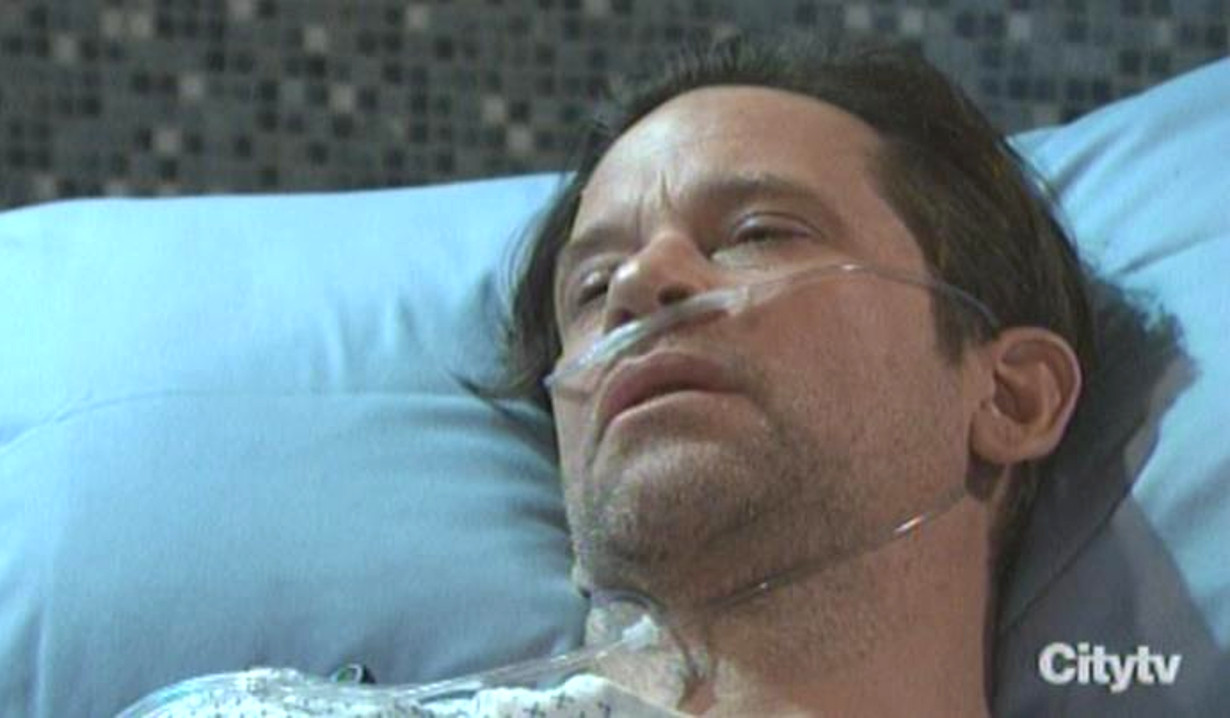 Kristina arrives at Dawn of Day with Bridget (played by Breana Raquel). She introduces her to Shiloh and explains she found Bridget living in a parking lot. 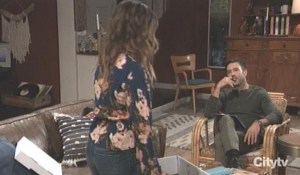 Shiloh sends her to the kitchen to eat and tells Kristina how proud he is of her. They discuss Sam and her ‘unhealthy’ relationship with Jason. Daisy joins them but Shiloh announces that Kristina is going to help him with tonight’s seminar. Daisy is crushed when he demotes her to putting the refreshments out. When she protests, he reminds her of the emails she sent to Sam. Once she’s gone, Kristina assures Shiloh she’s ready to take the next step, even financially, and explains that Michael loaned her the money she’ll need. 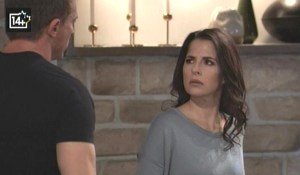 Jason is at the penthouse with Sam. He’s put the kids to sleep so she asks him to help her clean up. He looks for an excuse, but she makes him stay. They make out and then start putting toys away. As they do, they also discuss how to maintain the front that they’ve split up. He’s worried that Shiloh caught them kissing. Shiloh gives her the creeps. They worry about Kristina. He remembers he needs to meet Carly and leaves. Later, Daisy arrives and apologizes to Sam. She admires the penthouse and then explains she needs her forgiveness so she can move forward. Sam forgives her and they hug. Thrilled, Daisy thanks her and starts cleaning. When she bends over, Sam sees her tattoo and asks her what the symbol means. Daisy claims she has no clue. Frazzled, she leaves in a hurry.

Back at Dawn of Day, Shiloh opens a website that has the same symbol that was tattooed on Daisy. He says he has plans for Kristina. 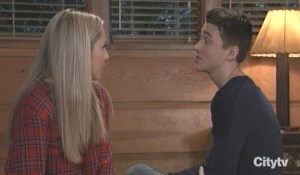 Oscar, Joss, Cam and Trina arrive at a motel in Niagara Falls and bicker about Cam’s bad driving. Trina thinks being stuck there could be a good thing. She announces that she and Cam are taking the other room and leaving the couple to themselves. Oscar muses about the falls and how they will be there long after they are all gone. He wonders if their being alone means something and looks over at the bed. She’s happy he’s finally ready and they hold hands. Next door, Cam and Trina talk about her reputation as a party girl. She says she hasn’t earned the reputation and assures him she’s not into him. He’s relieved and they watch TV.

In the Ferncliff basement, Laura and Kevin are amazed to discover an escape route. She’s eager to go but he won’t. They bicker about this, but he insists. Eventually, she kisses him and goes, promising to be back for him. 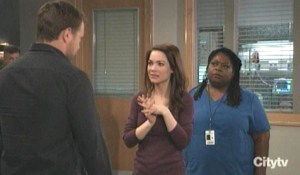 At the hospital, Epiphany visits Liz while she sits at Franco’s side. She sends Liz out so she can change Franco’s dressing. Drew arrives to check on him. Epiphany isn’t thrilled to hear that Liz married the artist. She’s not crazy about his crimes but assumes there must be something good about him. She leaves them alone. Liz tells Drew that Franco insisted his confession was a lie and Ryan was the killer. Chase interrupts and says Ryan’s body was never found. He tells them about Franco’s message for Jordan and the attack on ‘Kevin’. None of this makes sense to Liz so she asks Drew to track down Kevin. Franco wakes up and Liz rushes back in, followed by Chase. The detective asks him why he called Jordan. Franco tells them about their plan to bait the killer. He asks if Liz believes him and insists Ryan is the killer. Laura arrives outside, looking for the commissioner. She tells Drew that Franco is not the killer. They call Chase out and she tells him that Ryan is the killer and has Kevin locked up. Chase returns to Liz and Franco to say the mayor has confirmed that Ryan is the culprit. Liz assures Franco she never thought he was guilty. He just wants to go home.

When Jason goes to the garage, he tries calling Carly. He hears her phone ringing on the ground behind him. After he finds the phone, he yells her name.

Ryan Locks Carly in Truck of...

Laura and Jason Team up to Find...