Monday March 4, 2019: On General Hospital today, Chase and Curtis figure out Jordan's plan, Felicia has a realization about 'Kevin', and Kevin and Laura may have found an escape route. 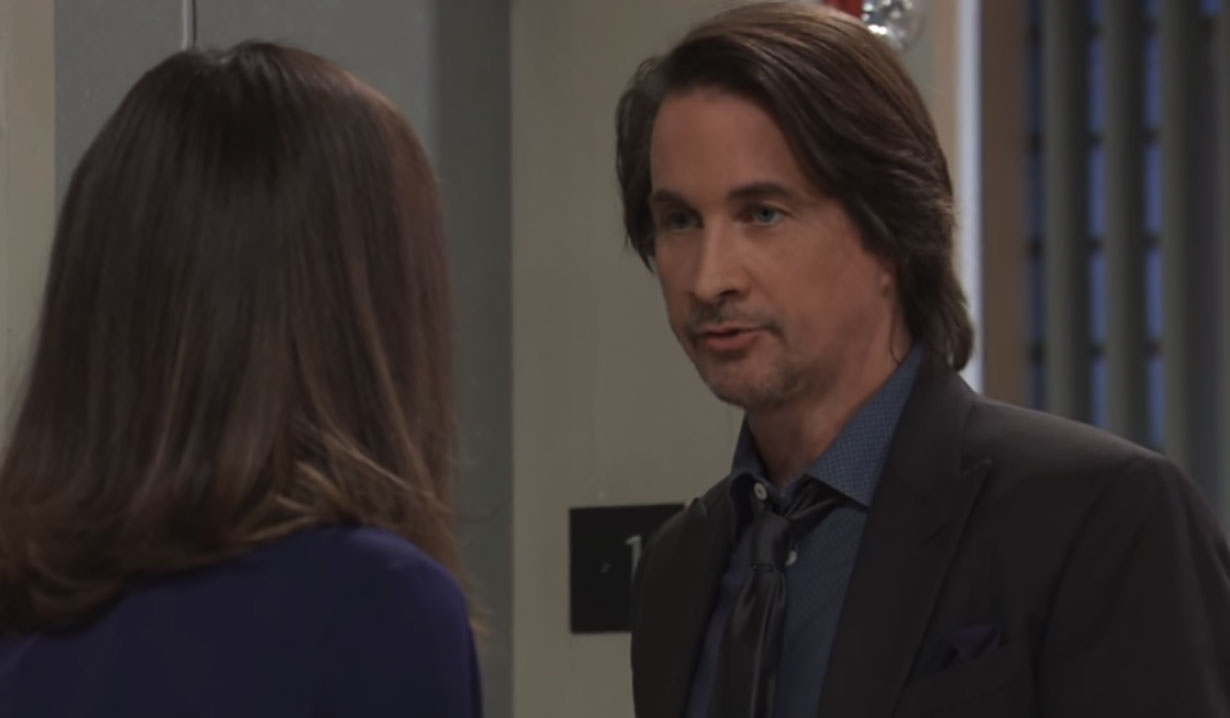 At the hospital, Anna calls Andre and leaves a message. She admits to Finn that he may be the only person who can tell her if her memories are her own. He reminds her that she may never know which memories belong to her sister. This makes her upset. He warns that she may need her sister’s help. Down the hall, Curtis notices that Jordan received a message marked urgent, but he can’t access it. 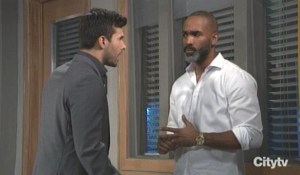 Chase shows up and asks after her. Curtis asks him who would be listed as urgent on his wife’s phone. The detective thinks it can wait until she’s awake, but Curtis asks him to have it cracked open. Once Chase reluctantly does this, Curtis listens to the message. It’s Franco saying the plan worked and Ryan is the killer. Chase explains that Franco told Liz the same thing before he was ‘accidentally’ stabbed by ‘Kevin’. Curtis tells him that Franco was likely telling the truth. Anna and Finn show up and interrupt. The cop explains what they suspect about Franco. Anna says it’s too much of a coincidence that so many people are talking about Ryan. Meanwhile, Lucy drops a box when she overhears Mac and Felicia discussing Ava marrying ‘Kevin’ tonight. She refuses to believe that Doc would do that, but Mac points out he’s been acting strange for a while. Felicia runs off to find him. Lucy still can’t believe it. She thought she and Doc would reunite. It was possible to wish him well with Laura, but not with Ava. 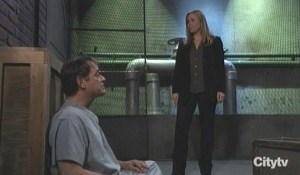 In the Ferncliff basement, Kevin admits to Laura that they are in trouble. She doesn’t think they should give up hope and is ashamed that she ever thought Ryan was him. When she talks about how honest Kevin always was with her, he starts explaining his brother’s escape. She notices the name Danzinger written on the wall. Kevin explains he was a serial killer and would have been kept there. She wonders how Danzinger escaped. She notices that ‘Cu’ is written after the name. Kevin guesses that means copper. They find a copper pipe. When he twists it, the wall opens to a tunnel.

At Charlie’s, Ava tells her brother that she’s getting married tonight. He’s not excited for her. She says that losing Kiki has taught her to cling to anything that makes her happy. ‘Kevin’ is the first man she’s ever wanted to vow to spend her life with. Julian tells her that a couple has to take each other as who they really are. She says that ‘Kevin’ accepts her as who she is and she believes he’s his true self with her. 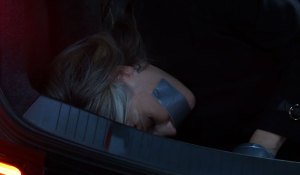 In the hospital garage, Ryan tells himself it’s time to go. He turns around and finds Carly lurking behind him. She confronts him about marrying Ava. He reminds her of how many times she’s married Sonny. Carly changes the subject to Wilson. She asks if it could be a pseudonym for Ryan. He insists that she’s imagining things. When she says she’s going to keep searching, he says she’s on to something and pops his trunk. Moments later, he’s polishing his tire iron and Carly is gone. Felicia hurries up to him. As she lectures him about Ava, he says it’s hardly a life and death situation. That sounds familiar to her. Startled, she stares into space until Ava interrupts. After Felicia takes off, Ava gets in the car and Ryan sticks her luggage in the trunk on top of a bound and gagged Carly.

When Felicia returns to Mac and Lucy, she tells them that Kevin wouldn’t listen to her. She flashes back to a conversation with Ryan and then says that ‘Kevin’ has been acting like Ryan. 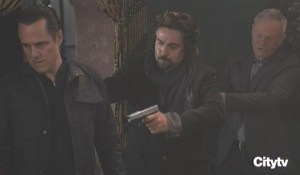 In Ankara, Turkey, Sonny tries to get in on a poker game. The players are reluctant, but once he’s disarmed and searched, they let him join. As they play, Sonny brings up Raj Patel. The game breaks up for a moment and the men assume Sonny is a cop. When they return, they ask if he’s with the WSB. One of the men pulls a gun. Sonny wrestles it away and is then held at gunpoint by their leader. Robert suddenly rushes in and declares that he’s a WSB agent. There is a tussle and one man is shot. The leader admits that Dante was there asking questions and left. All of them still have their guns out. Sonny suggests they call this a draw and let them leave. Robert and Sonny back out. Outside, Robert tells Sonny that they are meeting someone in a few hours who could have useful information.

Franco Reveals Ryan Is the Real...