Friday February 22, 2019: On General Hospital today, Anna gets answers from Cabot, Jordan explains the next part of her plan to Franco, and Shiloh takes Sam to The Tower. 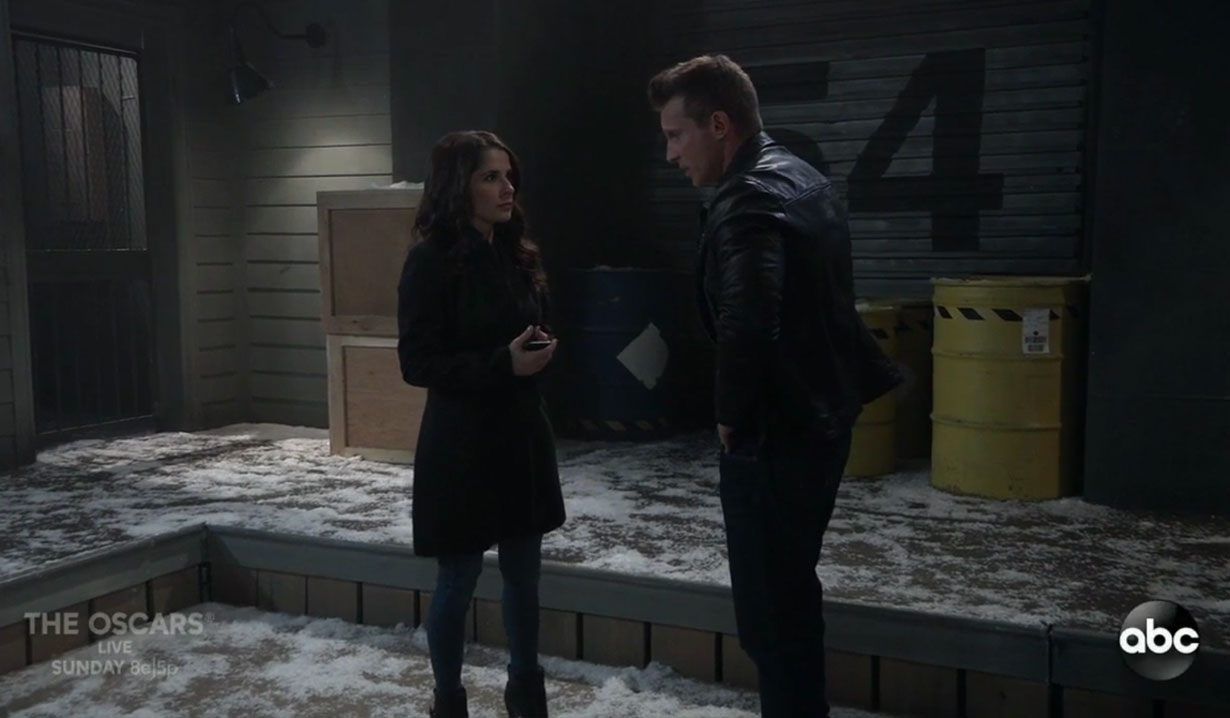 At the hospital, Robert promises Sonny that he’ll bring Dante home, but this is a politically charged situation and they can’t charge in and get him. Robert leaves, and Sonny calls Brick for help. Elsewhere, Drew tells Curtis that he feels Franco has some kind of agenda or ulterior motive in pleading guilty. Curtis believes Drew’s hunch is correct and there is something bigger going on. 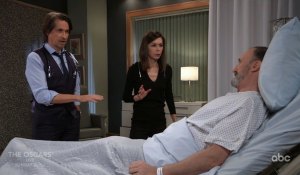 In Cabot’s room, he explains that Anna doesn’t remember participating in his study because she wasn’t supposed to. She blows up, and Finn drags her out into the hall to calm her down. Anna wonders how Kevin played into this seeing his twin has been dead for years. Robert rejoins Finn and Anna, and they return to questioning Cabot. He reveals the true objective of his study was to transfer memories from one person to another, that Anna and Alex were members of the first trial, and she was given Alex’s memories. 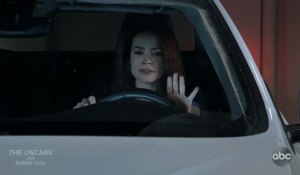 In the garage, Terri finds Liz sitting in her car crying. Liz explains Franco has pled guilty, and she knows he is innocent and something else is going on. Terry thinks she needs to stop crying and scream in order to get her anger out. Liz screams, and laughs she feels a little better. She thinks she can handle going into work now.

More: Could we see AMC and OLTL reboots?

On the docks, Sam tells Jason that she has to go with Shiloh no questions asked so he trusts her. Jason loads a tracking app on her phone, and she promises to keep her eyes open. 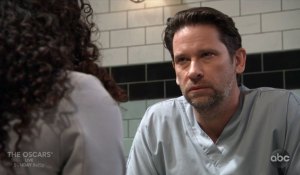 At Ferncliff, Jordan wants Franco to give an interview to a reporter and brag about the killings in order to hit the real killer where it hurts, his ego. She gives him a burner phone to use as a last resort, which he immediately uses to try and call Liz, only to find out the phone only makes calls to Jordan. In the basement, Laura has been screaming for help, but Kevin tells her to rest because it’s doing no good. Kevin blames himself for this, but she thinks he had to have been surprised that his brother was alive and that’s how he got the jump on him. Kevin struggles with how to explain the truth to her. 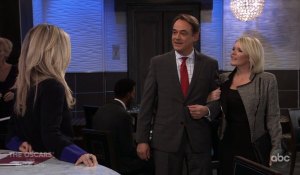 At the Metro Court, “Kevin” and Ava order a bottle of Carly’s best champagne to celebrate their engagement, and she wonders what his wife would think about this. “Kevin” and Ava go to the bar, and he tells her to order a drink because he has to wrap up a few loose ends and will be back soon. Meanwhile, Shiloh meets with Sam. She asks where he is taking her. He explains it is a surprise, but will dispel her doubts about DoD. Later, Sonny arrives and talks to Carly about what he’s found out from Robert. Carly realizes Sonny is going to find Dante, and encourages him to bring his son home. 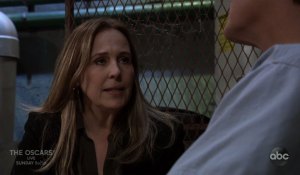 Back in the basement of Ferncliff, Ryan arrives, pulls out divorce papers and demands Laura sign them. She refuses, so he threatens to mortally wound Kevin and leave him to bleed out if she doesn’t. Laura signs the papers, and Ryan locks them up and leaves. Kevin promises Laura they will get out of this and he’ll remarry her all over again. Back in Franco’s room, Jordan says she is going to bring one of her detectives in on this, but he needs to do his part and have his lawyer arrange an interview with a reporter. Jordan leaves, and Franco uses his daily phone call to contact Scott. 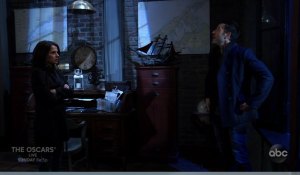 Shiloh takes Sam to a lighthouse, “The Tower,” and explains after Afghanistan he was homeless and led there. They climb the stairs to the top. Jason is not far behind but stops when Sam calls him and puts him on speaker so he can hear what is going on. At the top, Shiloh explains he slept there for the night, only to be woken by a brilliant beautiful light, the dawn of day. At that moment he realized he was supposed to bring this light to everyone. He asks her to spend the night with him and see the light for herself. Jason meanwhile draws a gun and proceeds up the steps.

Ryan returns to the Metro Court and shows Ava the signed divorce papers. They celebrate with a toast.

Back at GH, Anna doesn’t believe Cabot’s experiment worked on her, but realizes Andre used Cabot’s work and perfected it with Jason and Drew. Meanwhile, Drew heads to the garage and gets into his car. As he’s driving, he’s hit with a terrible headache, passes out, and runs down Jordan.

Back at The Tower, Jason is stopped as he ascends the stairs and is stuck with a headache and tumbles down the steps. Sam and Shiloh rave out and find him unconscious at the bottom.

Blind and in the hospital, Drew asks if he hit someone.

Curtis asks Stella what is going on.

Anna asks Cabot if he transferred memories from her sister to him.

Maxie gets the DNA results.

Nina asks Sasha to stay for the wedding.

Valentin asks Peter for a favor. 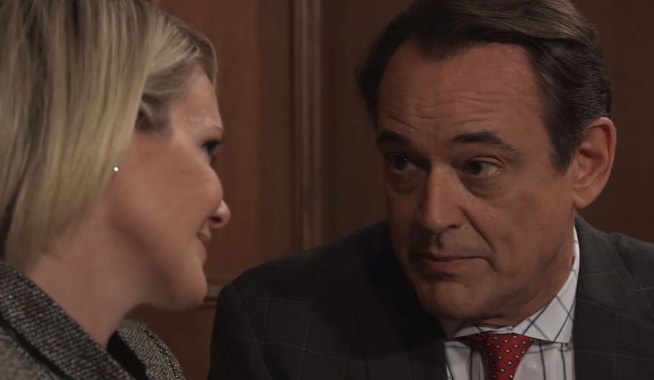 Jordan Takes a Turn for the Worse and Maxie's Plan Fails 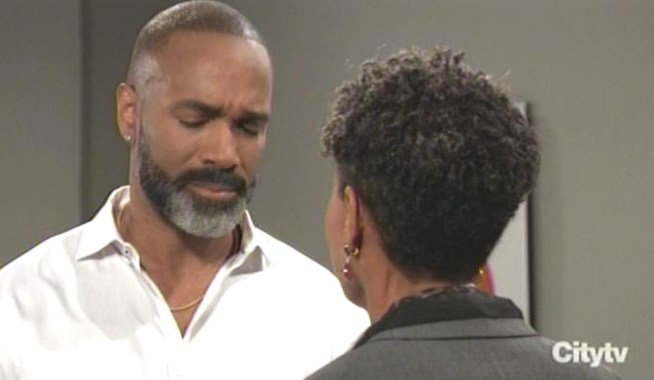