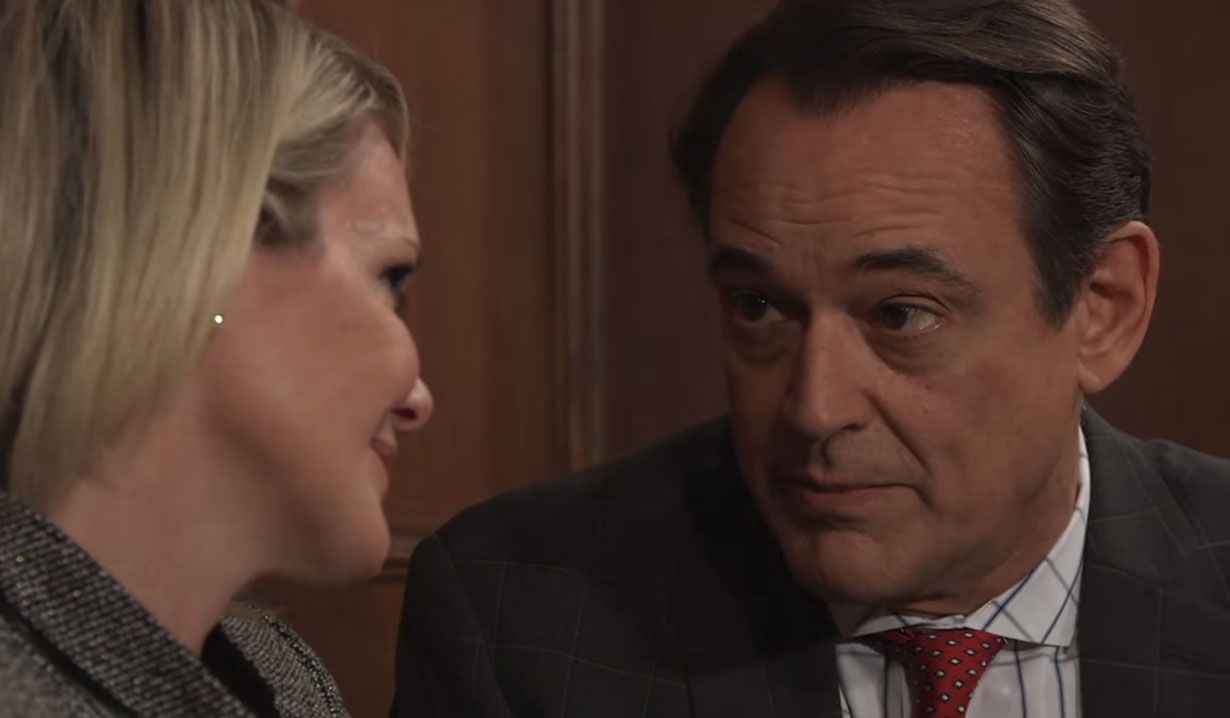 Elizabeth storms into her home and picks up a photo of her and Franco. She’s about to smash it when Drew comes to the door. She opens it and tearfully falls into his arms. As they move inside, Liz asks why Franco would plead guilty. Cam walks 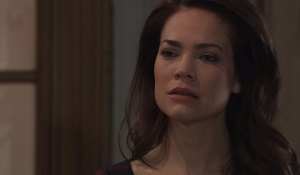 downstairs and overhears. When Liz continues to defend Franco, Cam furiously goes off on her and storms out. Elizabeth wonders if Cam is right, but Drew asks her what her gut tells her. She believes Franco’s innocent but doesn’t understand why he didn’t trust her to tell her what is going on. She vows to continue to fight for him. Drew is happy to hear it and pulls out the wedding rings she threw at Franco.

At home, Sonny nags Carly about reducing her stress during the pregnancy. He doesn’t want to take a chance on her health. Joss walks in, asking if her mother is sick. Carly covers and Sonny leaves. Joss asks Carly if she can go to Niagara Falls with her friends, promising it will just be a day trip. Cam shows up as Carly remains against the idea of their road trip. A frustrated Joss heads outside with Cam, who tells her about his mother and Franco. They both agree they need to get out of there. Joss suggests they leave for their trip tomorrow. 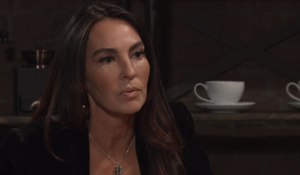 after she met with Jason. She thinks Jason is determined to bring Shiloh down and urges him to leave Port Charles. He insists everything will be fine as long as he keeps Sam close. Harmony wonders what his deal is with Sam. He finds her fascinating and wants to take her to “the tower,” which rattles Harmony. She hopes he knows what he’s doing and walks off. 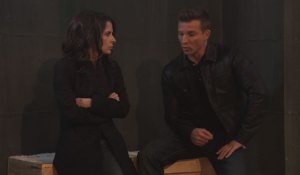 Sam and Jason meet on the docks. After discussing the kids, Jason details how Shiloh was a suspect in someone’s drug overdose until one of his followers stepped up to take the fall. He points out Shiloh is more of a threat than they thought. Sam thinks it’s all the more reason to meet with him tonight. Jason insists he trail her and that they put GPS on her phone. He won’t risk losing her again. Sam gets a call from Shiloh, who wants to meet at the Metro Court.

Ava approaches Franco in the courtroom to ask how he could hurt Kiki. Franco silently looks at her with tears in his eyes. Unnerved, Ava walks over to a smiling Kevin. She questions his demeanor. “Kevin” responds he’s glad it’s finally over for her, but Ava doesn’t understand why Franco would plead guilty to a crime he didn’t commit. Curtis passes them on his way into the courtroom. He sits with Lulu, who doesn’t feel the closure she expected. Across the room, Jordan asks Franco how he is. He chokes out that because of her stupid plan he may have lost the only person who believed in him. Jordan knows he’ll prove his innocence by drawing out the killer. Lulu watches them leave the room and falls into Curtis as she flashbacks back to her attack. Outside the courtroom, Ava admits to “Kevin” that she started to feel insecure about their relationship when she couldn’t get ahold of him before the arraignment. “Kevin” knows people have disappointed her, but he won’t be one of them. To prove it, he asks her to marry him. Taken aback, Ava reminds him he’s already married, besides, it’s too soon after Kiki’s death. Kevin states they don’t have to do it right away, but he feels like a god when he treats her like the goddess she is. After Ava expresses more doubts, “Kevin” promises that whatever they face in the future they will face together. Ava says, “What the hell. Let’s do it. Let’s get married.”

After Franco is processed at Ferncliff, Jordan visits him in his room to offer assurances. She wants him to give a tell-all interview to lure out the killer. 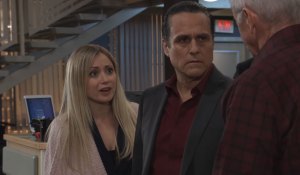 Once Cabot’s bandages have come off at General Hospital and he can see again Anna and Finn demand answers. Cabot says Alex was one of his subjects in his study on the link between twins. He adds that Anna was a participant as well, she just doesn’t remember it. At the nurses’ station, Sonny finds Lulu with Curtis. After they catch him up on the arraignment, Robert interrupts to tell Lulu and Sonny they tracked Dante to Turkey, but that’s all he can tell them. Lulu walks off as Robert admits to Sonny that Dante has gone rogue and the bureau won’t intervene. 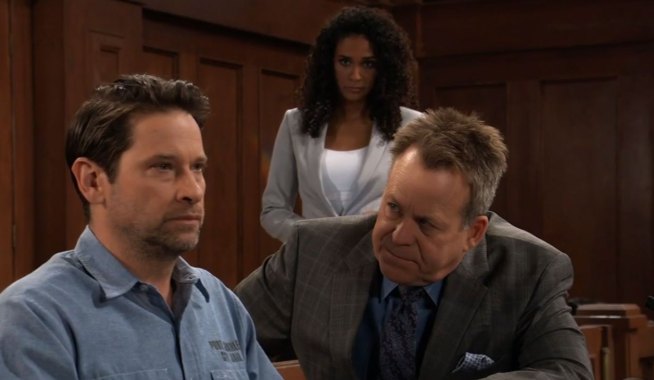 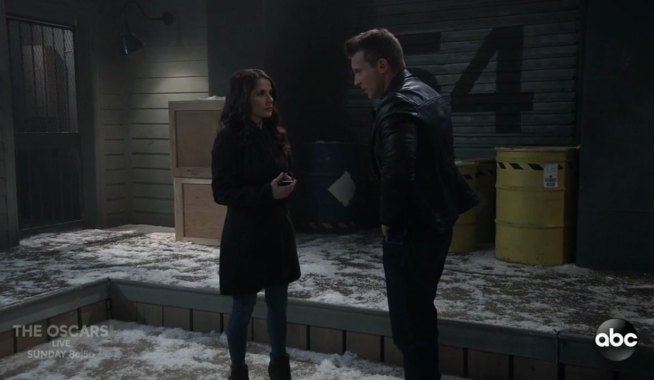