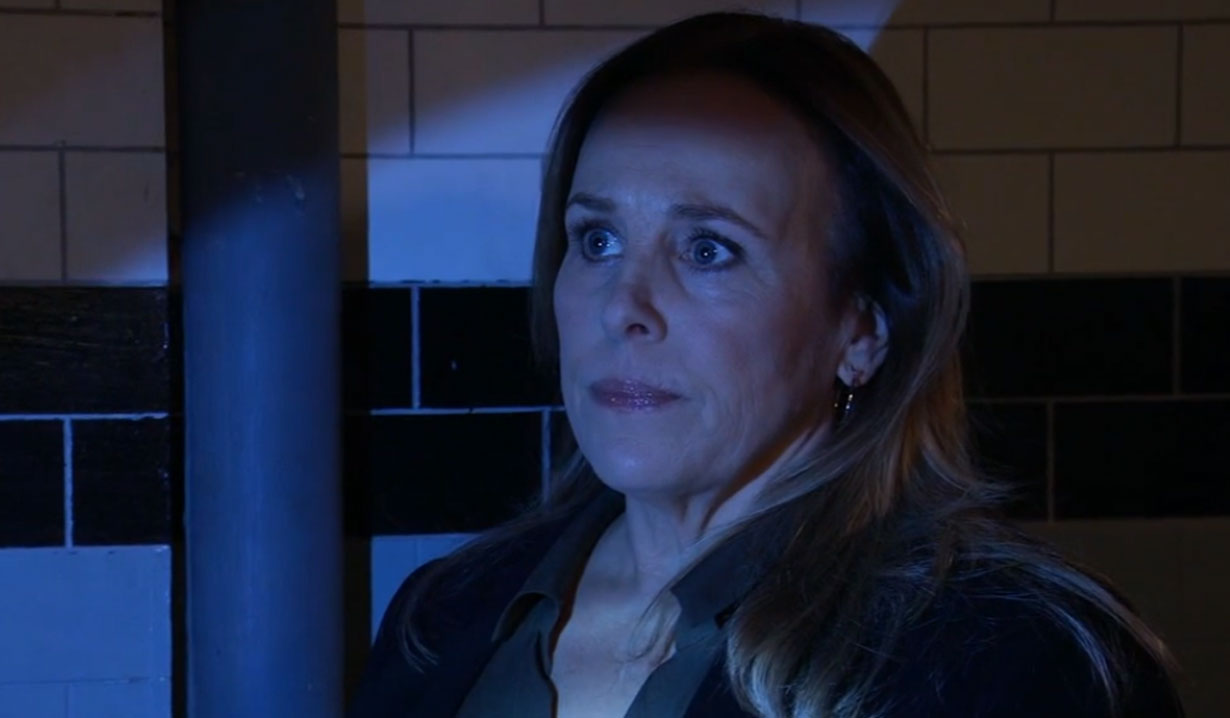 At The Floating Rib, Chase assures Willow that giving up her child was a selfless act. Across the room, Lucas tells Brad how important it is that they set an example for their child. Willow stares over at them. Chase asks her why she’s glaring at Brad. 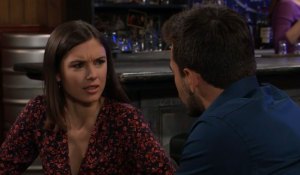 She insists Brad doesn’t make her uncomfortable and they change the subject to karaoke. The topic then changes to why they both moved to Port Charles. She says she was in a toxic situation and they discuss the Nurses’ Ball. She looks up a video of his performance and tells him he’s good. When Brad goes over to the bar, Julian approaches him and asks if he’s stalking Willow. Brad tries to calm his fears. Michael sits with Lucas and they discuss online dating until Zoe (played by Brooke Burgstahler) shows up, happy that Michael is better looking than his profile. 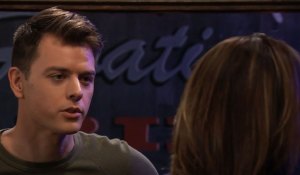 They get a table and talk about her profile. As he talks, she weeds through her messages and tells him she needs to go for her third date of the night. As Alexis is about to walk out, Kim corners her so she can set the record straight. Once they have smoothed things out, Alexis bumps into Dr. Neil. He hopes she’s not leaving because of him. She makes it clear it’s because of Julian. Zoe interrupts to say that Neil has messaged her and looks younger in his picture. She walks out. Embarrassed, Neil decides to get a drink. Meanwhile, Kim sits down with Lucas and they talk about how great having a young child is. Lucas collects his husband and Kim tells Julian one of her patients is in labor and she has to go. Julian approaches Alexis and asks about Neil. She assures him it’s not what he thinks. Neil is her new shrink. Back across the room, Michael sits down with Willow and they discuss their dates. Chase returns with a gift for Willow. Michael leaves and Willow thanks the cop for the gloves he gave her. 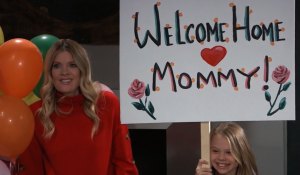 At Lulu’s, her guests apologize for surprising her fresh from the hospital. Spencer tries to excuse himself, but Lulu tells him it’s important they spend time together. He gets antsy when Charlotte mentions how dangerous secrets are. Charlotte breaks the news that her father and Nina are getting re-married. Curtis and Lulu stare at Nina and drag her into the kitchen. Nina insists that Valentin has proven himself to her. She explains this isn’t just about gratitude and changes the topic to Lulu accusing Franco of attacking her. This leads to bickering. Meanwhile, Charlotte confronts Spencer about his election tampering. 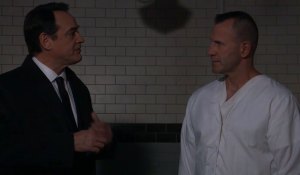 Laura gets caught creeping around Ferncliff by a guard. She claims she has permission to come and go. Meanwhile, Ryan visits his blind brother and confronts him for lying. He explains that he planted false memories in Lulu and then lectures Kevin about the fake prenup. Kevin insists the prenup is real and it’s in his office safe. He claims that he wants the divorce pushed through for Laura’s sake and offers him the combination. After Ryan leaves, Laura looks in, sees Kevin, and gasps. She bangs on the glass and yells at him. When Kevin rushes to the door, she collapses after being injected by Ryan. 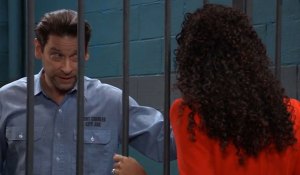 In the cells, Jordan bickers with Franco. She’s sure the real killer will be jealous of all the publicity he is receiving. He refuses to give a fake confession to lure the killer out. It would destroy Liz. She keeps demanding. He won’t do anything until he’s talked to Liz. Jordan tells him that if he pleads not guilty, he’s going to jail. He insists no one will believe he killed Kiki, but the commissioner says Margaux is determined to put him away. She repeats her plan and says he can have the night to think it over.

Margaux says more than she should.

Carly learns what she needs to know. 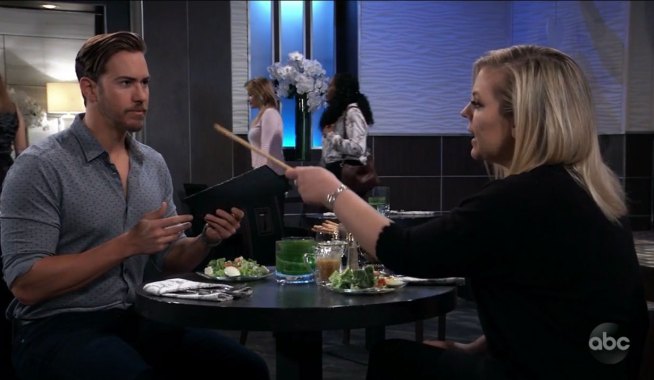 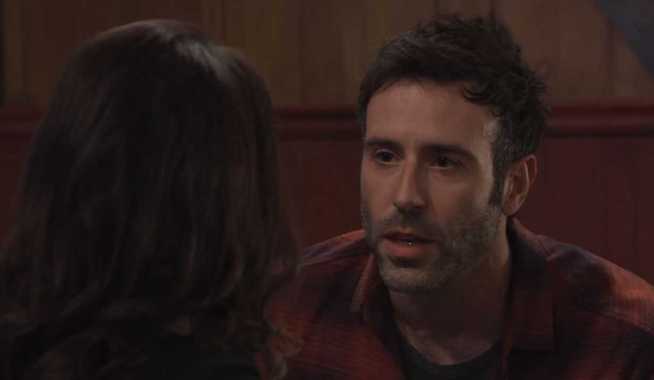