Friday February 15, 2019: Spencer asks about the election investigation, Sonny and Carly discuss the baby, and Jordan visits Franco with a plan. 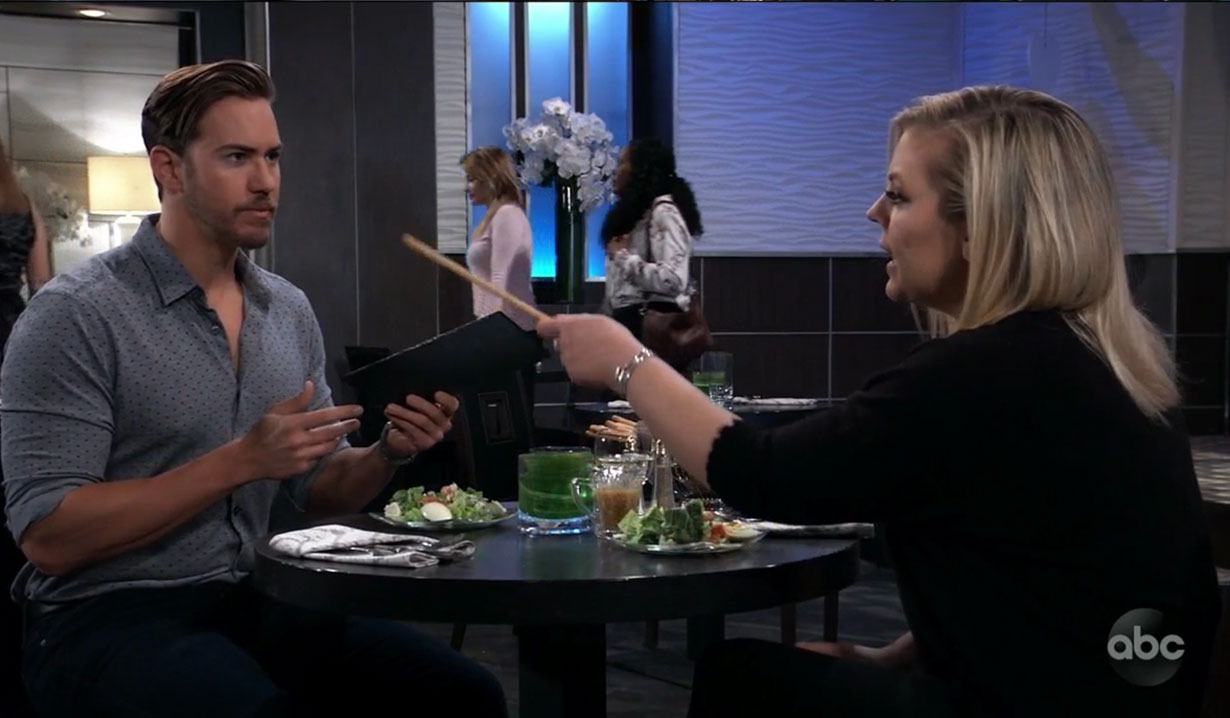 At GH, Ava finds Ryan in his office daydreaming about offering Sonny and Carly up to her for the killing. He snaps to, and they passionately kiss, and take things to his desk. In Lulu’s room, Laura helps Lulu get dressed to return home to her kids. Laura has arranged for a guard, but Lulu thinks Franco is locked up and she will be fine. Laura insists. Spencer arrives, surprising his grandmother for Valentine’s Day. 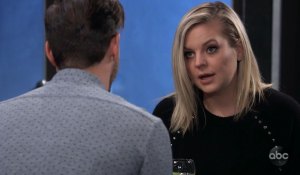 At the Metro Court, Curtis and Jordan celebrate Valentine’s Day and discuss the case against Franco. Jordan isn’t yet sure Franco if innocent but has a plan to catch the killer that is unorthodox and risky. Curtis gets a text and has to go check on Lulu, and Jordan departs to put her plan into motion. Elsewhere, Maxie and Peter dine, and she can’t stop fuming over Valentin playing Nina and using Sasha. With just the right prodding from Peter, Maxie realizes Sasha could be a fake and in cahoots with Valentin in scamming Nina. Given there were two possibly faked DNA tests done on Sasha, Maxie decides they need to do their own DNA test and she knows how. Nearby Valentin dines with Nina, and they discuss the wedding. Nina thinks they should consider a nice long engagement in order to get people used to the idea of them getting married again. Valentin knows it’s Sasha who has an issue. Nina feels she’s just trying to be protective. 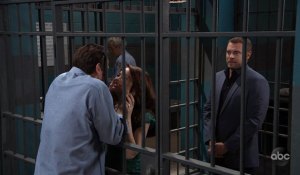 In the PCPD jail, Liz and Franco celebrate their marriage with a kiss between the bars. Franco warns her the press will be all over her, and not to reveal they got married. Jordan arrives to speak with Franco, so Liz and Drew depart. Jordan hands him an envelope with the prosecution’s case inside, which contains images of the murders. Franco can’t believe she could show him those photos, and he cries he didn’t commit them. Jordan realizes Franco may be a killer, but he’s not the soulless killer she is looking for. He thinks he’s getting out, but Jordan isn’t going to release him. She has a plan to prove he’s innocent and find the real killer, if he does as she tells him. 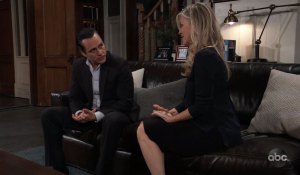 At the Corinthos place, Sonny thinks Carly’s mistaken about being pregnant, but Carly took two tests. She quickly realizes Sonny isn’t happy about the baby. He’s concerned given the danger’s Joss’ pregnancy posed to her. He also worries the baby, if a boy, will remind her of Morgan. Carly would never trade a minute they had with Morgan but wants this baby. Sonny says first they should see the doctor and evaluate the risk.

Griffin drinks with Sasha at The Floating Rib while Obrecht sings love songs for the audience. On her break, Obrecht warns Griffin not to get too close to Sasha, because like her mother, she can singe people. Later, Sasha gets a call from Maxie inviting her out for a mani-pedi tomorrow. 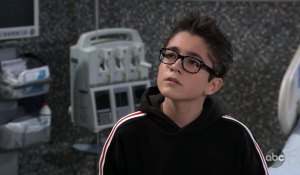 Back at GH, Curtis arrives at Lulu’s room to escort her home. Laura excuses herself, and Spencer speaks with Curtis about the election investigation. Curtis admits it got sidelined, but Jordan will get back to it and figure things out. In Ryan’s office, Ava and Ryan dress after sex. Laura arrives to see “Kevin,” and catches them kissing. Ava excuses herself so they can talk, and Laura can’t help but notice how un-Kevin like he’s acting. He claims he’s a new man. Laura came to thank “Kevin” for what he did for Lulu and let him know that Franco is being arraigned tomorrow. He hopes everyone can heal and move on, just like they need to do regarding their divorce. He mentions speaking to Alexis about their prenup and feels they should iron it out before they sign the divorce papers. A surprised Laura suggests they hash this out with their lawyers present and she excuses herself. Ava returns and is surprised to learn a prenup is holding up the divorce. She says Laura strikes her as one to think a prenup would doom a marriage and seems more like the “what’s mine is yours” type of person. Ryan suddenly remembers a patient he has to tend to and promises to meet her later. Alone, he calls Ferncliff to make sure his patient is prepared for a visit. In the hall, Laura calls Alexis and leaves a message about Kevin asking her about a prenup. Back in Lulu’s room, Lulu gets a text from Laura indicating something came up and she will meet them at home. In the halls, Laura notices “Kevin” jetting off and trails him.

Alexis runs into her therapist at The Floating Rib.

Chase asks Willow if she has a problem with Brad.

Nina plans a welcome home party for Lulu with Charlotte.

Ryan tells Kevin that he has to deal with both him and Laura.

Laura explains to someone that time is of the essence. 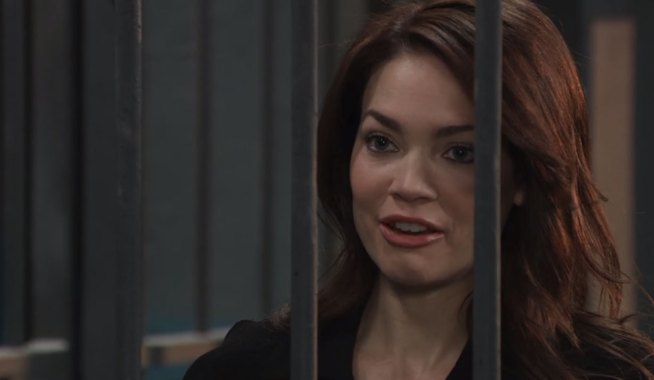 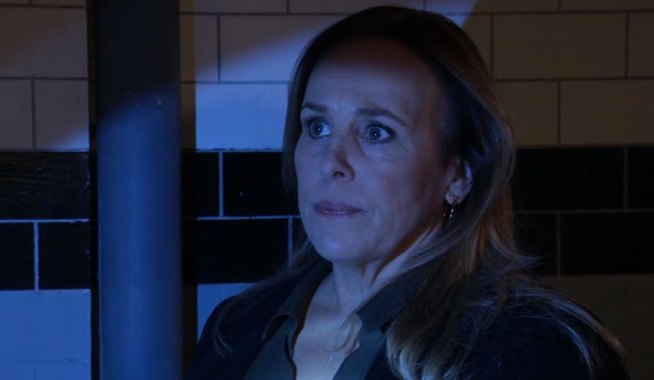