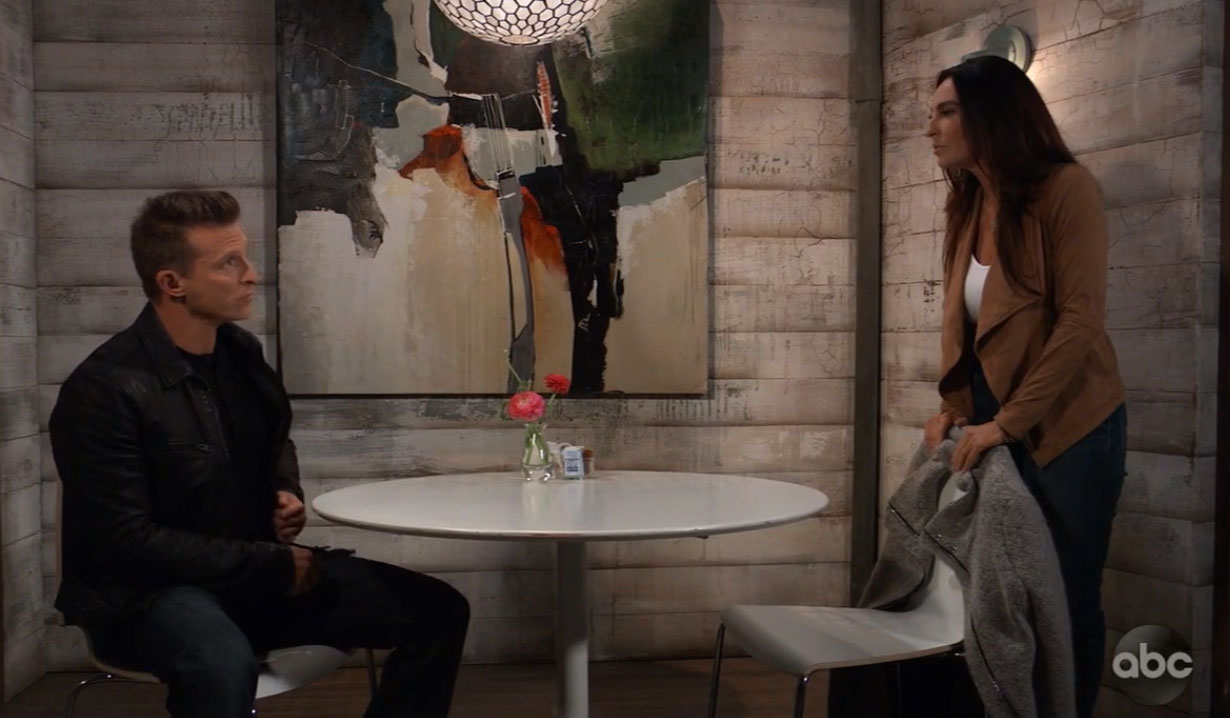 Harmony welcomes Jason to Beecher’s Corners. She guesses he’s there on someone’s behalf to discuss Dawn of Day. He wanted to talk to someone other than Shiloh. Harmony explains that she and Shiloh built a community center together and still do business. He wonders why she isn’t in Port Charles. She claims Shiloh is just expanding the operation and Port Charles needs the charity work. Jason asks about Shiloh’s personal life. She insists the group is a family. He asks how Shiloh handles members who look at him as more than a mentor. A cop appears. He ran Jason’s plates and discovered he’s got a criminal record. Besides that, he’s on the wrong side of the law because of where his car is parked. Harmony calms the cop and sends him away. She hopes Jason is satisfied with what she’s told him. 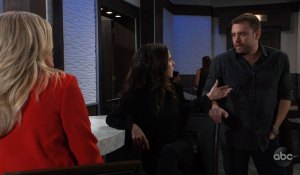 Carly meets with Sam at the Metro Court to offer her support after hearing about the break-up. Drew pops up to offer his support too. They talk about Oscar’s tumor not getting any bigger and he offers to check on Shiloh now that he has time. After he takes off, Sam gives Carly a card from Danny. The topic turns back to Shiloh and whether he’s a predator. Sam is sure he can be conned. They discuss her plans for Valentine’s Day. Carly wishes she’d spend it with Jason, but Sam must be at Dawn of Day. After Sam leaves, Jason joins Carly and tells her about his trip to Beecher’s Corners. Now he has to figure out how to take Dawn of Day down. 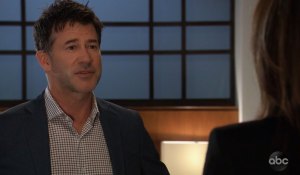 Alexis meets Dr. Neil at his office. That’s awkward due to their planned dinner date. He can sense this is uncomfortable and offers her a referral. After she leaves, she returns a few minutes later and says she’s comfortable to have him treat her. She asks if he knew she was his patient when they met at Charlie’s earlier. He assures her he didn’t. She apologizes and offers to try to trust him. Sitting down, she talks about the meeting at Dawn of Day and how she is always framing things in the context of her ex. She tells Neil about her taste for dangerous, power-hungry men and about her father. The lawyer tells him about her relationship with her father and step-mother and how she’s blocked out most of her childhood. He suggests she may seek out powerful people for safety. They set up another appointment. 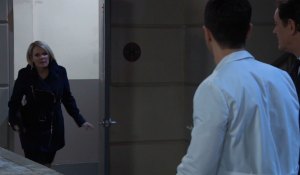 On the hospital roof, Ryan is with Griffin and remembers seeing the doctor comforting Ava. With a needle ready to use, Ryan and Griffin get close to the edge when Ava interrupts. She found a letter in his office about his plans for a commemorative brick dedicated to Kiki. She thanks him for being so thoughtful. Griffin heads back inside. Ava assures Ryan she isn’t angry and apologizes for jumping to conclusions. She’s convinced Franco is innocent and thinks Ryan should tell the police that so they can find the real killer. When Ryan admits he thought she was back with Griffin, she tells him he’s crazy and hugs him. He tells her she’s everything to him. She’s surprised to hear that he loves her. She loves him too. They embrace. 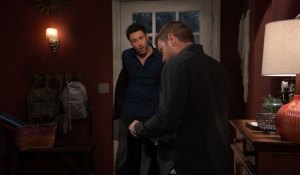 Drew goes to Dawn of Day to meet Shiloh and discuss their past. Shiloh admits he made a lot of drunken confessions to him when they were in Afghanistan. They discuss Drew’s past, how he was abducted, and put in his brother’s place. He explains that he could get his old memories back but that would mean losing the last five years. Shiloh thinks he has his priorities straight. After they shake, Drew leaves. Shiloh smirks. Harmony calls him and he tells her that he thinks a threat has been lifted. She informs him of Jason’s visit, and they agree he won’t learn anything he wants to know.

In his apartment, sweaty Griffin hits the radiator with a wrench and then starts working out. Sasha shows up. He puts on his shirt and she asks how he’s doing after losing Kiki. He’s sick of everyone talking about her. She notices his bruises and he explains they are from boxing. Sitting down, she tells him how unintentionally connected she feels to people in Port Charles. She wants to do the right thing for them but doesn’t know how. Sasha stops short of explaining and leaves.

Cameron finds himself in trouble again.

Peter and Maxie have a run-in with Nina.