Tuesday February 5, 2019: Brad and Lucas help out Liz and Franco, Obrecht gets a job, and Sasha returns to Port Charles. 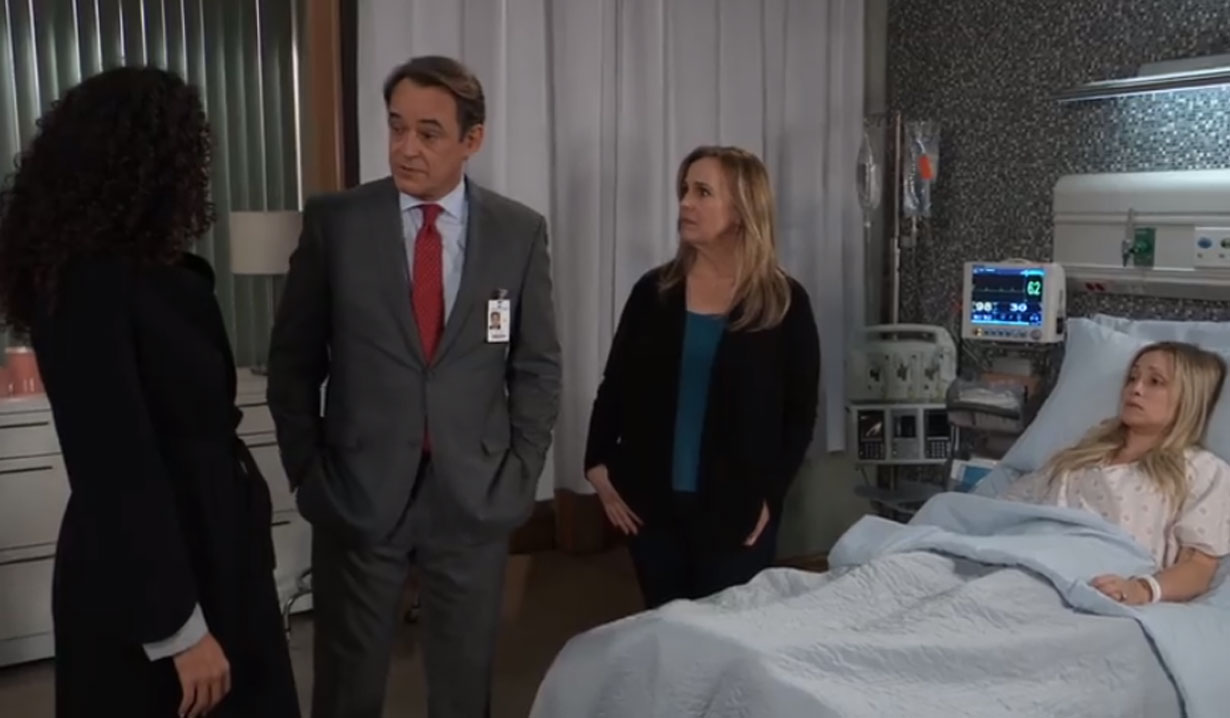 At Wyndemere, Nina and Valentin talk about how happy she is, even though she misses Sasha. 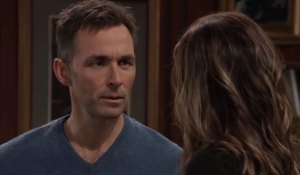 Suddenly, Sasha arrives. Nina is thrilled. She tells Sasha that she’s moved back in and then complains about Liesl. When she runs off to get food, Sasha tells Valentin how happy she is to see Nina happy. He warns her that Nina can never learn the truth about her. “You’re not in charge anymore,” Sasha cautions him. He advises her not to meet Obrecht and leaves as Nina returns. Nina tells her how wonderful things are with Valentin. He even asked her to marry him again. “You didn’t agree, did you?” Sasha asks. 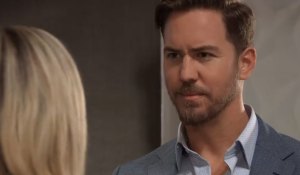 Peter goes into Lulu’s office at The Invader and calls Jordan for an update. Maxie interrupts, surprised to hear him being icy and demanding. She suggests his paper get a medical advice column. He wonders who would write it. Obrecht appears with a writing sample and says she won’t need a steep salary to start with. Peter is not wild about this but Maxie pushes. He reads the sample and likes it. Reluctantly, he agrees on a trial basis. Liesl is horrified to notice that there seems to be a romance blossoming between them. Maxie says she trusts Peter and he’s proven himself to her. She won’t keep him out of Nathan’s son’s life. Liesl backs down, agrees to the job, and leaves. Peter smiles. Maxie says he’ll get used to Obrecht and they hug. Before they can kiss, she gets a text from Nina and rushes off. He calls Valentin and informs him that he’s hired Obrecht. When Maxie returns, she tells him Sasha is back and they worry about Nina being with Valentin again. 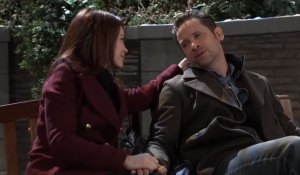 In the park, Aiden starts to skate as Liz and Franco watch from the bench. She asks him if he’s bounced back from his police grilling. He tells her about his session with ‘Kevin’ and visiting Kiki’s grave. Liz assures him that Kiki loved and accepted him. She knows he’s not a killer. He wishes the cops knew that too. Brad, Lucas and Wiley come by. Franco guesses that Liz deliberately called in a gay couple because of what he said. Aiden comes back and talks about wanting a little brother or sister. Brad and Lucas join Aiden on the ice. Lucas returns and Franco thanks him for doing this given their history. Lucas says everyone can change. After he and Brad leave, Aiden asks for a snack. Franco assures Liz that everything will be okay and she and the boys are all that matter to him.

Laura visits Lulu in her hospital room. Lulu insists that she’s ready to go ahead with the hypnosis. Ryan arrives, eager to get started. Laura and Jordan insist on being involved. He protests repeatedly and insists no ethical psychiatrist would allow them to be present. They back down but Jordan wants it recorded. Ryan reminds her that that violates ethical protocol as well. Lulu says that hypnosis will let her remember everything so she can just tell them what she remembers when she wakes up. 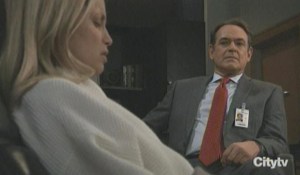 Lulu and Ryan go down to his office and he turns down the lights. Once she’s relaxed, he guides her memories. Gradually, she recalls the list he made of Ryan’s victims and how there were names on it that weren’t on the police report. He calms her and insists her mother never mentioned nine victims. Once he’s impressed that on her, she moves on to remembering someone coming to her door. Lulu gets distraught as she can’t make out his face. He walks her through it. She remembers the knife and sees Franco’s face. Ryan smiles. Out in the hall, Jordan and Laura talk about what Lulu might remember. Laura assumes that Jordan is after Franco. The commissioner admits the evidence is all circumstantial. Laura wonders if Franco could be guilty.

Jason corners Carly at the Metro Court to tell her that Sam is breaking up with him. She freaks out. He calms her and explains that it’s a fake break-up so Sam can investigate Shiloh. Carly tells him to enjoy sneaking around. Obrecht appears, ready to celebrate her new job and wondering if she can get some complimentary waffles. Carly cuts into her for this. Obrecht assumes that her lack of manners must stem from losing her grandson. After she walks off, Jason wonders what that was about. 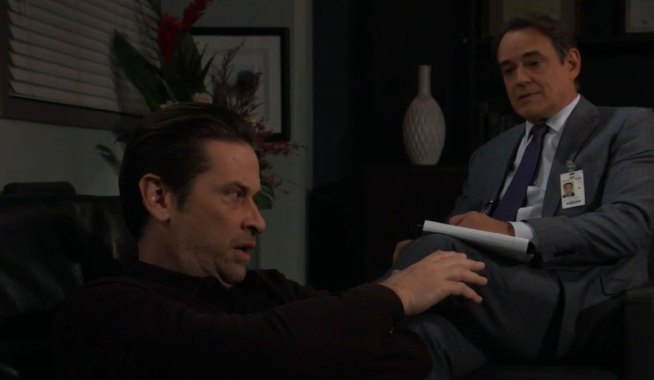 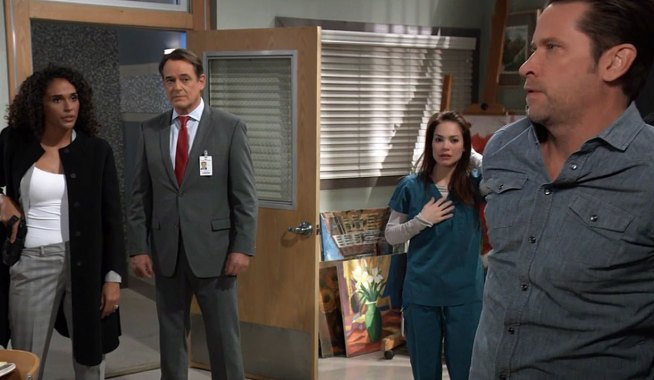