Monday February 4, 2019: Ryan gets Franco to talk about his past, Sam has a meeting with Shiloh, and Finn finds a clue. 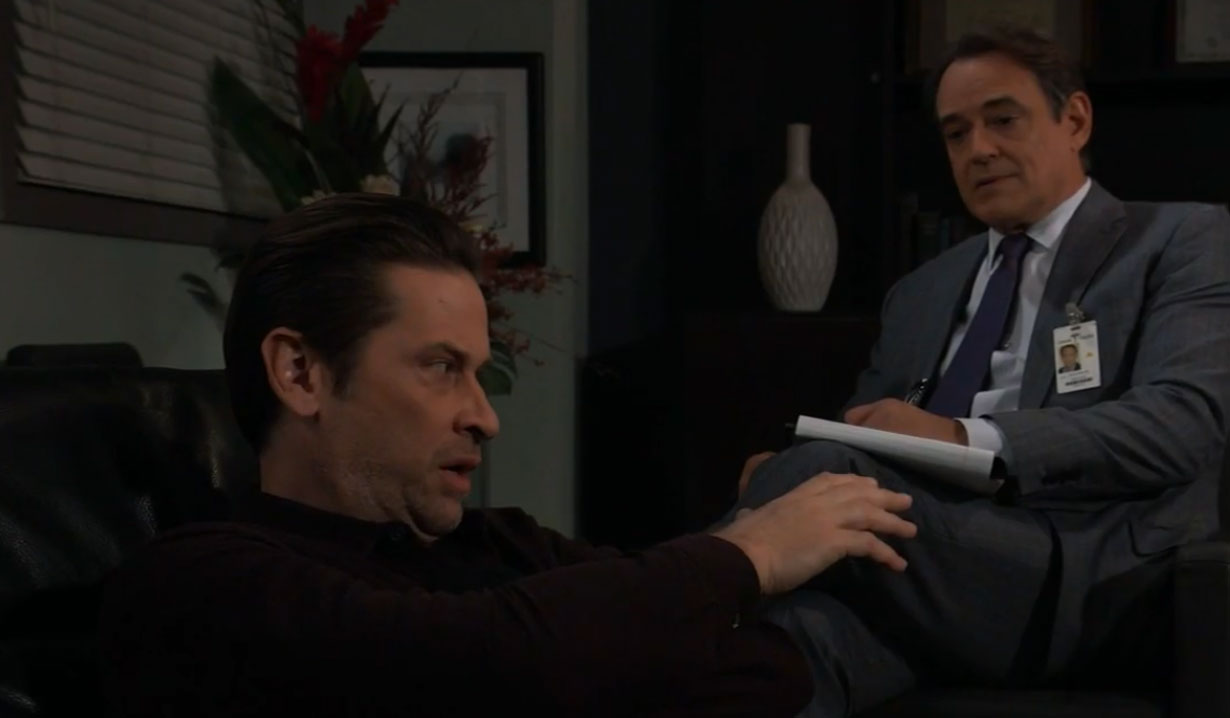 Anna meets with Sonny at her place. He tells her about Lulu and his worries for Dante. He’s trying to track his son down but isn’t having any luck. Anna offers to look into it. 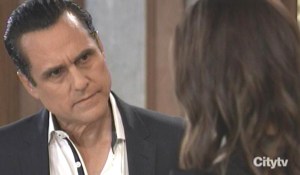 Robert and Finn show up. Sonny and Scorpio aren’t happy to see each other. Anna returns and explains that Dante is undercover with some deadly guys and they can’t get in touch with him. She’s sure he’ll come back eventually. After Corinthos leaves, Robert scowls and eats scones and Finn continues to wonder why she went blind. Anna says she can’t face it. Finn looks through an old medical textbook and finds a footnote on Dr. Cabot. 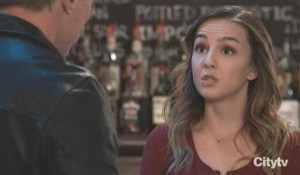 Jason arrives at Charlie’s and Kristina asks him to assure Sam that Dawn of Day is the best thing that’s ever happened to her. She tells him about the group’s plans for Valentine’s Day and continues to be on the defensive. He tells her how damaged Sam is and how she doesn’t want that for her sister. Kristina says it’s too late. Jason tells her all about Sam and her brother. That only convinces Kristina that Sam could use the help of Dawn of Day. After he leaves, Sonny shows up to check in on her. They talk about Dante and how desperate he is to have word from him.

Shiloh meets with Sam at the Metro Court. When she refuses to accept that their meeting was fate, he offers to tell her his story. He says that if she hadn’t scammed his father, he’d be dead. She tells him why she did it and explains she doesn’t regret what she did because it helped her brother. He thinks she’s starved her true self and Dawn of Day can help her. 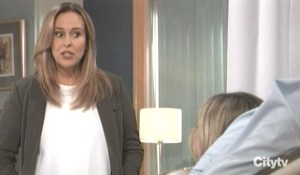 In Lulu’s room, Jordan is relieved when she agrees to undergo hypnosis. Laura interrupts and forbids this, fearing it would do her daughter too much mental damage. The commissioner reminds her that a killer is on the loose. Laura wants to wait but Lulu insists on going ahead. They have to have a doctor sign off on it first. In Kevin’s office, Franco begs Ryan to let him be his patient again. He’s surprised when Ryan agrees. They discuss the cops’ suspicions of Franco and Ryan explains that need to explore his old crimes in complete detail. Laying down, Franco tells Ryan all about art and its blurring with reality. Killing people and staging scenes was ‘really fun’. That really scares him. He doesn’t have the compulsion anymore, but he can remember the sensation. Franco growls about the pleasure of getting away with it. This puts a smile on Ryan’s face. 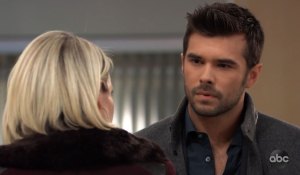 Out in the hall, Ava corners Chase and demands to know why the cops haven’t caught the killer. He says they are doing all they can. The cop asks about Franco and she insists they loved each other. She tells him to forget Franco and find her daughter’s killer. When he meets up with his boss, they talk about how likely it is that Franco is the killer and Jordan assumes he’s laughing at them. They go to see ‘Kevin’ and ask him for his help. They head down the hall. Laura is not comfortable having him put Lulu under hypnosis. They send the shrink out and Laura reminds Jordan and Lulu that ‘Kevin’ has been off-balance lately. However, they are in a hurry, so Jordan pushes to go ahead. Laura caves and they bring him back in. Ryan assures them that he will keep Lulu safe. Meanwhile, Jason joins Sam and tells him that Shiloh is really good with the redemption story stuff. She had to dig deep to keep up and it hurt. She’s afraid of what he’s capable of, especially when it comes to Kristina. 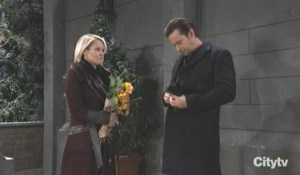 Franco visits Kiki’s grave and tells her about his session. He wishes she was there to talk to. Losing her has helped him understand why everyone hates him for being a killer. He hopes he always made her feel good and loved. “Maybe that’s all I’ll ever be is a murderer,” he wonders as Ava arrives. Franco tells her that before Liz, Kiki was the only person who accepted him. He thanks her for lying to him for so long about Kiki being his daughter. She’s determined to make sure that Kiki’s killer pays with his life.

Shiloh drops by Charlie’s and Kristina introduces him to her father. Sonny says anyone who hurts his daughter has to answer to him.

Lucas shows his sympathetic side.

Nina is surprised when Sasha shows up. 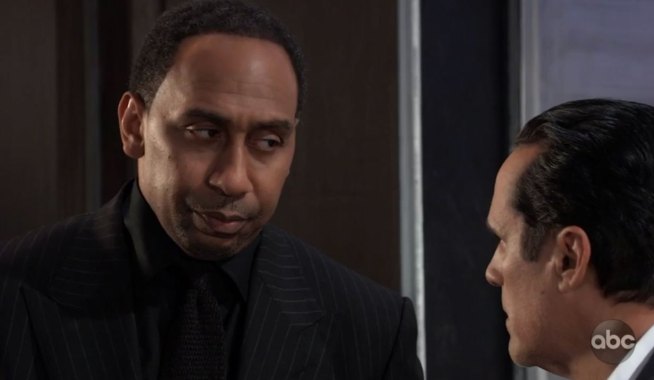 Lulu Agrees to Be Hypnotized As Sonny Tries to Find Dante 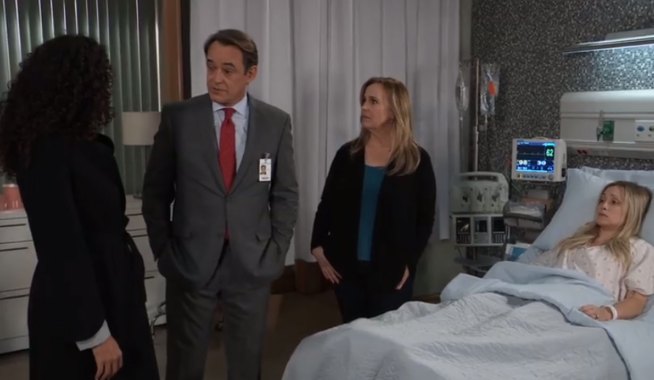