Tuesday January 22, 2019: Alexis interrogates Shiloh, Willow gets upset when she sees Wiley, and Brad gets a lecture from Lucas. 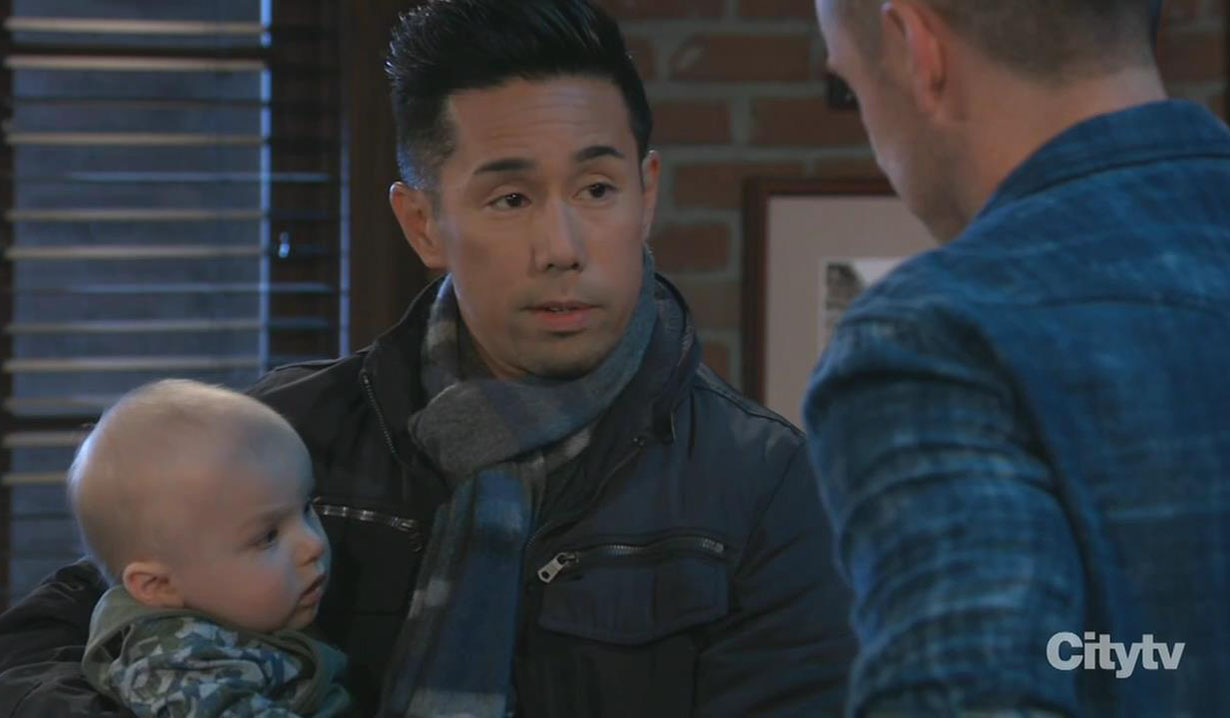 At Kelly’s, Sam and Jason discuss how Dawn of Day has been treating Kristina. Carly calls Jason and tells him she needs him. 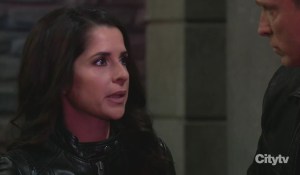 Outside city hall, Chase hands out orders to some cops. He talks to Carly and Drew about where Oscar and Joss may have gone. Sam and Jason arrive. Carly freaks out to them about her daughter and tells them about Lulu being attacked. Sam thinks she knows what route Joss must have taken to get into the catacombs. Drew joins them after bickering with Chase about how to search. 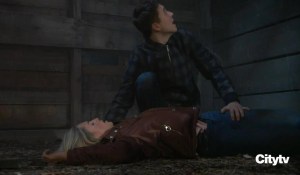 In the tunnels above the catacombs, Joss sits with Oscar. He wakes up with a headache. She helps him up but doesn’t think he can make it up the ladder. He suggests she go for help. They argue about this and she angrily agrees to go if he remains seated. When she climbs the ladder, it breaks and she falls. She gets up and tries to climb again but he begs her not to. Carly and the others call down to them. Joss doesn’t think Oscar can make it up the ladder. Drew and Jason jump down and Drew helps his son up the ladder. He thanks everyone and his father helps him away. Jason urges Joss to go next, even though the ladder is coming apart. When she climbs it, it starts to give way, but she manages to get out. Carly takes her to the hospital and leaves Sam to wait with Jason for the fire department. Jason tells Sam he can’t wait. The floor is ready to collapse. As he climbs, the ladder begins to give way. She reaches down but can’t touch him. He falls off the ladder and Sam yells.

At the hospital, Lucas tells Michael that Lulu is in excellent hands, but they are in for a long night. Michael suggests they get a bite and then make some calls. 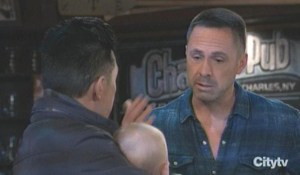 Brad wanders into Charlie’s with the baby. Julian is thrilled to see them, but Brad was hoping he wouldn’t be there. Julian fawns over Wiley and assures Brad that the truth won’t come out. Brad says he usually manages to forget what they did, but whenever he sees Julian, he’s reminded of their fragile position. Lucas and Michael walk in. Lucas rushes over, grabs the kid and refuses to talk to Julian. He tells them that Lulu was stabbed and hands Wiley to Michael before dragging Brad outside. Michael talks to the kid and bickers with Julian about how he alienated his family. Once Julian has walked away, Willow comes in and Michael introduces her to his godson. Julian watches this uncomfortably and Willow makes an excuse to leave. Michael asks if he’s upset her. 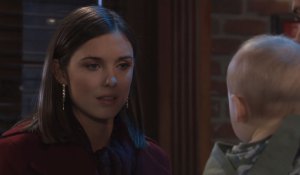 Outside, Brad and Lucas bicker and the doctor insists he wants to respect the birth mother’s wishes by keeping Julian away from Wiley. They go back inside to collect their son and leave. Willow remains upset. Michael announces he knows why and offers to listen to her grief sometime. He needs to get back to the hospital and walks her to her car. 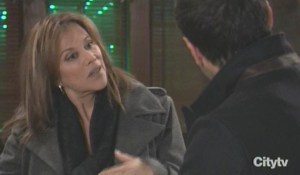 Back at Kelly’s, Alexis catches Shiloh ordering some tea and introduces herself. She asks him if he knew that Kristina was Sam’s sister. He didn’t know and invites her to join him. The lawyer asks him how he got started in charity work and he relates his life story. She assumes he must hate Sam for ripping off his father’s fortune, but he says she saved his life. His life was meaningless and self-destructive until he was penniless. He tells her about what happened in Afghanistan and how Kristina came to Dawn of Day. She’s impressed as he talks about her relationship with her daughter. Alexis agrees to give him the benefit of a doubt for now.

Jason’s life is in danger.

Jordan has questions for Peter.

Ryan Learns Lulu Survived, and What...