Lulu Becomes Ryan’s Target When She Makes a New Discovery 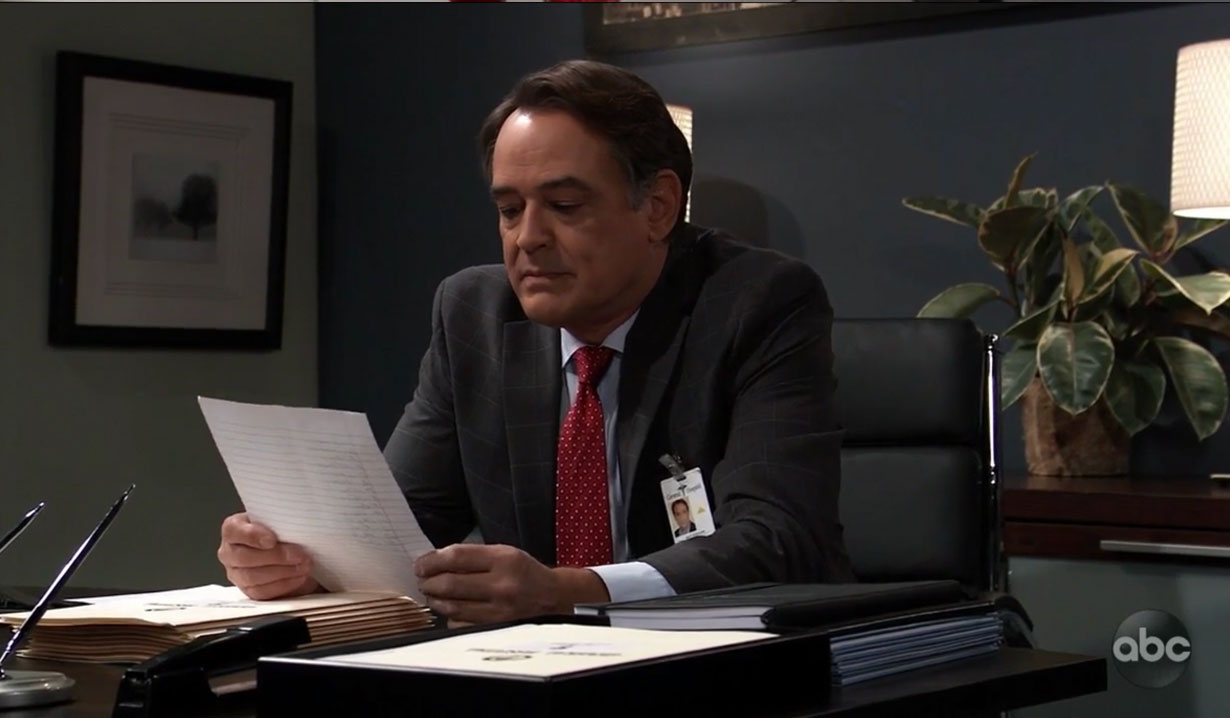 Lucy’s book release party, for her book, A Travel Guide to Port Charles, is in full swing at the Metro Court. Maxie interrupts Nina and Valentin’s discussion on getting remarried and asks Nina to convince her parents that nobody is going to die tonight. Nina jokes that Lucy wouldn’t allow that. Nina and Maxie take to the stage and introduce Lucy to everyone. As Lucy rambles about her book, Nina confides in Maxie that Valentin just proposed and asks if Maxie would be angry if she said yes. Maxie promises no matter what she tells Valentin that they will always be family. Back on stage, Lucy reads various passages from her book, which only serve to anger various residents because they are about their not so savory pasts. Later, Bobbie takes Lucy aside to gloat that she can’t wait until Lucy finds out who her precious Doc is dating now. 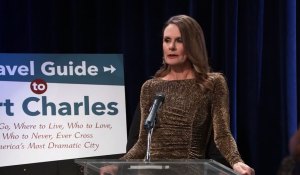 Up in the Invader offices, Laura finds Lulu working on a story, and Lulu promises it is not about the killer. They talk about the murders, and Laura brings up the list of nine victims Kevin had on his desk awhile back when the press was so focused on the crimes. Lulu urges her mom to go to the book signing and promises she’ll be there soon. Once alone, Lulu googles a list of Ryan’s victims and learns he only killed seven. Later, Lulu speaks with Dante, who indicates he’s closing in on Raj and she may not hear from him for a while. 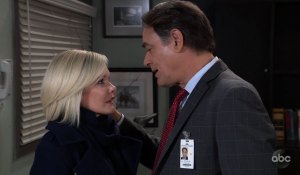 In his office at GH, Ryan is surprised when Ava arrives to see him. She wanted to check in and see if he spoke with Sonny and Carly yet. Ryan says he’s meeting with them in a few minutes, so she insists on being present. Ryan convinces her that he can handle Carly and Sonny, and says he’ll meet her at the book signing.

At the Corinthos place, Carly informs Sonny that she made an appointment for them with Kevin to talk about Mike. 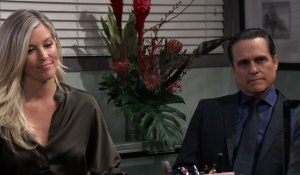 Carly and Sonny meet with “Kevin,” and Carly explains they’ve come about Sonny’s father. She explains Sonny and Mike’s history, and Ryan ignores a call from Lulu. “Kevin” explains this all goes back to Morgan and believes because they couldn’t save him that they are trying to make sure they save Mike. He suggests they visit Morgan’s grave and talk to their son about their guilt, and this will give them a tool for talking to Mike. He advises them to start the process tonight. They agree and leave. Once alone, Ryan checks his voice mail and finds a message from Lulu, who wants to talk about his list of Ryan’s victims that her mother told her he had. She says Ryan only killed seven women and his list had nine according to Laura. 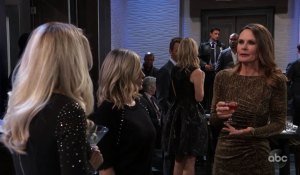 Back at the Metro Court, Peter promises Mac that he is keeping the killings out of the paper and will watch over Maxie. Laura arrives and finds Bobbie emotional. Bobbie explains Lucy was reading passages from her book and read one about BJ and Maxie’s heart transplant. Laura comforts her, and Bobbie thanks her given their complicated past. Lucy takes the stage to read more passages, choosing one about Felicia, Mac and Ryan’s history. Mac suggests another break hen Felicia begins to fume, and Lucy picks up on the fact that Felicia seems upset with her. Felica calls her out on dredging up her painful past and reading it to the whole room. Lucy apologizes, and asks about who Kevin is dating. As Ava enters, Lucy blurts out, “There is no way Doc is seeing that sleaze Ava!” Ava approaches and asks Lucy if there is something Lucy would like to say to her. Lucy tells her there is something she should know about Kevin. Elsewhere, Peter is with Maxie when he gets a call from Lulu, who has discovered new information on the killings. Peter tells her to drop it and get to this party and cover it because that was her assignment. He then apologizes, stating he only wants to keep people safe. She feels Nathan would have felt the same way. Later, Maxie speaks with her mom, and admits she isn’t sure she should be feeling the way she is about Peter given today is her anniversary. Felicia reassures her when the time is right to move on, she will know. Meanwhile, Valentin catches up with Nina, and pushes her for an answer to his proposal. Nina feels they should just be together as they are for now. Up in Lulu’s office, Ryan drops by to see Lulu and speak about her message.

Willow tells Chase that she’s let him believe something that isn’t true.

Kim worries to Liz that Oscar is late.

Oscar and Joss head down to the catacombs.

Carly exclaims to Sonny, “He deserves what he gets.”

Alexis Reads Gail's Will, Leading to...