Alexis Reads Gail’s Will, Leading to More Questions Than Answers

Thursday January 17, 2019: Alexis teases a mystery, the teens plan an adventure, Anna and Finn make a discovery, and Valentin looks to the future. 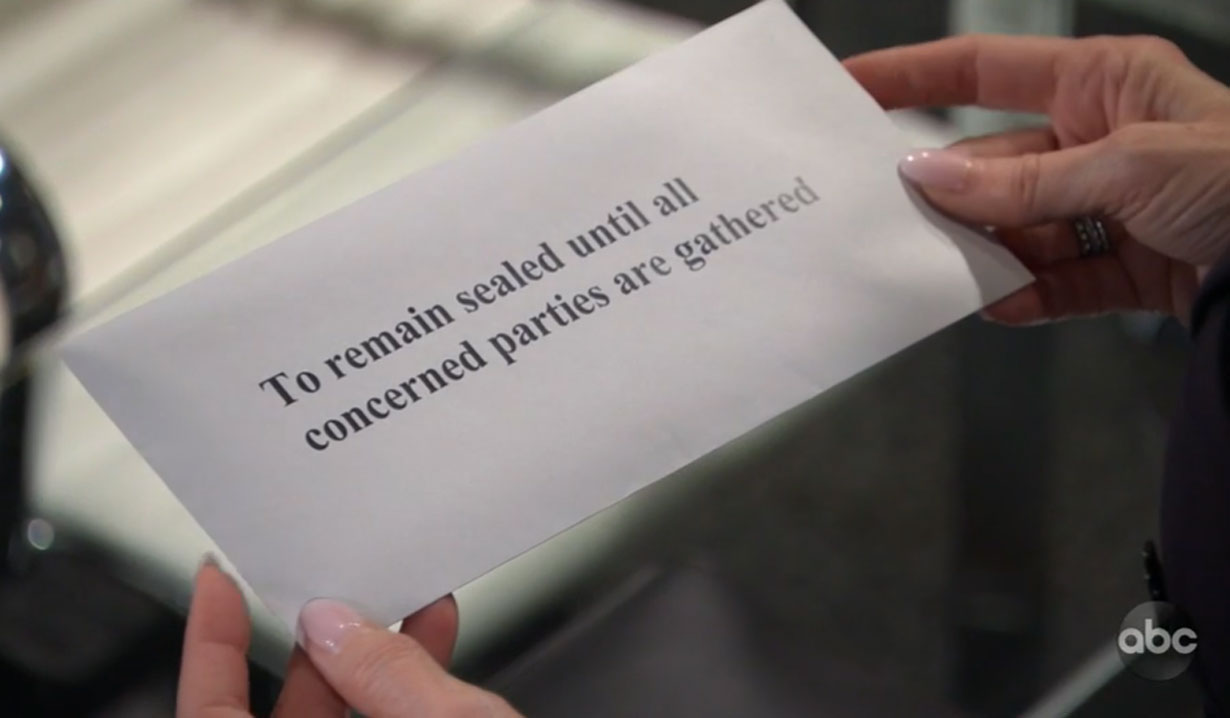 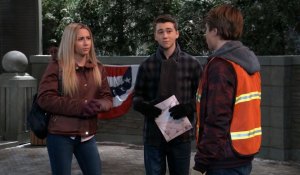 Lulu and Laura find Cam picking up garbage in the Charles St. corridor as part of his community service. The women admire his ability to take responsibility while joking they never did anything wrong when they were younger. He congratulates his grandmother on becoming mayor and leaves. Lulu and Laura discuss Kevin before discovering they’ll both be at Lucy’s book launch. Cam runs into Joss and Oscar who share their Port Charles bucket list. After they discuss all the things they should do, Oscar says he wants to go to the catacombs. They note they are hard to get into, but Cam knows of a way.

Monica, Laura, and Scott meet Alexis in a GH conference room for the reading of Gail’s will. She notes that Lucy and Serena are being represented by Scott, and Lesley by Laura. They learn of a trust that will be used to endow mental health services at GH. Laura and Monica are thrilled by the idea until Alexis tells them of a catch. There’s nothing specific, but those present will be called back for further instructions. Once Alexis has left, the three agree they have a mystery to solve. In the hallway, Finn finds Anna. He thinks she should be in bed resting, but she can’t rest until she figures out how she got that virus. Finn says he found patient zero. Anna has heard his name before at the DVX. She doesn’t know exactly what he did, but the organization was very interested in biochemical weapons, specifically those involved with mind control. She references Faison and they agree the virus doesn’t seem so random. 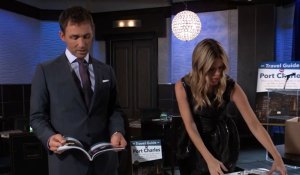 Valentin joins Nina who is preparing for Lucy’s book launch party at the Metro Court. They notice Charlotte’s teacher at the bar and approach her. After some forced politeness, Willow walks away because she’s early for the event anyway. Nina feels like Willow treats her like she has no real role in Charlotte’s life. Valentin has a way to fix that; he asks her to marry him again. She asks if that’s a proposal. He’s just feeling things out. He wants to marry her and build their family again. Is that something she’d be interested in? At the bar, Lulu sits with Willow and apologizes again for Charlotte’s behavior. She vows it will never happen again, but Willow doesn’t look so confident. She says they should have another conference about the girl’s behavior. Lulu wants to know what the issue is now. Willow looks across the room at Nina and hesitates to speak further, but Lulu presses her. The women interrupt Valentin’s sort of proposal to Nina to tell them Charlotte has been cheating on her quizzes. Nina gets defensive and storms off. Valentin is adamant he has been studying with his daughter and then follows. Lulu apologizes for Nina, but Willow admits she is happy Nina cares so much about the girl. Nina and Valentin return but remain away from Willow. He’s thankful Nina defended Charlotte, assuming she still thinks of him as her husband. She smiles coyly. 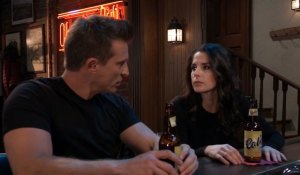 At Charlie’s, Jason wants to attend a Dawn of Day seminar with Sam, but she thinks he’d hinder her ability to get information. She leaves. Jason gets a text from Drew, who later arrives to ask a favor. He’s worried about Joss wasting Oscar’s limited time left by searching for a cure. He asks Jason to talk to Carly, who can explain the situation to Joslyn. Jason thinks Joss will understand but she will keep fighting to make whatever time Oscar has left to be the best it can be. 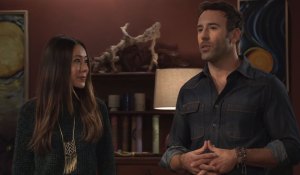 Sam arrives at the Dawn of Day house. Kristina is excited to see her sister and Daisy says she will love the seminar about unburdening your past. Shiloh begins the seminar by asking if anyone wants to share a painful memory they need to move on from. A man obliges and then Kristina is next. Sam tenses up as Daisy helps guide Kristina through the memory of Keifer raping her. Daisy’s tone turns accusatory and Sam intervenes when Daisy says Kristina liked the attention Keifer showed her. Sam lashes out at Daisy, but Kristina defends her friend. She says she’s been living with the shame of her rape for years and the support of Dawn of Day is helping her heal. Shiloh thinks Sam is dealing with past trauma of her own and offers to help her move on. Sam backs off, as Shiloh ends the seminar. Sam and Kristina make plans to meet up later. Before Sam leaves, she shares cryptic comments with Shiloh and assures him it’s not the last he’ll see of her.

Lulu wonders why Kevin had a list of Ryan’s victims.

Lulu Becomes Ryan's Target When She...