Monday January 14, 2019: Ryan asks Ava to move away with him. Obrecht warns Nina not to get her hopes up, and Kristina’s family warn her about Shiloh. 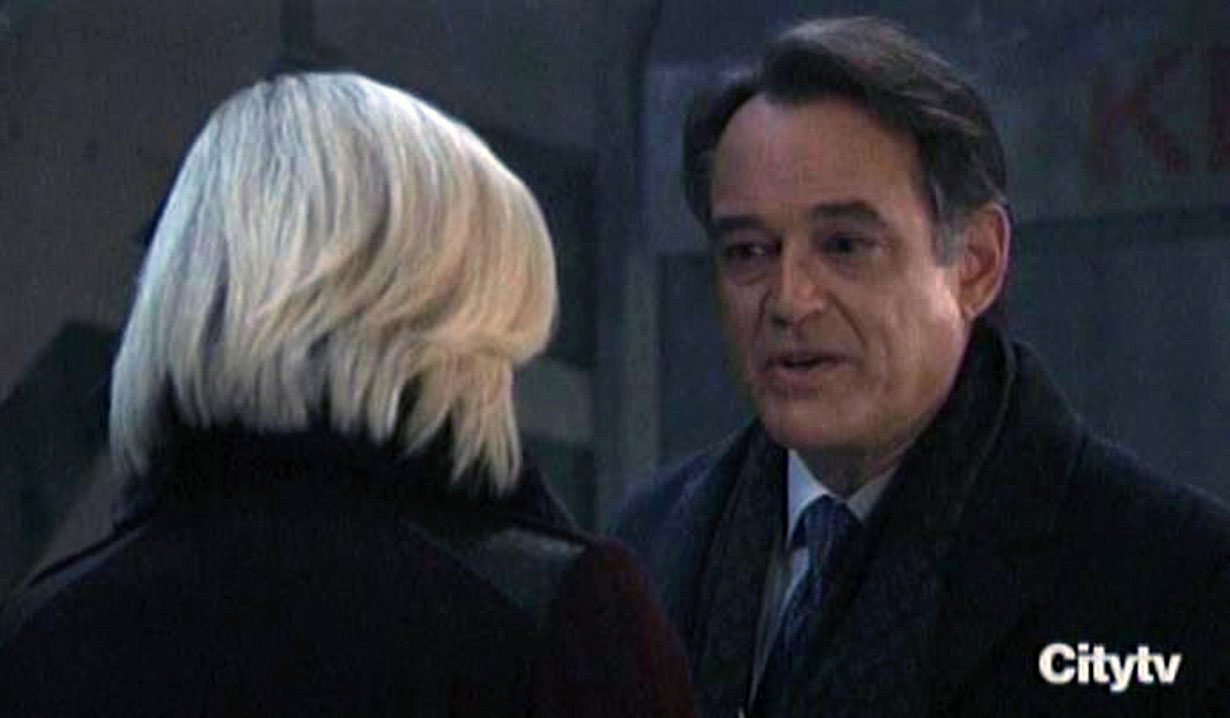 On the pier, Ryan tells Ava that they should leave Port Charles forever. He doesn’t want her to be haunted by Kiki’s memory. Ryan makes more excuses and says he just wants to be with her. She can open a gallery anywhere in the world. That sounds wonderful to her, but she can’t leave Avery. He suggests they take her but she’s sure Sonny and Carly would make that impossible. Ryan offers to persuade them. She doubts a ‘gentle soul’ like him could go up against them.

Curtis is startled to see Valentin at the Metro Court and asks him about Nina. He’s surprised to hear that she is living at Wyndemere again but is glad to learn that Sasha warmed up to Nina. Valentin assures him he’ll keep her safe and takes off. 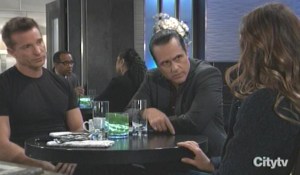 Across the room, Sonny joins Jason at a table. Stone Cold starts to tell him about Shiloh until Kristina arrives and stops him. She assures her father that she is perfectly happy and safe. Jason admits that he can’t find a police record for the guy. Kristina tells them about Drew and Shiloh’s history and how much he has taught her. She leaves to do charity work. Sonny asks Jason what’s really going on. Jason explains that Sam was married to Shiloh’s father and conned him out of a fortune. They confronted Shiloh but he claimed ignorance. Later, Ava corners Sonny alone. She tells him she wants to relocate and wants Avery for extended periods. He won’t add his daughter to the list of people he’s lost. 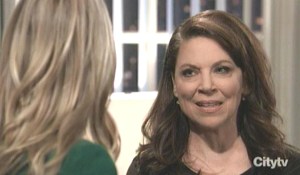 In the Crimson office, Nina tells Obrecht how much she is enjoying the journey of being a mother. Liesl warns her that joy will turn to disappointment. This leads to instant bickering. Obrecht urges her to keep her eyes open when it comes to Valentin. This is upsetting for Nina, who asks her to leave. As Obrecht heads for the elevator, she runs into Valentin. After exchanging threats, they talk about how Nina can see Nathan in Sasha. She worries that Sasha won’t be able to maintain the charade. He suggests she focus on keeping her mouth shut and they maintain their stalemate. After she leaves, he goes in to see Nina, who complains about her aunt and then explains she’s planning to spend two weeks in Paris with Sasha. He suggests she postpone it since Charlotte needs her right now. She agrees to a delay. 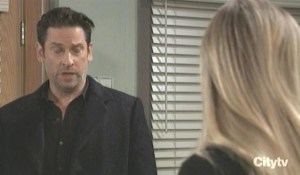 Carly catches Franco searching Kevin’s office. He explains that the shrink has been treating him like dirt. That sounds familiar to her. Franco explains that Kevin doesn’t want to see him anymore. She assures him that Kevin is dumping everyone and asks him about the patient at Ferncliff. He doesn’t know anything but wonders if the box he’s holding has some answers. It doesn’t open. Carly suggests that he move on to another therapist. Franco thinks it’s weird that his file isn’t in the office. After he’s gone, Ryan arrives and Carly questions him again about the patient. He suggests she drop this and focus on her family. Carly vows to get to the bottom of this and leaves. He takes out the box that Franco was holding earlier, opens it and adds Carly’s name to the list of the people he’s killed. Ava calls him in tears to say Sonny refused her. He adds Sonny’s name to the list and narrows his eyes. 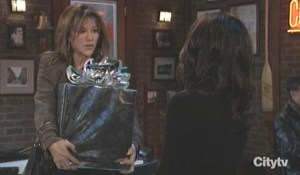 Alexis meets Sam at Charlie’s with a giant gift for Kristina. Sam tells her about Shiloh and the charity work Dawn of Day does. She’s worried her sister is in over her head. Before she can explain, Kristina arrives and interrupts. Sam tells them about conning Shiloh’s father. She’s afraid that Shiloh is using Kristina to get back at her. Kristina explains he discussed what Sam did in his book and he has no ill feelings. She suggests they attend some Dawn of Day seminars. Jason joins them and Kristina walks off. That’s the calmest Alexis has ever seen her daughter. She suggests they attend a seminar though. Sam says they can keep an eye on Shiloh that way.

Liesl finds Franco on the pier. They recall the last time they met and how she beat the latest charges against her. He tells her that someone who knows his secrets betrayed him.

Joss is thankful for Cameron.

Anna Mysteriously Goes Blind and It...

Anna's Sight Is Restored but She's...