Anna Mysteriously Goes Blind and It May Be Permanent 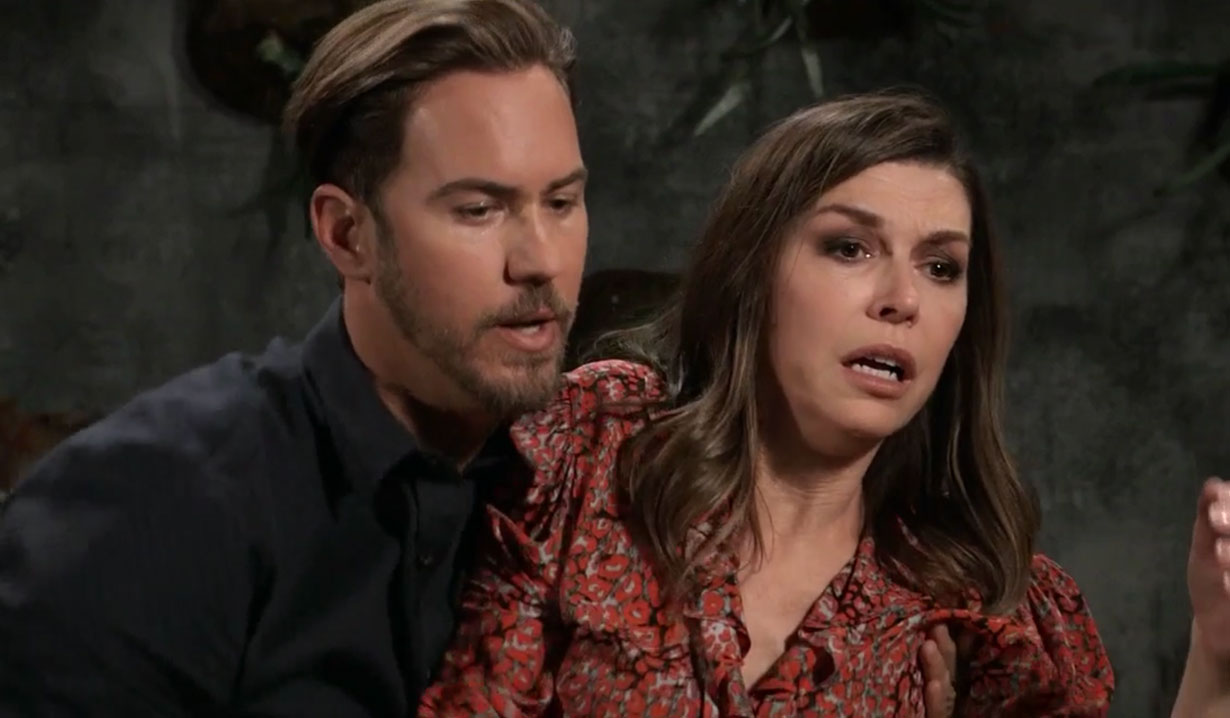 At Kelly’s, Anna faints and when she comes to she realizes she can’t see. Peter helps her up and says he’ll take her to the hospital.

Valentin surprises Nina at Crimson with flowers and is thankful for his second chance. She thinks it’s more like his fourth one, and she doesn’t need gifts because he gave her the best one by reuniting her with her daughter. 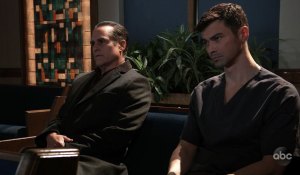 At GH, Drew runs into Kim, who has lost hope and feels medicine has failed her son. At the nurses’ station, Finn is surprised to see Obrecht, who has come to speak with HR. He points out there is no way Monica will allow her back if that’s what she’s hoping. Obrecht thinks she’s too good for this place anyways. Sonny goes to the chapel to pray for Oscar and bumps into Griffin. Griffin isn’t sure that prayers will do good, and vents that faith is an illusion and his whole life has amounted to a lie. Griffin thinks if Oscar gets a miracle it will come from science, not God. In Kevin’s office, Ryan looks into booking a trip to the Bahamas and then glances at his trophy licenses in his wallet. He adds them to his pile of licenses he keeps in a lock box in his desk. 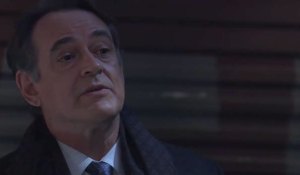 Ava heads to the pier with a gun and runs into Franco, who wonders what in the hell she’s doing out so late. She is planning to make herself a target for Kiki’s killer so she can deal with him. Franco says as a former killer, she is not a desirable target because she has a lethal reputation. Ryan approaches and wonders what is going on. Franco tells “Kevin” about Ava’s ridiculous plan, but he supports her dealing with her grief in whatever way she feels is best. Franco is puzzled, and also wonders why he’s been ghosting him about an appointment. “Kevin” thinks it is time they stop working together and he would be better off with another therapist. Franco is hurt, tells him, “To hell with you,” and storms off. Ava is shocked, but “Kevin” insists this is for the best. He also believes staying in town is not good for her, and the two of them should leave Port Charles. 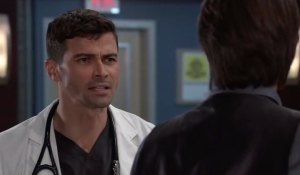 Anna is brought into GH in a wheelchair by Peter. Finn rushes her to a room and Griffin is brought in on the situation. Griffin promises they will find out what is going on, but he doesn’t believe this is due to her blood disorder. Anna thanks Peter for bringing her in. She knows he is busy and probably has to go. She tells him someone will reach out to him about her. Anna is taken for tests. In the hall, Finn speaks with Griffin, and asks if he is ready for this case. Griffin says Anna is the closest thing he has to family, so he needs to help her. As they discuss what could be causing the blindness, Griffin snaps at Finn for all his ridiculous questions and reminds him that he’s a doctor too. Finn thinks his bedside manner sucks and asks where his hope is. Griffin’s only faith is in what the data tells him. Later, Griffin reveals to Finn and Anna that she’s experienced a vitreous hemorrhage, but they don’t know what caused this or if they can restore her vision. 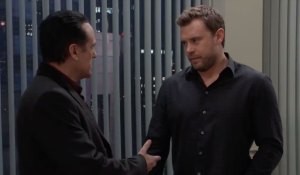 Elsewhere, Sonny runs into Drew and Kim. He’s heard about Oscar and offers all of his resources and connections, whatever they need. Drew thanks him, but there is no miracle drug that can save Oscar. Drew appreciates him though. Elsewhere, Franco wants his medical records back from Kevin, but his new secretary refuses to release them, so he breaks into Kevin’s office and begins searching through his things. 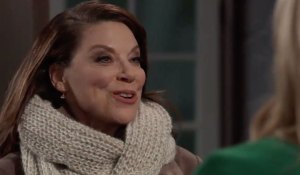 Back at Crimson, Obrecht finds Valentin wooing Nina and asks to speak with Nina alone. He refuses to leave, and Nina wonders what is going on between them. Obrecht reveals Valentin is trying to find her a position at Cassadine Industries. She asks again for a private moment with Nina, so Valentin departs. Obrecht wants Nina to keep her eyes open where Valentin is concerned. Nina wishes she could be happy for her because Valentin found her daughter. Obrecht feels there is something Nina needs to know about her daughter.

Peter meets with Valentin at Kelly’s and tells him about Anna’s situation. He asks him not to reach out to his mother, because he doesn’t want Valentin using this to his advantage somehow. Peter warns Valentin that whatever Obrecht has over him she will likely use, and sooner rather than later.

Curtis is surprised to hear Valentin is back with Nina.

Obrecht warns Nina she will be disappointed one day.

Alexis asks Sam what is going on in that house that she needs to know about.

Jason talks to Sonny about Shiloh.

Ava is stunned by Ryan’s offer.