Thursday January 10, 2019: Mac tips off Ryan, Ned is defeated in the election, and Anna suffers a medical emergency. 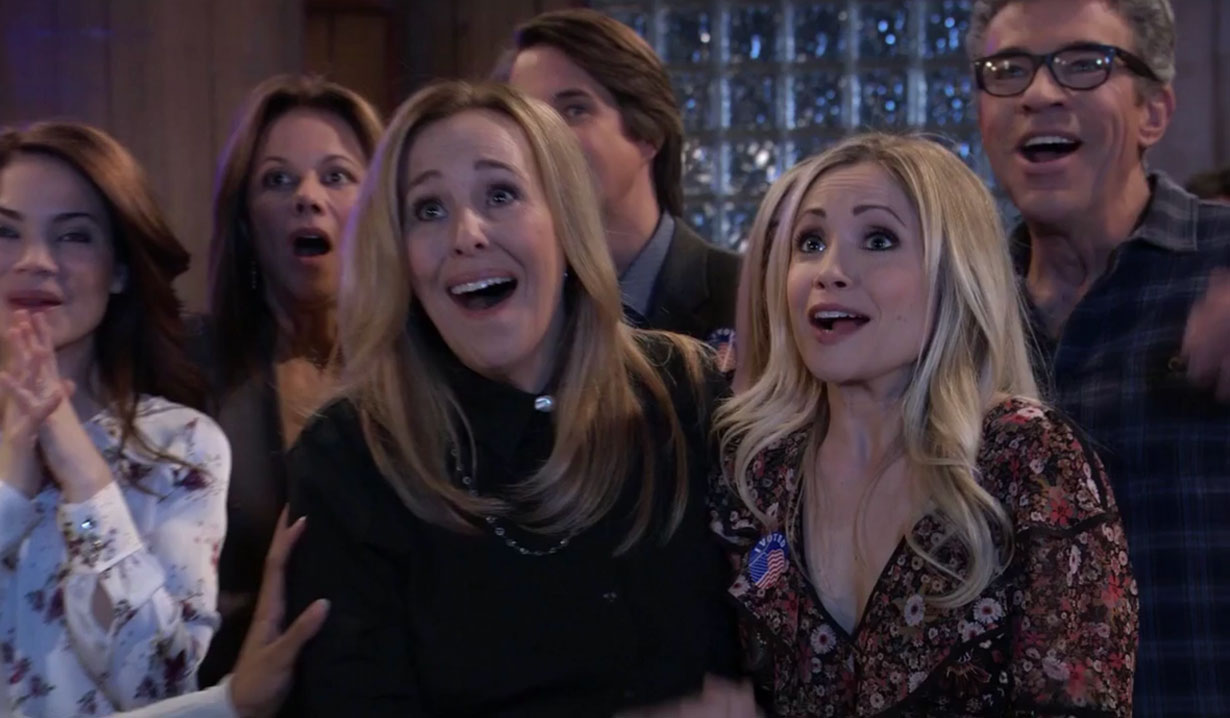 At The Floating Rib, Liz joins Alexis and Laura as they wait for the results of the election. Meanwhile, Mac calls “Kevin” and asks him to stop by because they have to talk. 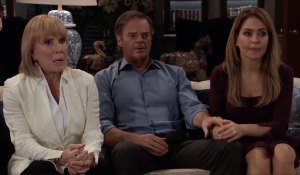 At the Quartermaine mansion, Ned and Olivia take a seat in front of the couch to watch the results of the election. Michael and Monica join them, and Monica is glad they’re able to come together and support one another given what Oscar is going through, and in light of Gail’s death. 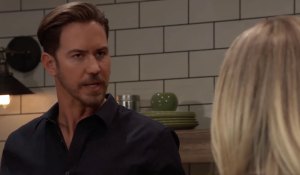 Maxie stops by Lulu’s place so they can go to Laura’s party when suddenly Peter arrives on Invader business. Maxie thinks he’s sending Lulu to work, but Lulu asked him over. Lulu suggests Maxie head out and she’ll meet her at The Rib, so Maxie leaves. Lulu fills Peter in on the theory the current killer is copying Ryan’s crimes and she wants to run a story on it. Peter refuses because the police are using this information to catch the killer, and this would be irresponsible of them. Lulu decides to go to her mom’s party, and Peter reveals he has a stop to make before he can join her and Maxie.

More: One Winter Proposal on Hallmark this weekend

At GH, Finn meets with Anna after her latest phlebotomy treatment. They run into Ryan, who is on his way out, and Anna gets a text from Peter asking her to meet him. Anna pushes Finn to go to Laura’s party without her, though he doesn’t want to. 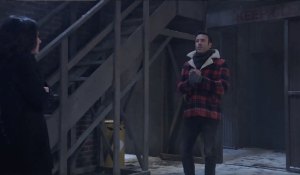 Jason and Sam meet at the pier and run into Shiloh, who is working to convince some of the homeless to go to the DoD shelter. Sam tells Shiloh he can drop the act, and Jason accuses him of knowing who Sam was when he came to town. He has no idea who she is, so she reveals she was married to his father Henry Archer. He swears he had no idea she was living in Port Charles, or that Oscar was Drew’s son, and calls it fate. Sam calls it a scam. Shiloh wishes she knew the person he used to be and tells them he had his own dark past and took jobs that weren’t always legit. He landed a security job in Afghanistan, which is where he met Drew, and his life was changed. She wonders if this new do-gooder life of his includes harassing her by using one of her old aliases. He claims he has nothing to do with that and hopes one day she’ll begin to see him as a friend, just as Kristina does. He wishes them peace and fulfillment and walks away. Sam tells Jason this is no coincidence, and Jason believes whatever he’s after it’s not good. 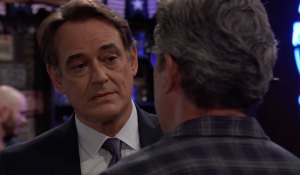 Ryan arrives at The Rib and Mac unknowingly tells him the cops have linked the current killer to Ryan’s murders through the missing licenses. Mac wonders how this killer knows Ryan’s MO when even the cops didn’t see it. Elsewhere, Finn shows up and makes small talk with Alexis. Lulu rushes in and joins her mother just in time for the election results. The news announces Laura as the new mayor, and everyone congratulates her. Later, Laura finds “Kevin” looking at his trophy licenses by the bar and she asks what he’s doing. She accuses him of giving her mixed messages, one minute pushing her away, and the next he’s her biggest fan. 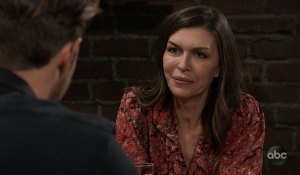 Anna meets with Peter at Kelly’s. Peter enjoyed her Christmas party and feels there is so much he still doesn’t know about her. Anna thinks they have all the time in the world to get to know one another. Anna becomes dizzy, and she explains she had a phlebotomy treatment and it can sometimes cause a headache. Suddenly, Anna exclaims she needs a doctor and collapses.

Back at the Quartermaine mansion, Michael tells Ned the results were close and he could ask for a recount, but Ned refuses. Monica reminds him of all the good work he did, and Ned thanks Olivia for all the work she did as first lady. He thinks he let her down, but Olivia reveals she enjoyed being the first lady because it was something she could do with him. Olivia and Ned leave, and Monica gets a text about the reading of Gail’s will.

Ned and Olivia stop by Laura’s party at The Rib to congratulate her on the win. Ned and Laura hug and Ned and Olivia depart. Laura makes a victory speech and thanks them for entrusting their town to her. She also assures them that she will be working closely with the PCPD to help them catch this serial killer. Ryan gives her a slow clap as the rest of the crowd enthusiastically applauds.

Obrecht asks Valentin if he has told Nina what he’s keeping from her.

Franco asks Ava what in the hell she’s doing.

Sonny offers to help Drew any way he can.

Ryan tells someone it’s time they stopped working together.

Griffin lashes out at Finn.

Anna exclaims, “I can’t see anything!”

Cameron Receives a Verdict in His...

Anna Mysteriously Goes Blind and It...