Tuesday January 8, 2019: Alexis tells Kim the truth, Cam heads to court, and Drew breaks the news about Oscar to Sam. 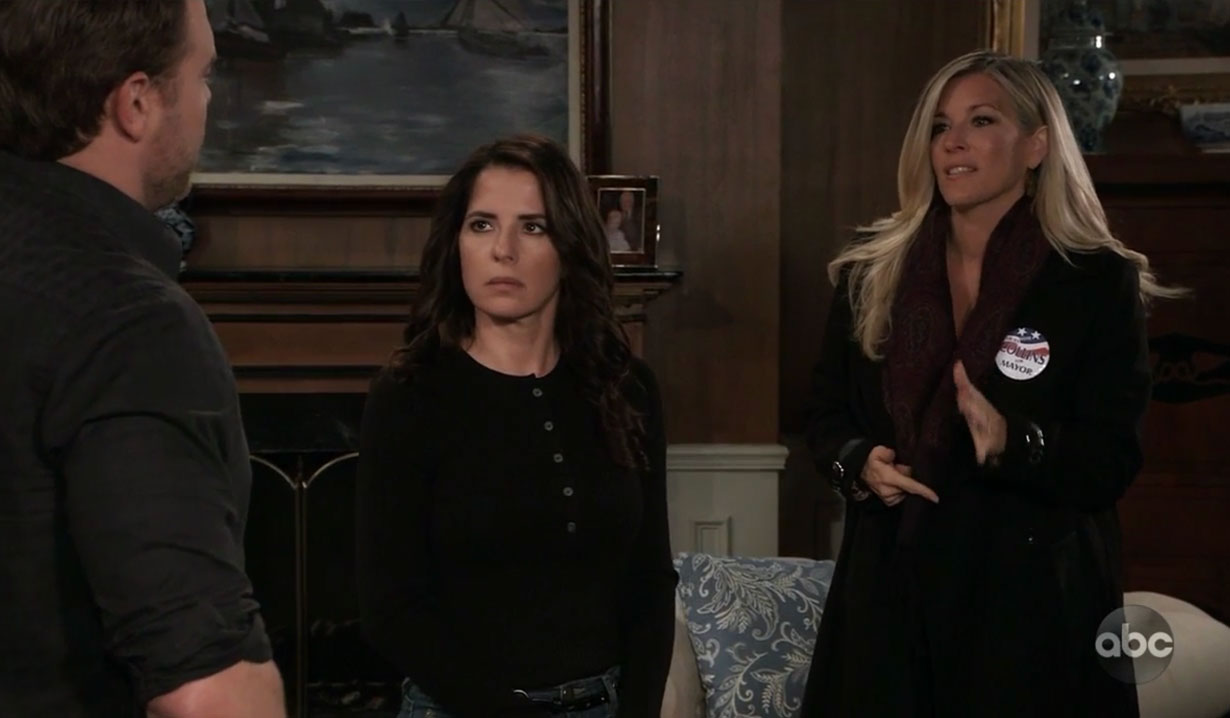 Franco meets Liz at court for Cameron’s hearing. Franco breaks the news that Oscar’s trial didn’t work, and he probably only has a few months to live. Liz feels for them.

More: A bombshell this week on GH

At GH, Cam, who’s dressed for court, stops by Oscar’s room and learns he’s being released. Cam is thrilled and thinks this means he beat the cancer. Cam feels if Oscar can beat cancer then he can face the judge today. Oscar asks why he has to go to court. Cam explains he got busted buying weed to try and help him deal with the drug trial. He asks Oscar not to tell Joss about the weed. In her office, Kim contacts other possible trials to get Oscar into, but is rejected from all of them. 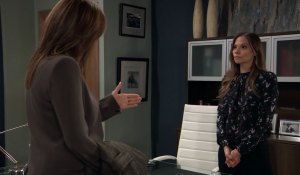 Alexis stops by to set the record straight, and insists she is not with Julian and did not sleep with him. Kim doesn’t give a damn who he slept with and tells Alexis it’s always been clear that she and Julian still have a connection no matter how hard they try to deny it, so she can have Julian. Alexis apologizes and was just trying to help her make sense of whatever is going on in Julian’s head. Kim cries nothing makes sense, and nothing matters anymore. She reveals Oscar’s trial didn’t work and feels she failed her son. Worse yet she took away precious weeks of his life for a trial that didn’t work. Alexis reminds her Oscar chose to go through with the treatment, and others pushed him to have it too.

More: GH Blog on Hank’s past with Drew 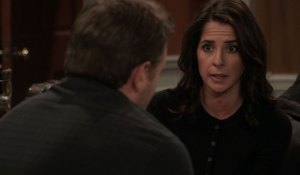 Sam runs into Drew at the Quartermaine mansion after dropping Scout and Danny off. She speaks with him about Hank, aka Shiloh, and that she doesn’t believe he has honorable intentions. She fills him in on Dawn of Day, and that Hank’s father was one of her old cons. She believes Hank is trying to get to her through using Kristina, and she wonders if there was anything in his old navy records about Hank. There wasn’t and he can’t help her. Sam senses something else is going on, because he’s not even reacting to this news. 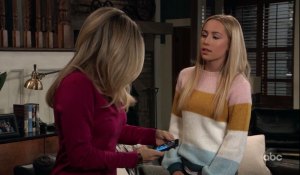 Carly returns home from casting her vote for mayor, and Joss asks her mom to talk Sonny into letting her and Oscar use his jet. She’s found different treatment options in other countries, and it’s up to them to save Oscar because the drug trial didn’t work. Joss thinks Kim and Drew seemed to be giving up and accepted it’s over, so she has to save Oscar. Carly tries to make Joss see that they aren’t giving up, but perhaps they’ve chosen to spend what time they have left and not chase cures. Carly comforts Joss, who breaks down. 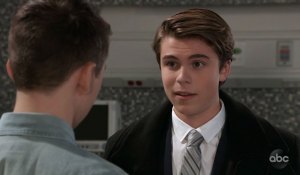 Back at GH, Joss arrives to see Oscar as Cam is leaving. She asks Cam about his threads, and he claims they are for his grandmother’s victory party. After he’s gone, Oscar reveals he didn’t tell Cam about the cancer. He tells her they should get out of there and go do everything they planned to do and enjoy the day. They agree to focus on the day and not worry about what is to come. In Kim’s office, Alexis expresses to Kim that she is sorry this is happening and is there for her no matter what. Kim thanks her. After Alexis leaves, Kim breaks down. Later she finds Oscar’s room empty and calls her son, telling him that she’ll see him at home tonight. She notices he left the book behind that he and Joss wrote all their future plans in. She flips through it.

Carly stops by the Quartermaine mansion and interrupts Drew before he can tell Sam about Oscar. She wanted to talk about the kids. Drew explains to Sam that the treatment didn’t work, and Oscar is terminal. Sam is sorry. Drew reveals they don’t know how much time he has left. Carly says she promised Joss to offer Sonny’s jet to him and Kim, should they want to take Oscar out of the country for treatment. Drew feels its Oscar’s time to decide how he lives the rest of his life. 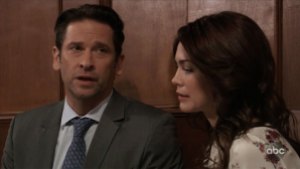 Alexis meets Franco and Liz at court and goes over her strategy with them. She plans to ask the court to drop the charges if Cam stays out of trouble for six months. Cam finally arrives, and still thinks everything is going to be okay because Oscar beat cancer. They head into the courtroom and learn from Alexis that the judge presiding over Cam’s hearing is a hard nose.

Ned waits for the results of the election.

Mac warns Jordan and Curtis that if the killer is copying Ryan then he will be hard to catch.

The judge in Cam’s case reaches a decision.

Laura tells Sonny that she has nothing to hide.

Cameron Receives a Verdict in His...