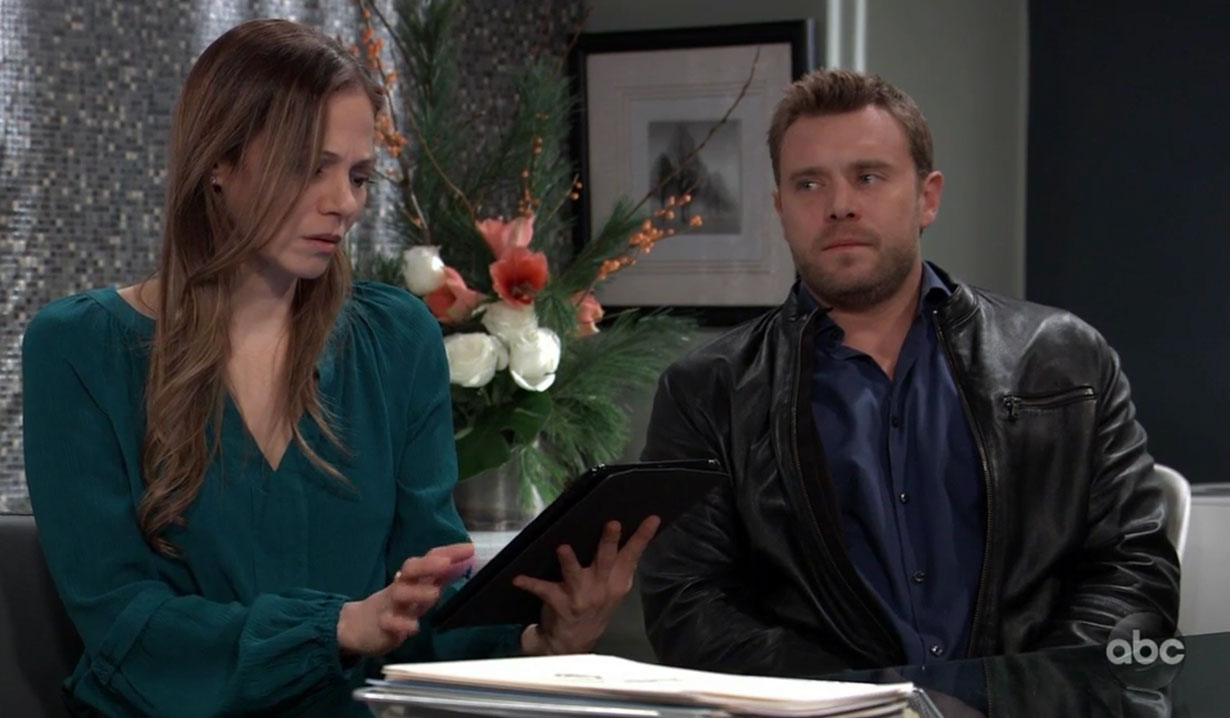 At Sonny’s gym, Ryan approaches Laura from behind and startles her. He followed her because she shouldn’t be alone with a killer on the loose. She thanks him for his concern and for his endorsement, and meant what she said about monitoring Ferncliff. 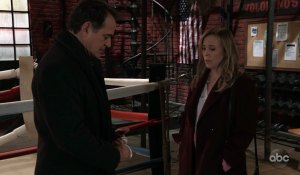 “Kevin” begins unlacing a boxing glove and tells her that she need not worry about Ferncliff because he’ll keep an eye on what happens there. He reiterates that many of the patients there are dangerous and manipulative. Laura notices that as he’s speaking, he has wrapped the lace from the boxing glove around his hands and is cutting off the circulation to his fingers. He calls it a new nervous habit. She asks if there is something he needs to tell her. He admits he has had something to say to her ever since she came home, and now that they are alone, perhaps he can. They are interrupted by Scott, who has come to train in light of the killer on the loose. He tells Laura about the latest killing and the police’s theory that they are a copycatting Ryan. He’s sure this killer will mess up and be caught, but Ryan points out the Zodiac Killer never was. Scott changes the subject and informs them about Gail’s death, and Laura invites him out for a drink to remember both Lee and Gail. They leave, and Ryan looks at the lace still in his hand, ties it into a noose and hangs it on the boxing ring ropes. 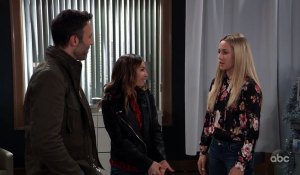 At GH, Joss visits Oscar, who is being released tomorrow. Kristina and Shiloh stop by and Kristina informs Oscar that his dad rescued Shiloh in Afghanistan. Oscar asks Shiloh to tell him about his dad because they don’t know much about his past. Shiloh agrees to, as long as Drew is okay with it. In Terry’s office, Kim waits for news on Oscar’s drug trial. Later, she goes to check on Oscar and meets Shiloh. Shiloh asks Oscar if he’ll be coming back to the home, but he’s decided to move back in with his mom. 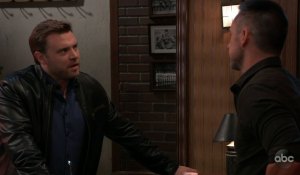 Drew stops by Charlie’s to confront Julian for dumping Kim. Drew calls him a schmuck for leaving Kim when she needed him the most and thinks he kept up this good guy routine much longer than anyone thought he could. Julian lashes out that he ended things because he saw them kissing at midnight. Drew claims it was an innocent kiss. 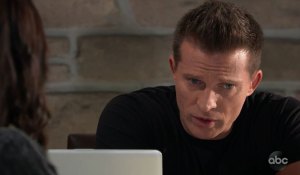 Alexis stops by Sam’s to see Kristina and learns she has moved in with Daisy and her friends. Alexis thinks they are a nice group of people who took care of Oscar, so they will be good to Kristina. Alexis takes off. Later, Jason and Sam begin researching Dawn of Day. Jason discovers Hank’s real name is David Henry Archer, and Sam realizes he is the son of Henry Archer, one of her former husbands she conned. She never met Hank because he was at odds with his father over her, and Hank was a name he used to rebel against his father. Jason thinks too many people they care about have found themselves in this guy’s orbit and it can’t be a coincidence.

More: Sam worries about Kristina in the Soaps spoiler digest

Back at Charlie’s, Alexis interrupts Julian and Drew’s argument. Julian claims since Kim spent New Year’s with him, he found someone else to spend it with. Drew gets a text from Kim and has to go, but thinks Julian never deserved Kim. Alexis confronts Julian for lying to Drew. Julian feels Kim needs Drew right now, especially if things with Oscar don’t work out. He let Kim believe he slept with someone because he had to push her away. She asks if he let Kim believe he slept with her. Julian didn’t say it was her, but didn’t deny it either. 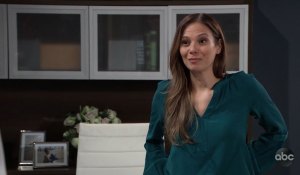 In Terry’s office at GH, Terry gives Drew and Kim the news that Oscar’s tumor didn’t shrink and the treatment failed. Kim explains to Drew this means the tumor is still inoperable and Oscar is going to die. She asks how much time they have, but Terry believes it is too soon to tell because the tumor has been slow growing. Terry leaves them, and Drew realizes then need to tell Oscar. Kim wants to wait till tomorrow and give him one more day of hope, but Drew reminds her they gave Oscar their word that it was his life and his decisions to make. They go to see Oscar and break the news.

Cam tells Oscar, “This is exactly the kind of news I needed to hear today.”

Joss tells her mom that Oscar could get better if she could get him to one of these places.

Kim informs Alexis that she doesn’t give a damn who Julian slept with.

Sam explains to Drew that she feels she’s being set up.

Jordan and Curtis Catch a Break in...