Thursday December 27, 2018: Sonny has words with Margaux, Emma returns to Port Charles and Jason meets someone who knew Drew. 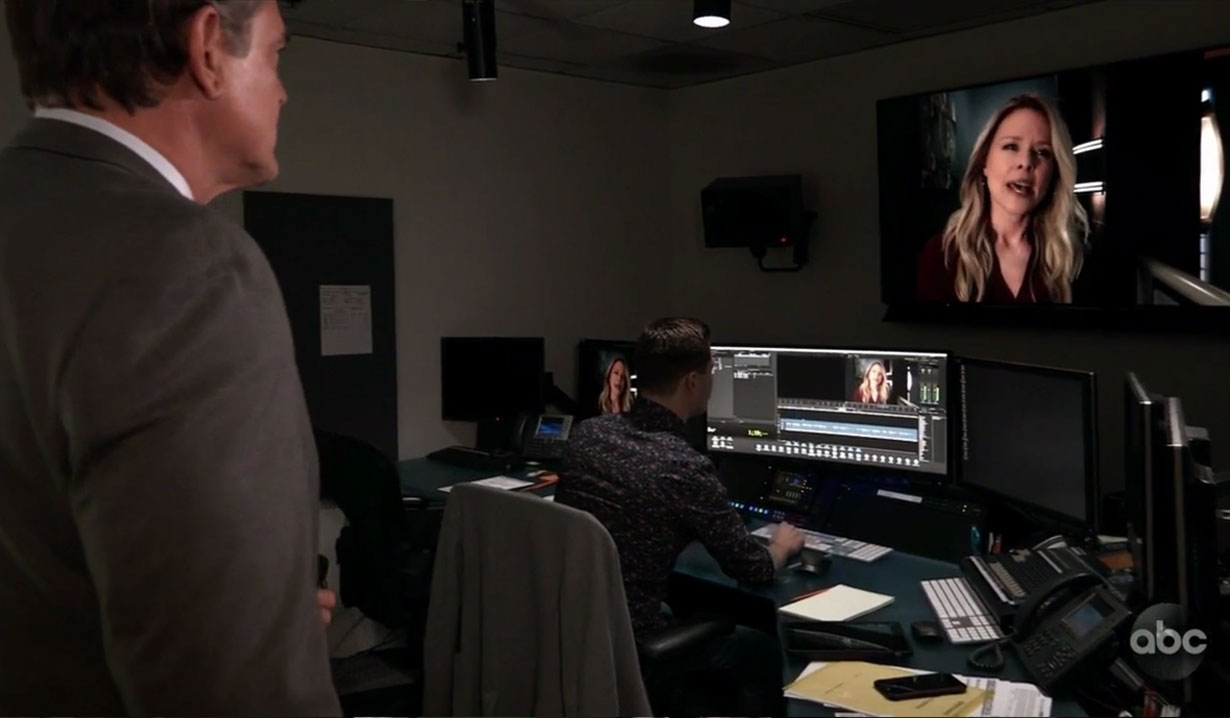 Jason meets with Sonny at the Metro Court when they are interrupted by the DA, who wishes them a happy New Year. 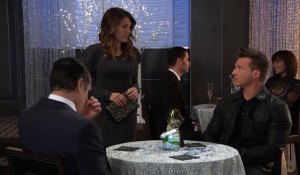 Jason reveals he was about to tell Sonny that she gave Drew the flash drive back. Jason excuses himself, and Margaux states she gave Drew back the drive because she realized using it as leverage was wrong. Sonny isn’t sure he believes that, and while he appreciates what she did for his dad, he feels nothing has changed between them. She has bigger fish to fry than him with these killings and the crazy theory there is a serial killer out there. Sonny offers help finding the killer should she need it because Kiki was family, plus he owes her. She doesn’t need to be repaid for helping his dad and notes that some debts can never be paid, and some things can’t be taken back. 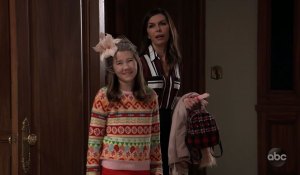 At Anna’s, Finn returns home from the airport with Emma. Griffin is there, and Emma is sorry about Kiki and invites him to join them for New Year’s. Griffin has decided to work tonight and help others. Anna takes Emma to get settled, and Griffin heads to work. Later, Emma surprises Anna and Finn with keychains for their keys to the house. She leaves them to discuss things, and Anna notes Emma is not so subtly suggesting he move in with her. The two kiss just as Emma returns, and she wonders if they have agreed to move in with one another. Anna and Finn dance around the topic until Finn suddenly ups and walks out. He returns later with Roxy and his bags and makes moving in official. 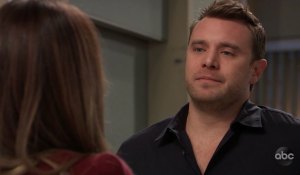 At GH, Drew suggests to Kim she spend the evening celebrating with Julian. She reveals Julian suggested she stay there and celebrate with Oscar, and that’s what she plans to do.

Ryan discovers a man in his office. The man thinks “Kevin” never expected to see him again. Ryan didn’t and asks Peyton Mills, (played by John Patrick Jordan), if he is here because of the documentary he’s making on his brother. Peyton was hoping “Kevin” would take a look at the rough cut, so Ryan agrees to come meet him at the place he’s rented down by the pier which he’s been working out of.

Laura meets with Felicia at The Floating Rib and they talk about Ryan and the breakdown Kevin had after his death. Felicia reveals she did an interview with a producer making a documentary on Ryan as a way to stop running from the past. Laura decides to not take up anymore of her time and lets her get back to work. Laura’s phone dings. She opens it and sees Lulu’s story on the killings. 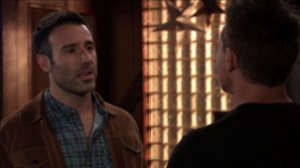 Later, Jason shoots some pool when a man mistakes him for Drew. Jason explains who he is, and the man introduces himself as Hank, (played by Coby Ryan McLaughlin ),a friend of Drew’s in Afghanistan. Jason reveals that Drew lives in Port Charles now, so Hank asks if he has his information. Jason suggests Hank give him his number and he’ll give it to Drew. Hank writes down his information and is sure Drew will remember him. After the game, Jason calls Sam to let her know he needs to make a stop before meeting with her. 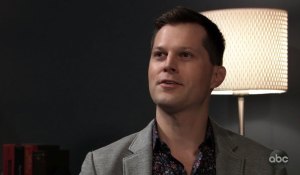 Ryan arrives at the producer’s studio and watches some of his footage of Felicia’s interview, in which she details meeting Ryan when he was calling himself Todd Wilson. Felicia’s description of him as being vile and getting what he deserved enrages him. Ryan suggests he dump all the Todd Wilson nonsense, but Peyton says it plays into his theory. He reveals he went to were Ryan’s funhouse was, which is a coffee house now, and no evidence of Ryan’s DNA was ever found there. He says it inspired his ending and offers Ryan a sneak peek. He hasn’t taped it yet, but he is going to suggest Ryan didn’t die and is still out there walking amongst them. Ryan claims it’s quite an ending, and learns Peyton hasn’t shown anyone the documentary yet. Ryan has some more ideas to discuss with him, and shuts the door to Peyton’s office.

Back at GH, Griffin gets to work, but becomes upset when he sees Lulu’s story on the killings. Laura runs into Griffin, who was looking for Kevin to try make sense out of Kiki’s death. He wants to see justice served but says it will come too late for Kiki. Griffin knows he took an oath to do no harm, but he would kill the person who killed Kiki if he could, and he thinks he’s justified and would be doing the lord’s work. Meanwhile, Jason locates Drew and tells him about Hank, who he thinks has an agenda because he was too eager to tell his story.

Willow is asked how she knows Michael.

Kim reveals to Drew that they conceived Oscar on New Year’s Eve.

Curtis learns Peyton wants to meet with him.

Ryan tries to find out if anyone is looking for Peyton.

Laura reveals to Scott that Kevin is sleeping with Ava.

Sam learns about the man from Drew’s past.

Nelle Tells Obrecht the Truth About...