Nelle Tells Obrecht the Truth About Her Baby

Wednesday December 26, 2018: Carly and Laura wonder what's wrong with Kevin, Ava lashes out at Anna and Griffin, and Joss has a request for Julian. 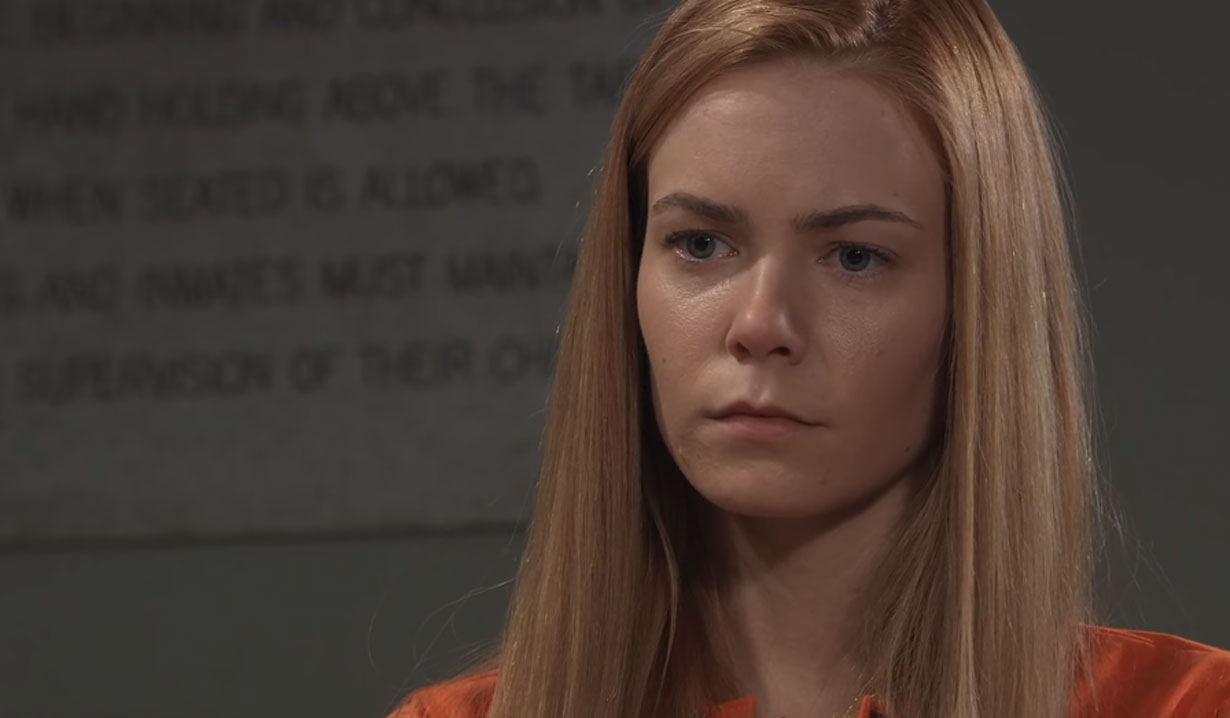 Drew and Kim are with Oscar at the hospital. They leave when Joss arrives with a gift. 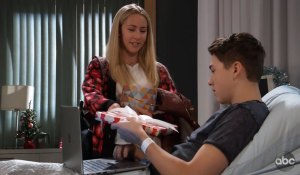 It’s a five year planner and the first year is filled out for them. He muses about how much things have changed in the past year. Oscar still wishes his parents were back together and looking after each other. Out in the hall, Kim and Drew talk about this being the last week of the drug trial. If he isn’t getting better, Drew says, they’ll have to squeeze the world into the rest of his time. Michael bumps into Willow in the corridor and they chat about the holidays. He admires her for speaking about her son at the meeting. They imagine what it would be like to see their children grow up. She sits down and explains what it felt like to lose her child. Willow dreams of holding him again. Michael dreams of Jonah too and tells her how great Wiley is. She’s startled by the name and nearly cries when he shows her a photo.

Olivia drops by Charlie’s and is surprised to learn that Leo and Julian were making snowmen all day. Later, Joss shows up. She and Julian discuss Oscar. When he says he’d like to help, she suggests he give up Kim so she can reunite with Drew. He won’t walk away from Kim. She accuses him of being selfish and suggests he let them be a family while they can. 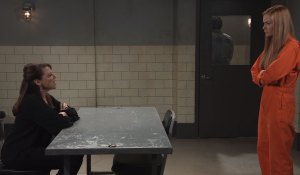 Obrecht drops by Pentonville to see Nelle and wonders where her baby boy is. Nelle insists he was traumatized and died. Liesl doesn’t buy it and wonders how grateful Michael would be to learn the truth. Nelle says that he and Carly don’t deserve to raise her child. The doctor demands to know where the baby she delivered is and threatens to go to the cops. Reluctantly, Nelle details what happened and how she gave Brad her baby. Dr. O assures her that the truth will remain unsaid until she needs to use it. 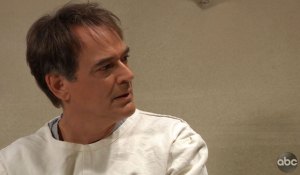 Ryan visits his brother in Ferncliff. He gloats about treating his patients and assures him he’s been a gentleman with Laura. Kevin is shocked to hear he’s getting a divorce and that his brother has killed two people. Ryan needs to keep him alive to fill some knowledge gaps about his life. When Kevin is left alone, he imagines Laura coming to visit him. She vows to stay with him and worries that her love for him will get her killed.

Ava goes through Kiki’s stuff in her old apartment and packs it up. Anna arrives with Griffin. Ava sneers at them. Before they can leave, Griffin asks if he can have something of Kiki’s. Ava yells that he’s taken enough of her and challenges him to stay and watch her empty the place of all traces of her daughter. Anna stands up for Griffin. Jerome says that his grief can’t compare to hers and starts taking out all the things that Kiki saved from her childhood. Even Anna is moved by Ava’s tears and wonders if there is someone they should call. Ryan arrives and says he’ll take care of her. As Ryan and Ava leave, he requests they lock up. Anna asks Griffin not to let Ava get to him. He recalls how gorgeous Kiki was and takes a DVD from the player, the last one they watched together. 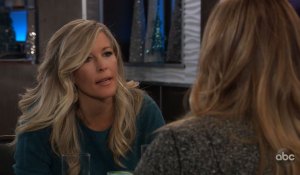 Laura is at the Metro Court with Carly, who assures her that Kevin can’t be in his right mind if he’d give her up for Ava. That’s what Laura’s afraid of. She explains that Kevin had a psychotic break once and confused his identity with his brother’s. Carly thinks she’s digging for a reason to believe he doesn’t really want a divorce. Later, Lulu arrives with gifts for her mom from the kids. Laura keeps worrying about what’s wrong with Kevin. Lulu tells her that the police think that Kiki and Mary Pat’s murders could be connected. They whisper about this but Carly eavesdrops and then interrupts. When they spot Ned, they drag him over and ask him about a serial killer being on the loose. He says they are trying to avoid creating a panic and isn’t happy when Lulu claims she is going to publish an article about it. Olivia pulls her aside and suggests she write a positive story for once. Ryan and Ava arrive. He leaves her at the bar and crosses over to Carly to tell her that the patient’s name is Wilson Ritter and he’s dangerous. When he returns to Ava, he finds her lecturing Ned and Laura for not going after the killer.

Kevin has an unwelcome visitor.