Valentin and Nina Have Sex After a Romantic Reunion

Wednesday December 19, 2018: Carly worries to Jason about Sonny, Margaux steps in to help Mike, and Kristina gets annoyed by everything. 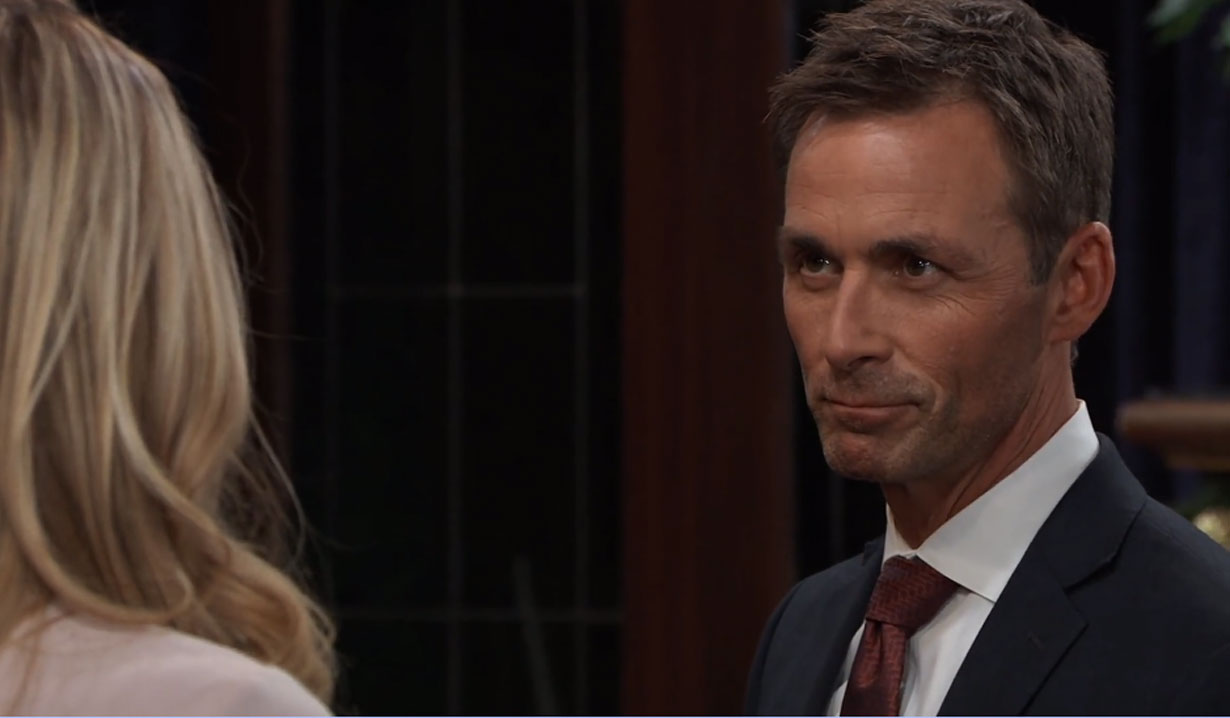 Margaux calls Sonny at Turning Woods and tells him she’s found Mike and Yvonne. Sonny argues with Marcus about the situation and then they leave to pick them up. 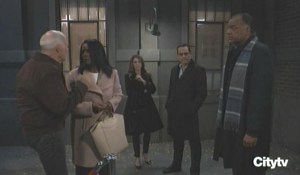 At the Gemini Club, Mike tries to get the bouncer to let him in, but he can’t without Mike paying a cover. Margaux flashes her badge and asks him to get Mike and his lady a table. Sonny and Marcus arrive. Yvonne doesn’t recognize her husband. Margaux takes Mike aside and gets him to calm down by rating jazz pianists. Marcus tries to get through to his wife, but she still doesn’t know him. Sonny and Margaux discuss jazz until Mike calls them over. A cop is there and Marcus wants Mike arrested for kidnapping. Sonny takes Marcus aside and argues with him about this. Marcus just wants to protect his wife. Sonny doesn’t think this is the answer. Yvonne asks Marcus to take her home. Margaux and the cop leave with them. 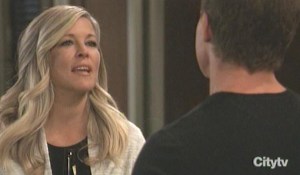 Jason and Carly return to the Corinthos compound. She’s scared of where things are going. She won’t be able to take Sonny back if he has yet another affair with a DA. Carly thinks Sonny is attracted to ‘weaker women’ and dumps her for them until they fail him and then he comes back. Jason assures her that she has him for support and they will deal with whatever happens. He’s sure nothing will happen, but she needs to be patient. Sonny needs her to help him get through what’s happening with Mike. Carly makes him promise to keep an eye on Sonny and the other woman. Mike and Sonny arrive. Mike feels disappointed for not getting Yvonne into the club. His son reminds him she needs to stay in the facility. They explain that Yvonne is married and her husband was worried that she went missing. Carly takes Mike upstairs and Sonny tells Jason what a help Margaux was. Mike and Carly return. He asks his son to help him say sorry to Yvonne and her husband. 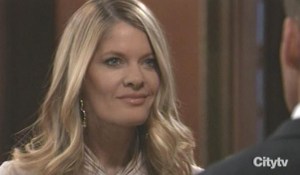 At Wyndemere, Nina and Valentin discuss past Christmases. He throws wood on the fire and she calls to leave Sasha a message. Valentin asks her to stay for dinner. She checks the weather and then agrees. They sit by the fire and remember their first kiss. When she leans in for a kiss, he pulls away and suggests they call it a night. She accuses him of freaking out. He admits he wants to take her to bed every night, but he also wants to be a gentleman. Nina says it’s her choice. She’s sure he learned his lesson and won’t hurt her again. He made her happier than she’s ever been and she can’t stop loving him. Keeping them apart makes everyone unhappy. She’s ready to take another leap of faith. They kiss and then have sex on the couch. 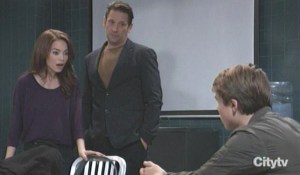 Alexis arrives at the PCPD to see Cameron, Liz and Franco. Leaping up, Cam tells the lawyer that he’s innocent of criminal intent. They go into the interrogation room and he explains that he got the pot for Oscar. He tried to call the deal off, but the dealer made him pay. Alexis leaves to check on the charges. Liz gives her son a hug. She knows his intentions were good but introducing something to Oscar’s drug regimen without consulting a doctor could have killed him. Alexis returns and explains that he can go home but needs to be on his best behavior until a judge decides what to do. She tells him he’s a good friend and exits. Liz makes it clear to her son that he’s grounded. She’s worried about him, but he promises he’ll do better.

More: Remembering when Christmas came to the soaps 25 times the past

Margaux brings Marcus and Yvonne back to Turning Woods. Once Yvonne is in her room, the DA tells Marcus that dragging his wife through a court case wouldn’t be good for her. Later, she calls Sonny to check in on Mike and explains she got Marcus to let Mike off the hook. He’s thankful and says he owes her. 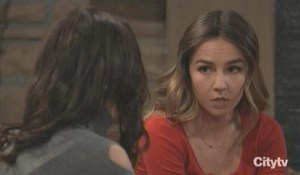 Kristina arrives at the penthouse in a huff and complains to Sam about her day. She threw herself at someone who wasn’t interested. Having to come home to Sam doesn’t help. Kristina can’t see why her sister hasn’t just gone back to Jason. Sam lists the problems with that scenario. She needs to be sure of herself before they get back together. Alexis shows up and tells them what happened with Cam. She wonders if Kristina told Cam that she had pot when she had cancer. Kristina lashes out at her for assuming she made a bad decision. She storms off. The lawyer feels bad. Sam suggests she give her daughter some space. Upstairs, Kristina calls Daisy and asks if she can come and stay with her.

The friction increases between Sonny and Carly.

Sam gets a disturbing message.