Valerie Reacts After Kissing Kristina, and Cam Is Arrested 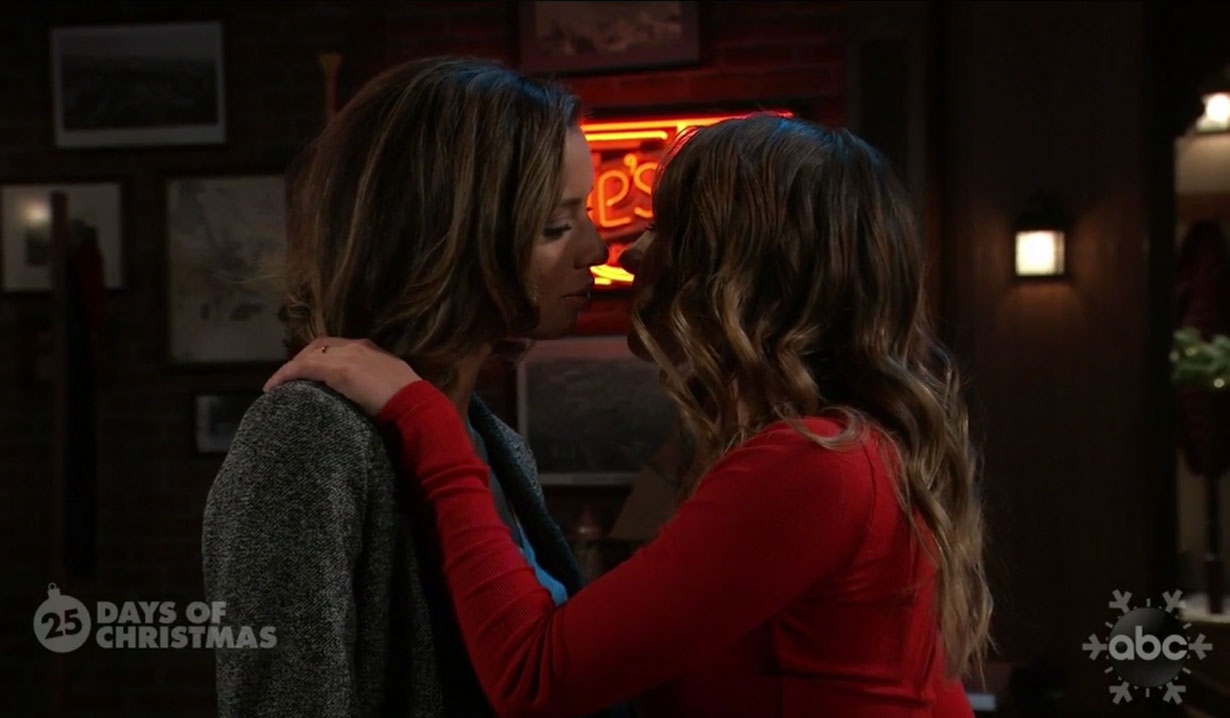 At Sam’s, she and Jason move in for a kiss, but are interrupted by an email alert on Sam’s phone from the person who’s been contacting her using one of her old aliases.
The email warns her that while everyone else may have forgotten about her past, they haven’t. She needs to find out who this person is.

More: Holiday pre-empts for all soaps

Valerie stops by Charlie’s to see Kristina and kill some time before meeting Bobbie. Kristina comments on how hot Val’s new partner Chase is, but Valerie reminds her she already made that mistake before with Dante. Valerie talks about growing up a loner with only her mother. She only had one female friend growing up, but something happened, and things got weird. She thinks what happened with Dante was more about feeling safe in the wake of her mother’s death. Kristina brings up Curtis and how she hasn’t dated anyone else since him, and perhaps she’s afraid to put herself out there and get hurt. 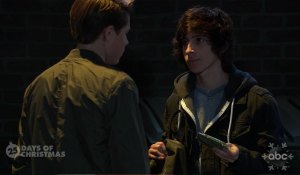 Valerie gets a little light headed having not eaten much, so Kristina uses Daisy’s energy healing technique to help her. Kristina has her focus on the things that make her feel loved and protected, and soon the two begin to kiss. However, Valerie pulls away and says she’s sorry and this shouldn’t have happened. She isn’t gay and rushes out. Out in the alley, Cameron meets the drug dealer, (played by Nick Alvarez), and tells him the deal is off and he doesn’t want the pot. The dealer won’t take no for an answer and warns if he doesn’t pay then he’ll cause trouble with his supplier. Cam hands over the money just as Valerie exits the bar and busts them. 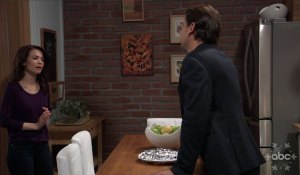 At Liz’s place, Franco says he has news she may not like. Liz thinks he heard about Aiden, but he hadn’t, so she fills him in on the bullying issue. Liz doesn’t understand why everyone has singled out Aiden, and what he’s doing they find so different. 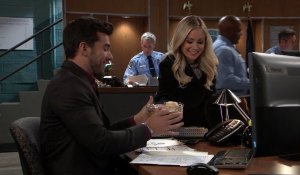 In the PCPD interrogation room Jordan and Margaux discuss the murders and decide to call it a day. Margaux has an extra ticket to a local jazz group and invites Jordan. Jordan agrees to try and meet up if she can finish her other work. In the station, Lulu drops some leftovers off with Chase, and asks if he’s identified any new suspects in the murders. Chase thinks she’s working him for insider information and refuses to be her PCPD mole. She swears she only wanted to bring him dinner but wouldn’t say no to information. He lets her know that won’t happen. He leaves to heat the dinner up and Lulu is tempted to peek at his files. Chase quickly returns with the food and shares it with her, and she vents about how hard Dante’s undercover assignment has been on her and the family. 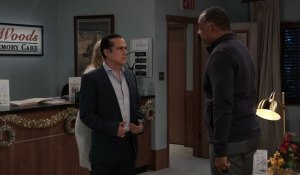 At Turning Woods, Marcus calls the police after learning Mike and Yvonne are missing. Sonny worries to Carly that this could go very wrong if Mike panics. Jordan and another cop arrive to deal with the situation. Daisy, who is listening in, interrupts and explains she just saw Mike and Yvonne getting on the bus, and she didn’t know they weren’t allowed to leave seeing Mike is a day patient. Marcus wants to press charges against Mike.

Back at Sam’s, Jason gets a call from Carly asking for his help locating Mike and Yvonne. He leaves, and Sam receives another email. She responds and asks what the person wants.

Daisy meets Kristina at Charlie’s and finds her crying. She asks what is wrong, and Kristina explains she read a situation wrong and ruined one of her best friendships. Kristina comes out to Daisy as bi, and Daisy only wants her to be her truest self.

Valerie brings Cam and the dealer down to the station. Chase suggests Cam not say anything until his mom gets there, and Lulu asks what is going on.

At Liz’s place, Liz gets a call from Lulu who tells her that she has to come down to the PCPD because Cam was arrested for buying pot.

Back at the station, Chase puts the dealer in a holding cell, and Franco and Liz arrive to deal with Cam. Liz is furious with her son, but he explains it was for a friend. Meanwhile, Lulu uses the distractions to take a photo of some case files.

At Turning Woods, Jordan suggests to Marcus they wait on any criminal charges and focus on finding Mike and his wife. Jason arrives, and Sonny asks him to get their people involved in trying to find Mike before things get worse. Suddenly Margaux calls from the jazz club to tell Sonny that she just happened upon his dad.

Nina wonders if Valentin just made an invitation to her, or a demand.

Kristina vents about her evening to Sam.

Sonny assures everyone there is no danger.

Carly vents to Jason that she won’t take Sonny back if he does this again.

Mike and Yvonne Disappear From...

Valentin and Nina Have Sex After a...