Thursday December 13, 2018: Joss looks for a way to help Oscar, Kim and Drew discuss their past, and Sam and Curtis find another clue in their case. 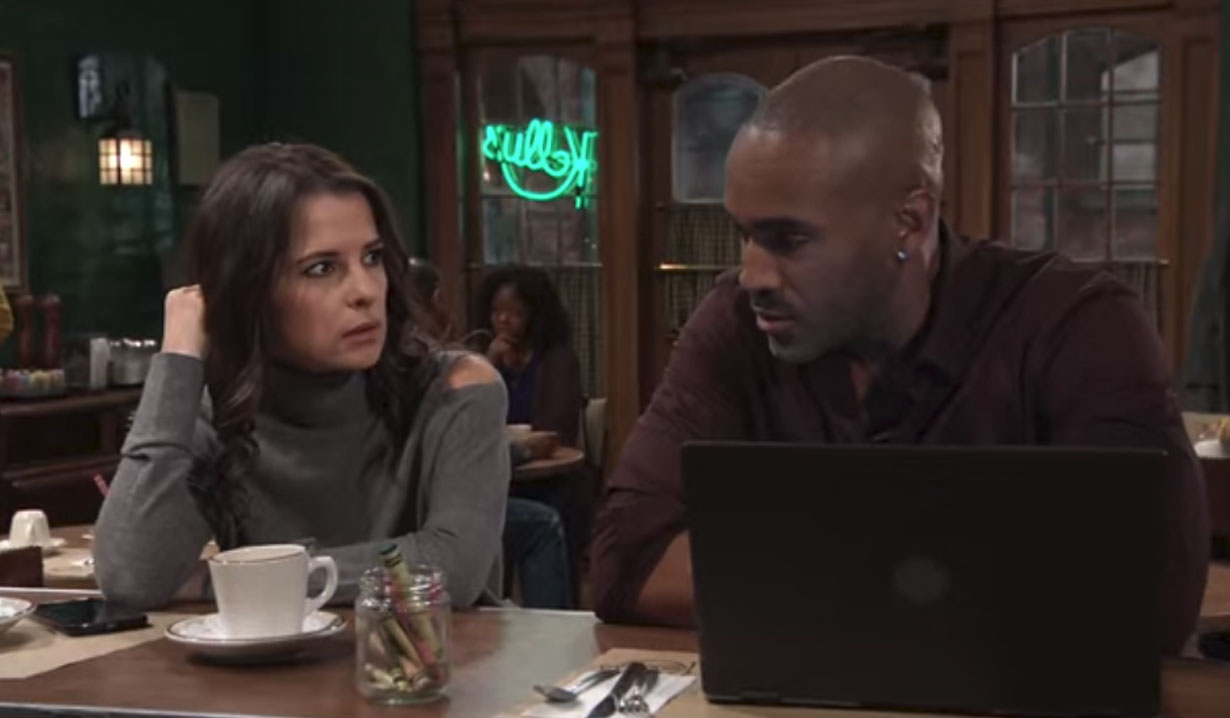 When Nina arrives at the Crimson office, she tells Maxie that her daughter told her she loved her before she said goodbye. 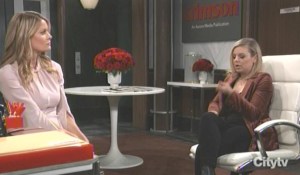 They begin talking around the men in their lives. Nina stops this, saying they are too intelligent and gorgeous to fall into the trap of bad men. Maxie explains what happened with Peter on the night of the wedding. Nina admits she doesn’t love the idea of them being together, but she thinks Maxie needs some light in her life. 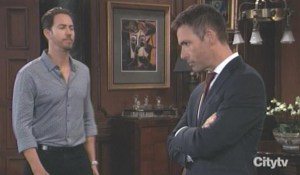 Peter meets Valentin at Wyndemere. The Cassadine wants him to refuse to testify against Obrecht. Peter can’t think of any way to talk himself out of it. He assumes Liesl must have something incriminating on Valentin, but the Cassadine insists she’s got nothing on him. Valentin gives him tips on how to woo Maxie, suggesting that freeing Nathan’s mother would be a great Christmas present. Peter needs to think this over.

At Charlie’s, Julian gives Kim coffee and she rushes off to see Oscar. Cameron shows up looking for a job. Julian doubts his mom would be cool with that. Cam explains he just wants to cover for Oscar so his job will be available when he gets better. Later, Julian makes a call and orders something as a gift.

At the hospital, Drew and Joss play games with Oscar until he gets interrupted for a test. Once Oscar heads down the hall with a nurse, Sonny arrives. He and Drew wander down the hall and discuss Oscar’s situation. Sonny offers to give them any help they need. Back in Oscar’s room, Joss cleans up and Kim arrives. Joss offers to get Oscar food he’ll actually eat. Kim suggests she look after herself and get some rest. Later, Oscar returns to his room and Sonny visits him. 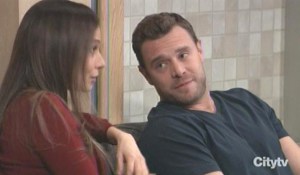 Corinthos reminds him of when they first met and tells him he has a lot of guts. He asks him to promise to stand up to his disease. They shake on it. Down the hall, Drew tells Kim that he has the flashdrive, but he won’t use it because he doesn’t want to risk losing the past four years. She admits that she once fantasized about them having a future together, even before she was pregnant. Kim tells him an anecdote about how great he was with children. He’s sorry that Scout and Oscar will never meet that guy. She thinks who he is now is pretty great. As she rests her head on his shoulder, Julian arrives.

Jason visits Carly at the Corinthos compound. They worry about Joss until Max calls. Margaux arrives with the scarf that Sonny loaned her. [Cable signal lost from approximately 2:18-2:20.] After Margaux explains, she exits and Carly explodes, ranting to Jason about the DA hanging around Morgan’s grave and using Sonny’s shoulder for comfort. Jason worries that Sonny is very vulnerable right because of Mike and the DA is exploiting it.

Nina drops by Wyndemere. She informs Valentin that she’s packing up her things to move out.

Peter bumps into Maxie at the Metro Court elevator. They awkwardly make arrangements for dinner.

Joss goes to Charlie’s to pick up food for Oscar. She says he’s not been eating. Cameron suggests that he try some weed. He hears that helps and looks on the internet for medical marijuana. They wonder why Oscar’s doctor didn’t proscribe it. When he exits, he texts Trina to get a drug hookup.

Sonny arrives at home and finds the scarf on his desk. Carly tells him that Margaux dropped it off. She assumes the DA came to see him. He shrugs and says it didn’t mean anything. He adds that the DA wasn’t to blame for her going to Ferncliff, Diane was. That doesn’t sit well with Carly. 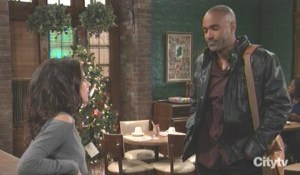 Curtis joins Sam at Kelly’s and they discuss their case. They try tracking the subscription number for the paper. Sam instantly recognizes the name Linda Black. It’s her old alias. She assumes one of her old victims or their families must be coming after her. Jason wanders in so Curtis excuses himself. Jason informs Sam that Drew has the flashdrive and can get his memories back. They discuss how important their memories of each other are. Outside, Margaux finds Curtis sitting on a bench and asks if there’s anything she can do for Drew. He says she’s done more than enough. The DA just wants to make amends. Curtis suggests she keep her distance from Drew and heads inside as Jason exits. Sam sends an email to ‘Linda Black’.

Laura opens up to Lulu. 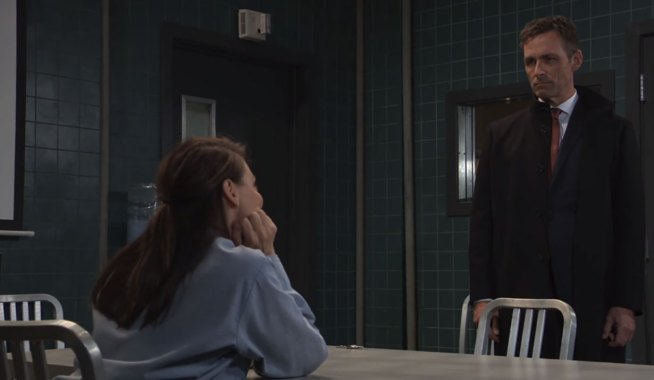 Obrecht Blackmails Valentin for Help to Ensure She's Not Punished 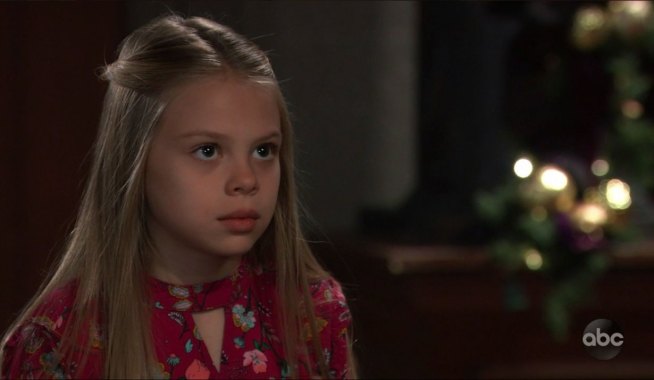