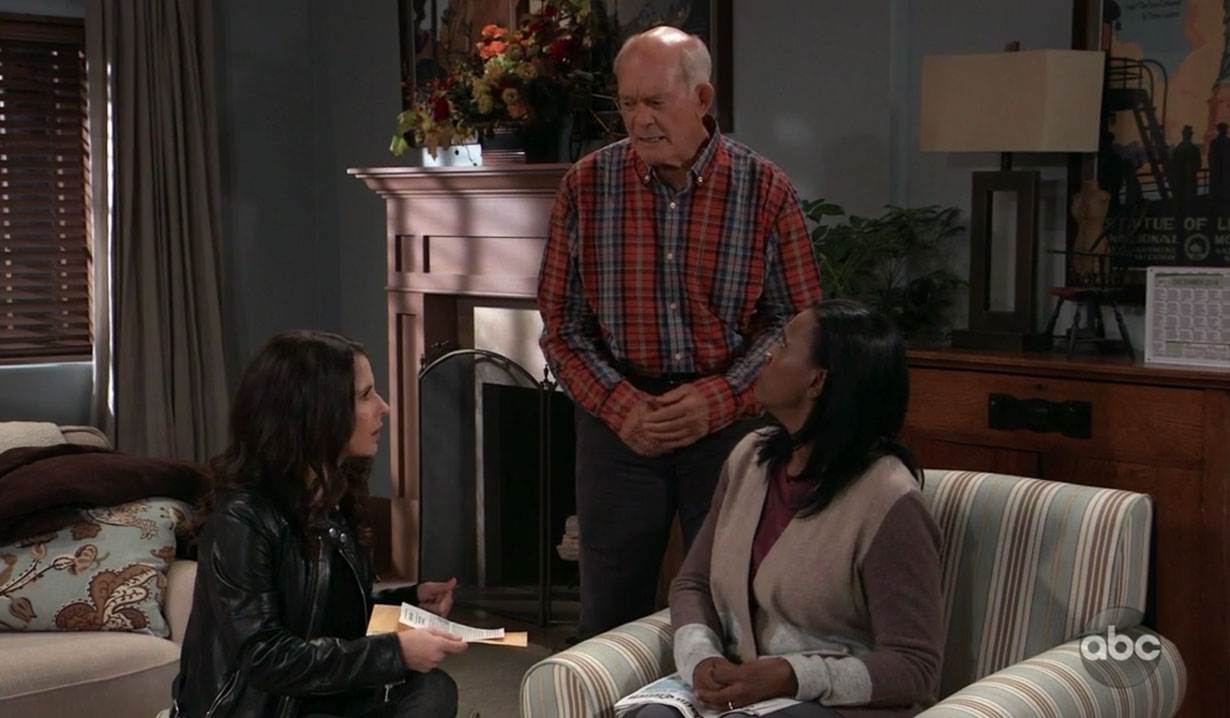 Sonny and Carly take Mike to Turning Woods, the day care facility, and they run into Stella Mike brought a bouquet of roses and presents them to Yvonne, (played by Janet Hubert), who he introduces to the others. Stella and Carly giggle over Mike and Yvonne when Marcus arrives and reveals Yvonne is his wife. 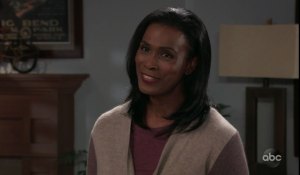 Mike is stunned, and Yvonne asks Marcus to put the roses in water. Marcus leaves, and Sonny worries about his dad, but Stella believes Mike needs to deal with this. Carly and Sonny leave him and Mike talks to Yvonne, who is reading the paper from her hometown.

At Kelly’s, Sam and Curtis learn the paper has been going to someone at Turning Woods. 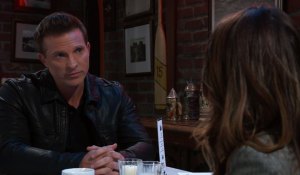 At Charlie’s, Jason crashes Margaux’s lunch to asks her to leave Drew out of any of her future investigations because he has enough to worry about right now. Meanwhile, Alexis stops in and speaks with Kristina at the bar about Kiki’s funeral this afternoon. Kristina thinks it is sad and takes some deep breaths. Alexis inquiries about her breathing, and Kristina explains it helps keep negative thoughts away. She assumes she learned this from her new friends and looks forward to meeting them. 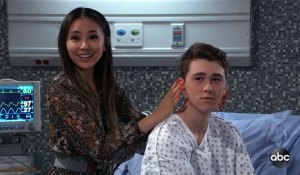 Kim and Drew find Daisy working with Oscar in his room at GH on meditation. Oscar introduces Daisy to his parents, Daisy leaves them. Drew offers to get them some BLTs from Kelly’s and makes a food run. 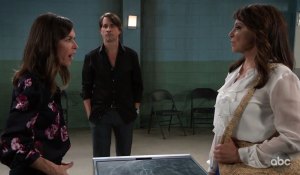 In Cuba, Anna tries to convince Obrecht that Britt has Tiber Pox, the virus Faison introduced thirty years ago and she guesses Obrecht designed. Obrecht reminds them that Tony Jones cured it, but Anna says he destroyed the cure after treating everyone so nobody could reverse engineer the virus again. Obrecht refuses to return to Port Charles until she tests the vial of blood. Anna calls her bluff and gives her the vial, and Obrecht walks out. Anna knows they are screwed, and Finn admits if she does an extensive analysis, she’ll know it’s a fraud. Later, Obrecht returns after examining the blood and reveals she can synthesize the cure here for them to take home to cure Britt. She thinks Anna is too sanctimonious to actually let Britt die, but Finn says he would and he’s the doctor in charge of Britt’s care. 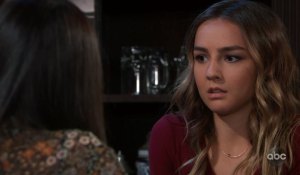 Daisy enters Charlie’s and Kristina introduces her mom to her friend. Nearby, Margaux has grown tired of Jason and this place and Margaux walks out. Alexis quickly takes the vacated seat to inform Jason that Oscar wants him to be the executor of his will. He thinks this is premature, but she reminds Jason as a Quartermaine he owns ELQ stock and doesn’t want the family fighting over it. Back at the bar, Daisy tries to comfort Kristina over the loss of her friend and explains Kiki has return home to the source of light, where they all will one day. 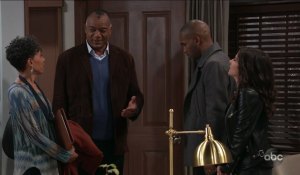 Sam and Curtis arrive at Turning Woods and run into Stella, who Curtis claims he came to see. Curtis is shocked to meet the one and only Marcus, who explains his wife Yvonne is a patient here. Yvonne’s the name Sam was given and is looking for, so she excuses herself to see her. Sam asks her questions about Galina, and if she sent her the obituary clipping. Yvonne becomes upset and doesn’t know Sam. Mike decides to see her back to her room and suggests Sam’s questions can wait. Stella lets Curtis know she will talk about this with him tomorrow and she thinks it is best they leave. Sam takes a photo of Yvonne’s paper, but doesn’t know why she’d send her the obituary. Curtis suspects someone else is using Yvonne’s connection to Galina to get to her. After they leave, Daisy, who volunteers there, arrives and swipes the paper left behind.

More: Laura Wright in Lifetime’s Stalked by My Patient

Margaux bumps into Drew at Kelly’s. She asks if he has a minute to talk, but he needs to get back to the hospital. She wonders if he’s okay. Drew reveals his son has cancer. She is sorry, but he won’t humor her with false sympathy or stand around and let her blackmail him again. He quickly walks out.

Back at the hospital, Kim apologizes to Oscar for not trusting him with the truth, and the two make peace. Meanwhile, Margaux finds Drew as he returns with his food and offers him the flash drive.

Sonny and Carly return home. Sonny knows Mike will forget learning Yvonne is married and will have to go through this again. Carly feels for Marcus too, and notes he handled the whole situation well. Later Marcus drops by and warns Sonny to keep his father away from his wife.

Marcus claims Mike is a danger to Yvonne’s health.

Margaux wonders why Drew is afraid to take the drive.

Jason visits Oscar about his will.

Jordan talks with Ryan at Kiki’s funeral and wonders if the killer may turn up.

Michael tells Ava they thought she should tell Avery about Kiki.

Ava Lashes Out After Kiki’s...