Lulu and Nina Clash Over Charlotte After a Report From Willow 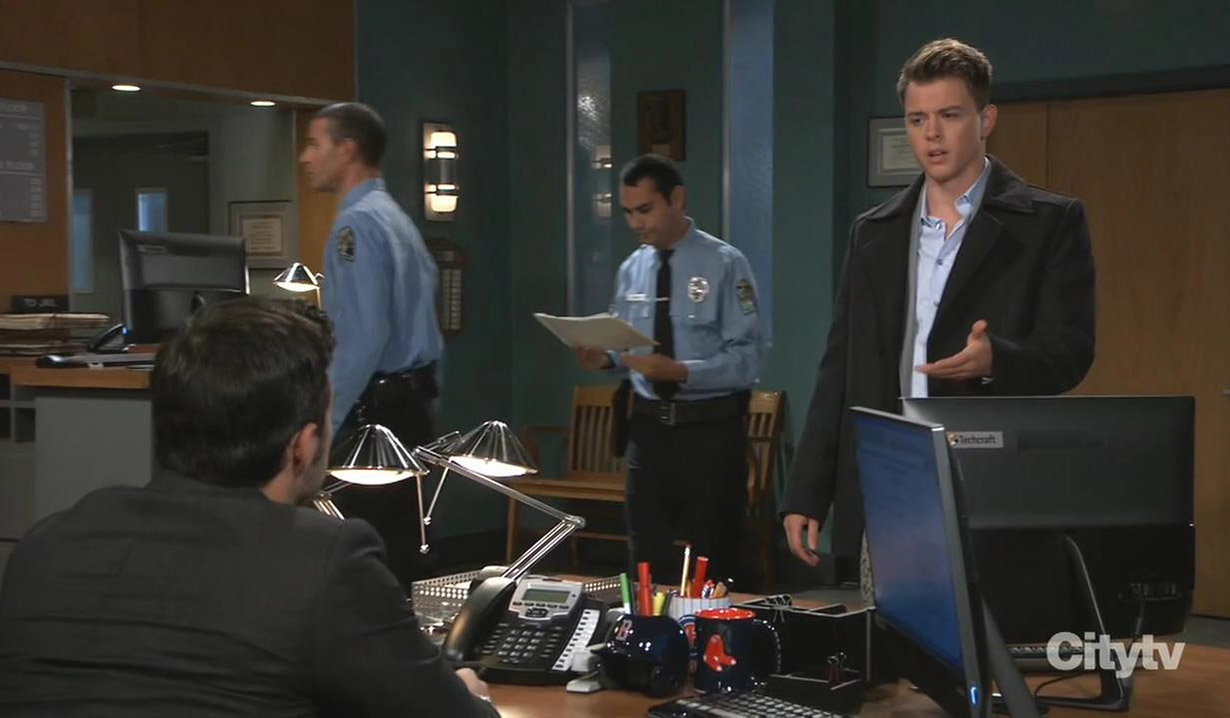 Laura drops by to see Liz at the hospital and asks if she can take Aiden out to Kelly’s. 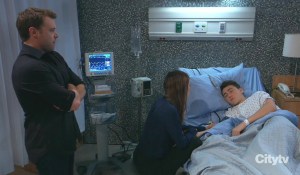 She’s going to try and find out who is bullying him. Down the hall, Drew and Kiki sit by Oscar’s bed. He wakes up feeling lousy. Liz joins them and checks him over. Once she leaves, Joss arrives and the adults leave. Joss sits with Oscar and they chat about the future. He thinks she’s jumping the gun and there’s no guarantee he’ll get better. She tries to keep him distracted by talking about college. In the corridor, Kim worries about her son and Drew tries to calm her. He reminds her that this could have gone worse. Drew thinks she’s brave for pushing for this and urges her not to question her instincts. In his studio, Franco paints until Liz interrupts. They hug and he admits he’s still in denial about Kiki. Once she exits, Cam arrives to pay his condolences. Franco explains that Kiki is as close as he’s come to having a child. Cam assures him that he and his brothers see him as family. Franco tears up and they hug. Meanwhile, Kim and Drew make their way down the hall. When they run into Liz, she informs Kim about Kiki’s murder. Drew immediately heads off to see Franco. He’d give him some comforting advice but he’s all out. Franco doesn’t want any. He’s in a dark place and just wants to kill whoever killed Kiki. Drew is in a pretty dark place too. Back down the hall, Cameron drops in on Joss and Oscar. Joss leaves to grab some food. The boys talk and Oscar is glad that Joss has him as a friend. Cam takes off. He runs into Joss in the hall and she apologizes for messing up and will understand if he wants to be a stranger. He leaps into an elevator. She returns to Oscar with junk food. He’d prefer gelato. After she leaves to get it, he calls someone over to the hospital.

More: Comings and goings for all soaps 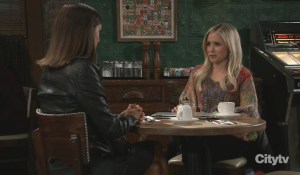 Willow joins Lulu at Kelly’s and asks if she’s had a chance to chat with Charlotte. Lulu hasn’t. The teacher explains that Charlotte has gotten so bad the administration isn’t sure she should be in the school at all. This sounds extreme to Lulu and she promises to do all she can to put an end to the bullying. Aiden and Laura arrive and sit in a corner. He draws and she asks him about school. The kid explains that he’s not allowed to play with Bianca because ‘someone’ made rules against it. She encourages him to open up, but he won’t. 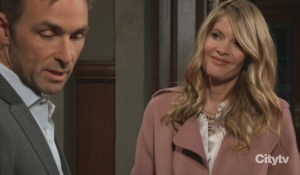 At Wyndemere, Nina thanks Valentin for letting her stay. Charlotte is thrilled but Nina makes it clear that she’s not sharing Valentin’s room. She promises lots of sleepovers. The kid runs off. Nina worries about managing her expectations. He makes it clear that Nina will always have a home with him. Later, Lulu arrives, eager to get the bullying situation under control. Nina gets milk and cookies, which annoys Lulu. They call Charlotte in and ask her about school. This leads nowhere and the little girl skips away. Nina declares that nothing is wrong. Lulu is flummoxed. Nina insists that Charlotte is perfect, and Lulu says that’s teaching the girl that no one else matters. Valentin suggests that take this up another day. Lulu declares that she can’t trust Nina with her daughter and walks out. Nina assumes that Valentin is siding with Lulu. He worries that he may be responsible for his daughter’s behavior. Nina assures him he’s an amazing father and admits she loves him in spite of herself. 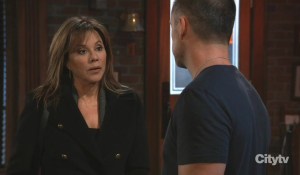 Anguished Julian drinks alone in Charlie’s until Alexis interrupts him. He expects she’s there to lecture him. She believes Griffin is innocent and is sure Julian thinks so too. He still wants Griffin to suffer for what he did to Ava. The lawyer suggests that was mostly Ava’s fault. Julian wishes he’d had more time to get to know his niece. He encourages her to leave and she guesses he hasn’t told Kim what happened. Moments later, Kim bursts in and the other woman takes off. Julian and Kim commiserate, and she promises to be there for him.

Michael strolls into the PCPD and asks Chase where they are in finding Kiki’s killer. Chase is sorry and says they are following every lead they can. When Michael spots Mary Pat’s file next to Kiki’s, he wonders if Griffin is being set up like his mom was.

Chase bumps onto Willow at the hospital. He apologizes for not calling her and asks her out to dinner. By the elevators, Michael bumps into Joss and they discuss Oscar. Her heart is breaking for Kiki. He heads down to the bereavement group meeting right after Willow enters it. Down the hall, Alexis arrives in Oscar’s room and he asks her to write up his will. Back down the hall, Franco tells Liz that he’s not in the best mental space for a wedding. She agrees to delay.

Cameron joins Aiden and Laura at Kelly’s. Lulu shows up and takes her mom aside to vent about the Charlotte situation.

Alexis gets something from Sam.

Posted 6 mins ago
Posted on: TVLine