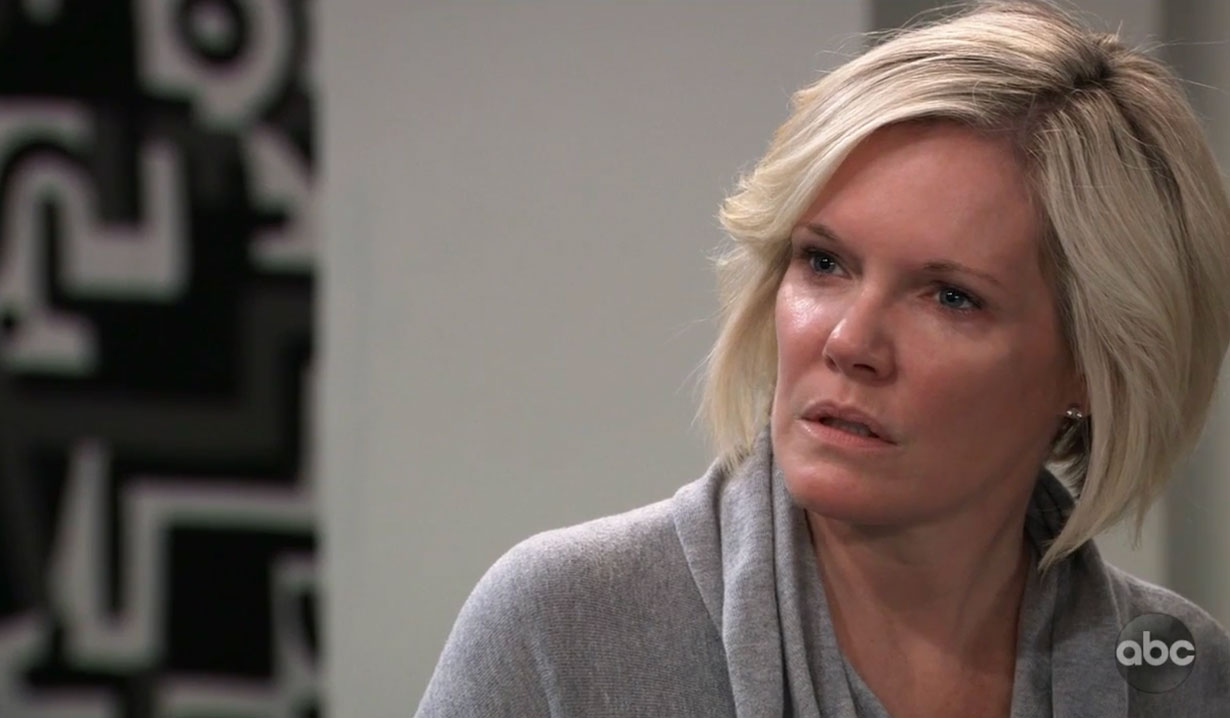 Mac and Felicia check on Maxie at her place in the wake of Kiki’s death. They find her giving Peter a back massage and realize he’s still in his wedding attire and spent the night. Peter explains he stayed in the hall to make sure Maxie was safe, and Maxie swears she didn’t know he was out there. 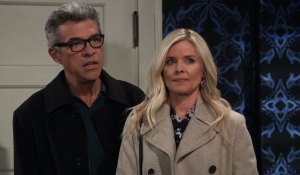 Peter departs, but Mac has a talk with him in the hall and warns him not to hurt Maxie. However, he is part of their family because he’s Anna’s child. Inside, Felicia asks Maxie about Peter. Maxie is troubled that she finds things so easy with him. However, she’s still grieving Nathan and thinks it’s too soon to have feelings for someone else. Felicia believes Nathan would want her to move on and find happiness when she is ready. She tells her daughter it’s okay. Later, Peter returns having left his cufflinks. Maxie thanks him for standing guard and asks him to dinner to pay him back. He accepts.

More: November’s comings and goings for all soaps 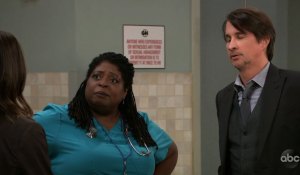 At the hospital, Epiphany overhears Anna and Finn discussing their trips and thinks they are both out of their mind. She doesn’t understand why Anna would send her man to see his ex. She also doesn’t like Anna going after Obrecht alone. Epiphany takes Anna aside to tell her she thinks she’s projecting her past issues with men onto Finn, and to let Finn decide what he does and where he goes. Epiphany leaves to tend to her patients, and Anna tells Finn to text her when he lands in Rome. 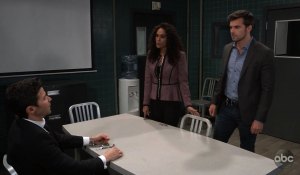 Griffin remains in the PCPD interrogation room where Chase and Jordan question him about Ava drugging Sasha and attacking him. He gives them his version of the events. He understands how this looks, but he doesn’t think Ava killed Kiki.

Ryan tells Ava at her place that he killed Kiki. She is confused, and he explains that he encouraged her to explore her feelings for revenge, so in a sense he killed the chance for her and Kiki to repair their relationship before her death. He believes she needs to forgive herself because she didn’t kill her daughter, but Ava doesn’t think she has the strength to do that. He promises not to leave her side until she does. Later, Chase and Jordan arrive to question Ava. 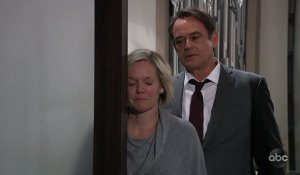 She’s furious that they suspect her. Ryan urges her to answer the questions, so they can move on with the investigation. Ava details the events of her day, and Ryan explains he was with Ava all night and she didn’t want to say so because she was being sensitive of Laura. Chase and Jordan leave, and Ava knows Ryan just lied because he wasn’t with her all night. He did it for her, but she doesn’t know why he’d take such a risk. He is sure she is innocent and believes in her. She thanks him. 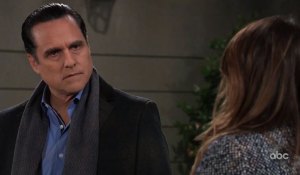 Sonny runs into Margaux in the cemetery. She overheard him talking to Morgan and realizes he does have a heart after all. He asks why she didn’t have her mother arrested. She admits she is angry at her mom, but won’t sacrifice her mother because it won’t bring her father back. Sonny admits to making poor choices in the name of vengeance, so it’s good she got off that road. She doesn’t understand how he can be such a ruthless bastard and yet so feeling. Sonny states one can still be ruthless and have a soul. He notices her shivering and lends her his scarf before departing. Later, Margaux tells her dad she loves him, and it’s time to let her vendetta go. 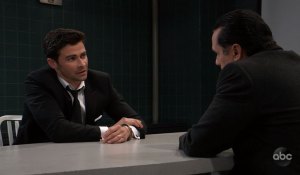 Sonny visits Griffin at the PCPD and lets him know he doesn’t believe he killed Kiki. He assures him the cops are just doing things by the book and will eventually find the killer. Griffin cries he’s been so busy defending himself that he hasn’t processed that Kiki is dead. He hadn’t even said he loved her yet, but he was falling hard for her. He hates that she was alone and afraid in her final moments and asks Sonny to go to church and light a candle for Kiki. In the station, Chase reveals to Jordan that Kiki’s wallet was found in the trash at Griffin’s place. Everything is there, except for her license, which is similar to Mary Pat’s murder. Jordan suspects it’s the same killer.

Anna is shocked when Finn takes the seat next to her on the plane to Cuba. He says there is nothing he has left to say to Hayden, and he tells Anna he loves her. Anna returns the sentiment.

Alexis checks on Julian at Charlie’s.

Valentin tells Nina he will always welcome her home.

Laura talks to Aiden about the bullying.

Cam asks Franco if he thinks they are going to be a family.

Michael wants to know what Chase is doing to find Kiki’s killer.

Joss sits with Oscar in the hospital after his treatment. He suggests they are jumping the gun.

Kim worries to Drew that something else is wrong.

Lulu and Nina Clash Over Charlotte...