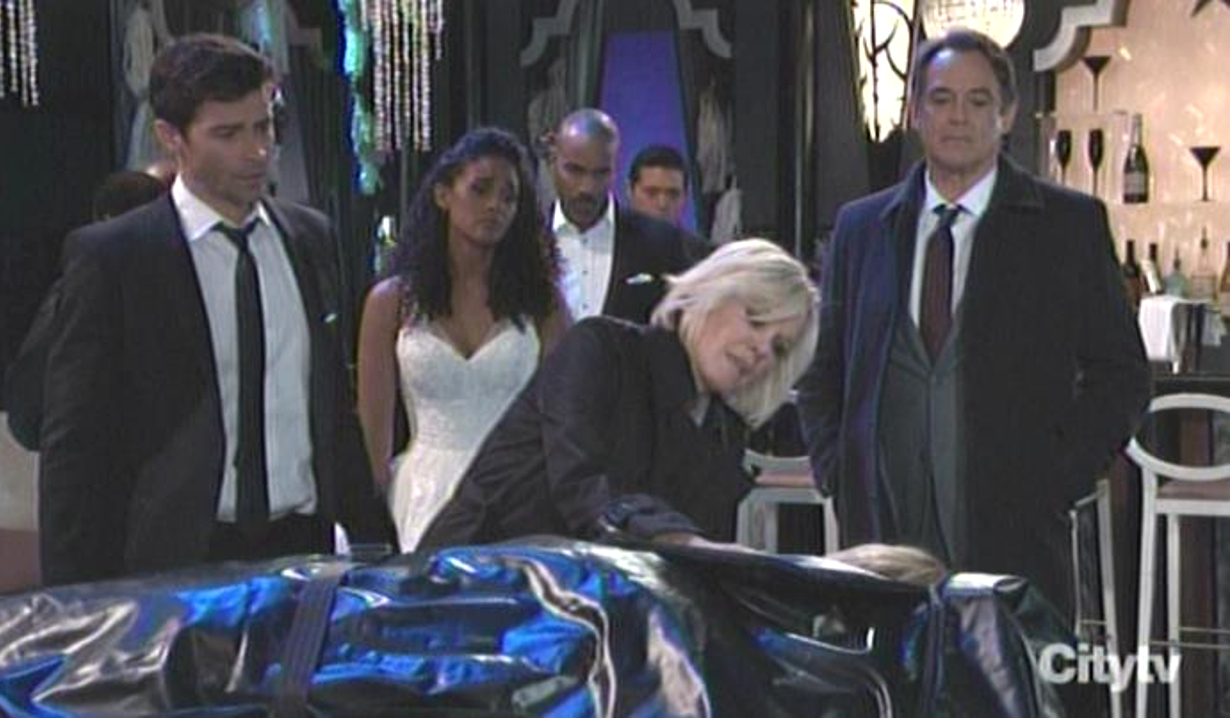 Ryan and Ava are interrupted at the penthouse when Griffin starts banging on her door. 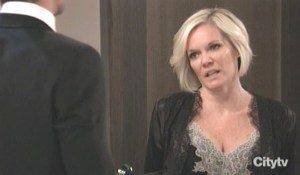 She’s not happy to see him and rants about him being unable to keep it in his pants. He blurts out that Kiki is dead. She slaps him and accuses him of lying. Ava goes into instant denial and Griffin explains her daughter was murdered.

At the hospital, Anna and Finn prep a sickly Britt to get her mom on the phone. Britt worries they may be killing her in the process by deliberately infecting her with a virus. 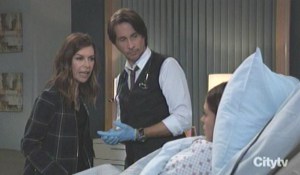 Anna planted a story about her sickness yesterday but Obrecht still hasn’t called. Anna follows Finn into the corridor and asks if he’s heard from Hayden again. He admits she wants to see him in two days. The doctor asks Anna to go to Europe with him but she’s not comfortable with that. He assures her he has no plans, but would feel better with her around. The phone in Britt’s room rings so Anna rushes in. It’s some dude who tests her knowledge before handing the phone over to Liesl, who immediately asks Britt if she’s colluding with Anna. Britt is sarcastic and rejects this. 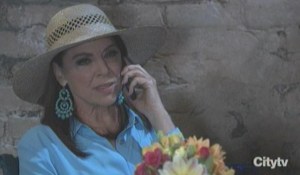 Liesl doesn’t believe she’s actually ill and must be running a scam. Britt coughs. That convinces her mom the sickness is real. Britt begs her ‘mutter’ to come and get her. Liesl is reluctant and hangs up. Anna explains the call wasn’t long enough to trace and it was scrambled but from sounds in the background, she knows where she is. Meanwhile, Finn stands by the elevator, re-reading the text Hayden sent him. Anna comes over and says that Obrecht is in Havana. He’s eager to go. Anna says they aren’t. She’s going alone and tells him to resolve things with Hayden. 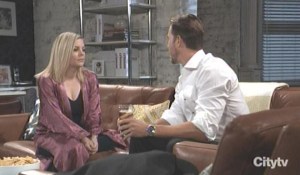 Peter takes Maxie home. He’s worried that Kiki’s killer is on the loose and asks if she wants to be alone. She doesn’t. They talk about family and he admits he now understands why his mom gave him up. He has a lot of regrets, especially about Nathan. Maxie assures him he doesn’t need to feel guilty. They toast to today and nearly kiss but the baby starts crying. She awkwardly runs off as he apologizes. When she returns, she suggests he leave. He sits outside her door. 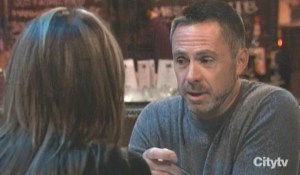 Alexis drops by Charlie’s looking for pumpkin cheesecake. Julian watches her eat it and she asks him to help her finish it. He thanks her for what she did for Oscar. Julian admits that Kim asked him to do something outside of the law and he refused. Now she’s angry at him. Alexis says she’s had the best Thanksgiving in a couple of years. She reminds him of that year she ran him over. Griffin calls and Julian is in shock. He gets off the line and tells her his niece was murdered. Julian realizes his sister needs him but he’s not sure he can face it. The lawyer tells him he doesn’t need to do it alone. 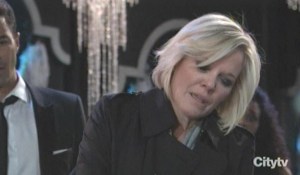 On the Haunted Star, Jordan tells Curtis that Chase found something she needs to talk to Griffin about. Chase pops up and Ava trails in with Ryan and Griffin. Ava is still in denial, even when Kiki’s body is wheeled out on a gurney. She unzips the body bag and orders her to wake up before collapsing in tears. Once the bag is zipped up and wheeled away, Jordan and Chase question Griffin. He admits he was with Kiki in the morning but their making out was interrupted by a call from Monica. Chase asks him how a bloody knife ended up in his apartment. Julian and Alexis arrive. Ava gets a call from Carly, but Ryan picks up. He tells her that Ava can’t speak because Kiki is dead. Ava hears Griffin being interrogated and rushes over to scream at him. Ryan takes Ava away and Alexis takes Julian’s hand. She wanders over to Griffin and suggests he stop calling. Chase gets a call from the lab confirming the blood on the knife is Kiki’s. Julian drags Alexis away and asks why she’s standing up for Griffin. Chase arrests Monroe.

At the Corinthos compound, Carly tells Sonny that Kiki was murdered. They remember her being at Morgan’s memorial.

Drew and Kim meet their son.