Kiki’s Dead Body Is Found in Jordan and Curtis’ Bed

Wednesday November 28, 2018: Valentin surprises Nina, Ryan and Ava take the next step, and Cameron explains himself to Joss. 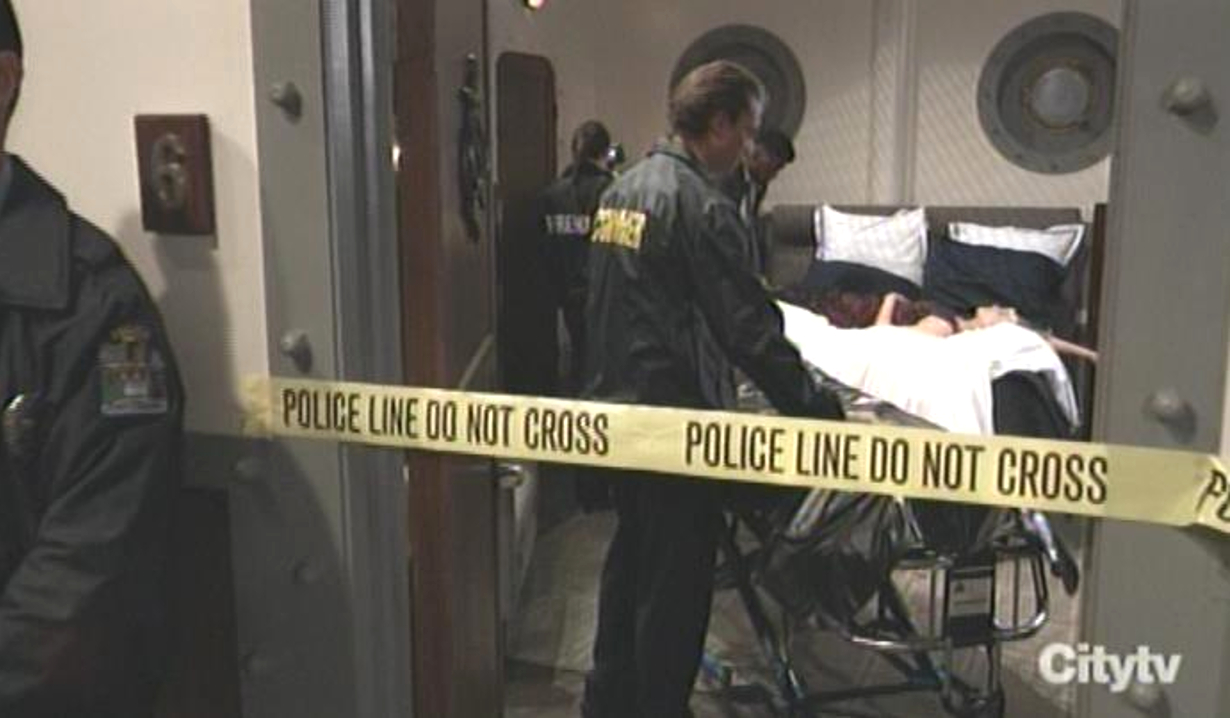 Nina is in New York with Charlotte. 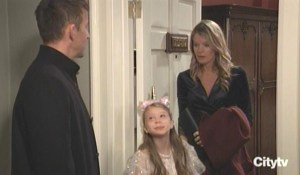 Before they can run off to the ballet, Valentin arrives. This was Charlotte’s plan. He offers to go but Nina asks him to stay. After the ballet and a carriage ride, they return and send Charlotte to get ready for bed. He asks Nina if she’s happy he’s there. She changes the subject to room service. When Charlotte returns, they play Go Fish and he tells his daughter that it was wrong to manipulate them into being together. Nina calls reception to get him a room but has no luck. Charlotte is thrilled they are having a sleepover. 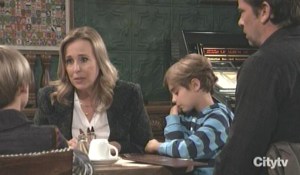 At Kelly’s, Laura chats with Franco and Liz about the holidays. They sit down with the kids for pie. Jake asks about Laura breaking up with Kevin. Franco takes the kids off to get dessert while Liz apologizes to Laura. They chat about her separation. Laura is still perplexed about Kevin and tells her about Ava. She changes the subject to Aiden and they discuss the bullying. Meanwhile, Franco sits with Jake at the bar and asks him how his brother is doing. Jakes says the other kids think Aiden is weird. Once the kid has eaten enough, Franco gathers the children and they say goodbye to Laura before heading out. Liz assures Laura she’s better than a thousand Avas. 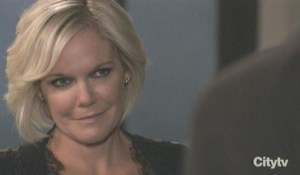 Ryan pops up at Ava’s with dessert and wine. They discuss how cutthroat the art world is. When they sit down, he tells her how incredible she and her instincts are. As he kisses her neck, she makes him promise that she won’t find him in bed with her daughter. After they have sex, he tells her to pretend Kiki doesn’t exist. 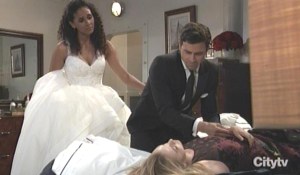 Griffin looks for Kiki on the Haunted Star. Meanwhile, Curtis and Jordan head to their room. He thanks her for marrying him and she thanks him for never giving up on them. He carries her over the threshold but there’s a body in their bed. Jordan yells at it until she notices they’re dead. The commissioner tells him to get her detectives and then calls to report the homicide. Curtis finds Chase and Valerie in the ballroom and fills them in. Chase announces that the boat is a crime scene and no one can leave. Valerie asks Griffin to come along to confirm a death. When he enters the bridal suite, he rolls the body over and gasps that it’s Kiki. Jordan asks him to leave before he contaminates the crime scene more. He returns to the ballroom in tears and everyone realizes Kiki is the corpse. Jordan asks Griffin about the last time he saw Kiki. He went to her place and the door was ajar and a vase was broken. He found her shawl and it had blood on it. Chase questions Lulu but she’s clueless. Jordan explains to Valerie that the coroner says that Kiki was killed elsewhere and moved. They’ve already called records to dig up information on Griffin. Jordan asks the doctor if she can send forensics to search his place. He agrees so she sends Chase to get that going. Curtis starts saying goodbye to his guests. Peter drives Maxie home. Lulu snoops around until Jordan asks her to leave. Lulu says she was a beautiful bride and Curtis agrees. 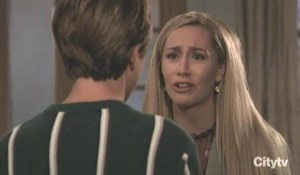 Joss goes to see Cameron at his place. She tells him about her conversation with Oscar. She convinced him to enter the experimental drug trial and they are back together. She’s mad at Cam for lying to her face. He wishes he’d never been in the middle of this and this has been hard on him. Joss calms down and apologizes. Cam just wants an end to the drama. He says what happens next is for her and Oscar to figure out, but he doesn’t want to be involved and shows her the door. Later, Liz and Franco return. They discuss Aiden and he shows her the picture the kid drew. When she spots Cam, she lectures him for not going to the movie with them when it would have meant so much to his little brother. He tells her that Joss knows Oscar has a brain tumor and storms off. Liz feels bad.

Joss goes to Kelly’s to get pie and finds the gift that Cam gave her in her purse. It’s a photo of them together. She remembers them kissing.

Sonny and Carly ponder their choices.

Jordan and Curtis' Honeymoon Is...