Jordan and Curtis’ Honeymoon Is Crashed by an Uninvited Guest

Tuesday November 27, 2018: Oscar decides to enter the drug trial, Joss tells her mom about Oscar, Jordan and Curtis are married, and Griffin is unable to locate Kiki. 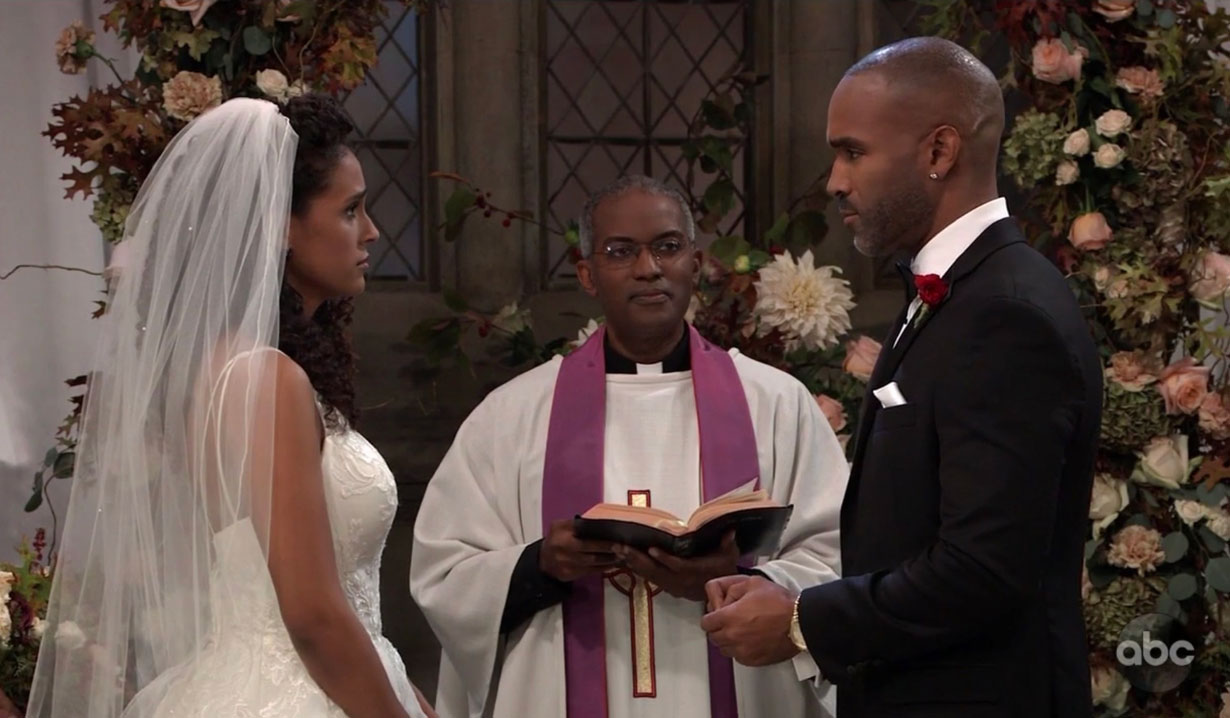 Stella storms into the church as the priest asks if anyone objects to Jordan and Curtis’ wedding. TJ begs his aunt not to do this, but she insists on speaking her piece. She apologizes for being late and hopes they will forgive her. Stella sits, and Griffin sneaks in and takes his seat. 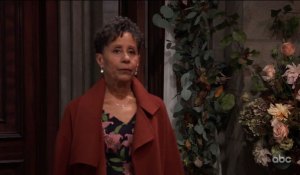 The wedding continues, and Jordan and Curtis recite their vows and exchange rings. Griffin looks around and wonders where Kiki is. The priest pronounces Curtis and Jordan as husband and wife, and Curtis kisses his bride. 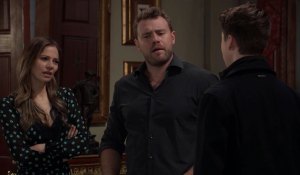 At the Quartermaine mansion, Oscar tells his parents that Joss knows about his tumor. Monica and Julian find them talking in the foyer, and Monica invites Oscar in for pizza. Oscar announces he’s decided to go ahead with the treatment. Kim and Drew are thrilled and hug him. They join the others in the living room, and Oscar reveals he changed his mind because of Joss. However, he still plans to work at Charlie’s and live with his friends. Kim sees no reason for that, but Drew suggests they take things one step at a time. Oscar makes it known he is only doing the treatment for Joss. Later, Kim cries to Drew that her son is still keeping her at arm’s length, and she knows this is her fault. He thinks everything will work out, and he needs to go thank Joss for bringing their son back to them. Later, Julian tries to explain to Kim why he couldn’t help her. She thought she could count on him but now feels she can’t trust him. She walks out. Alexis arrives on business because Oscar called her. She runs into Julian, who wishes her a happy Thanksgiving. Julian takes off, and Alexis goes into the living room to see what is happening. Oscar informs her that she’s fired and explains why. Alexis is happy he came to this decision.

More: Jack Wagner in When Calls The Heart Christmas special

Carly comes home to find Joss in tears. Joss tells her mother about Oscar’s condition, and that Kim kept the truth from him for two years. She explains about the experimental procedure and that he’s fighting his parents and doesn’t want to go through with it, even though it’s his only chance to live. Carly advises her daughter this is Oscar’s choice and she can’t make it for him. Later Drew arrives and thanks Joss for helping his son, who is going to do the trial.

More: Soap stars in Lifetime thriller Your Baby is Mine 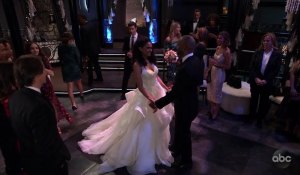 On The Haunted Star, Curtis and Jordan’s reception get underway. Griffin leaves Kiki a message and says he has great news to share and hopes she arrives soon. Nina introduces Jordan and Curtis, who enter to applause. Stella offers Jordan a handkerchief which has been in the family and she was saving, but she never had the chance to be a bride. Molly realizes it is the final piece they needed, the something old. Jordan and Curtis take to the dance floor to enjoy their first dance. Lulu notices the look on her mom’s face, and Laura confesses that something is really wrong with Kevin and he’s not acting like himself. Nina speaks with Griffin and suggests he press charges against Ava. Griffin has decided not to press charges, but Nina insists that Ava needs to pay. Molly gathers everyone for the bouquet toss, and Nina catches the flowers. Later, Curtis thanks his aunt for attending, and asks what changed her mind. She reveals Mike and an old friend made her realize what matters in life. On the dance floor, Anna asks Finn if he’s going to see Hayden. He hasn’t decided, and she lets him know whatever he decides that she’s okay with.TJ gather’s everyone and announces the bride and groom are about to leave, and everyone sees them off with confetti. Maxie pulls Peter out onto the dance floor because he hadn’t danced yet and says it’s bad luck not to dance at a wedding. 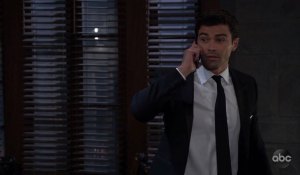 Griffin arrives at Kiki’s place and finds the door ajar. He enters and she’s nowhere to be found. He notices a broken glass on the floor, and places another call to Kiki after noticing she left her shawl behind. He thinks she must have rushed out in a hurry. As he leaves, he notices the shawl has blood on it.

Drew returns to the mansion and tells Kim that Carly and Joss are offering to help however they can. Kim says Oscar has made it known he is only doing this for Joss, and he’s not ready to forgive her. Elsewhere, Oscar calls Joss to let her know that he fired his lawyer.

Back on The Haunted Star, Jordan and Curtis make their way to their honeymoon suite only to find someone apparently sleeping in their bed.

Franco talks with Jake about school.

Laura and Liz talk about Aiden.

Ryan invites Ava out for dessert.

Jordan and Curtis wonder who is in their bed.

Maxie and Lulu are stunned. 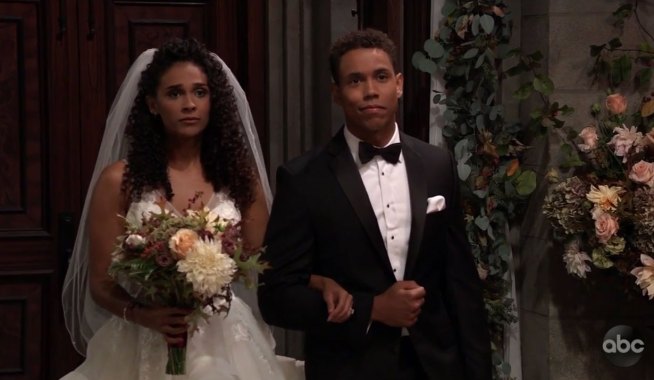 Kiki's Dead Body Is Found in Jordan and Curtis' Bed 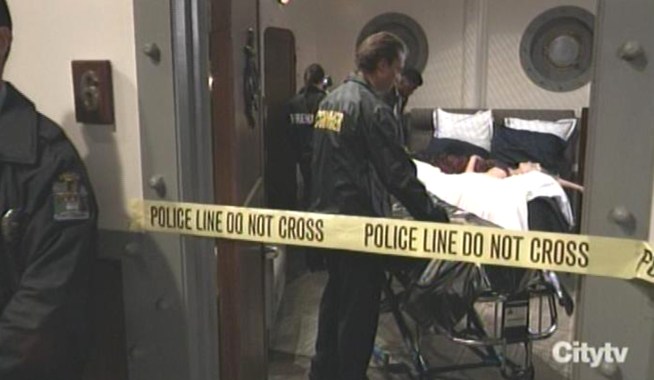