Joss Learns the Truth About Oscar on Thanksgiving 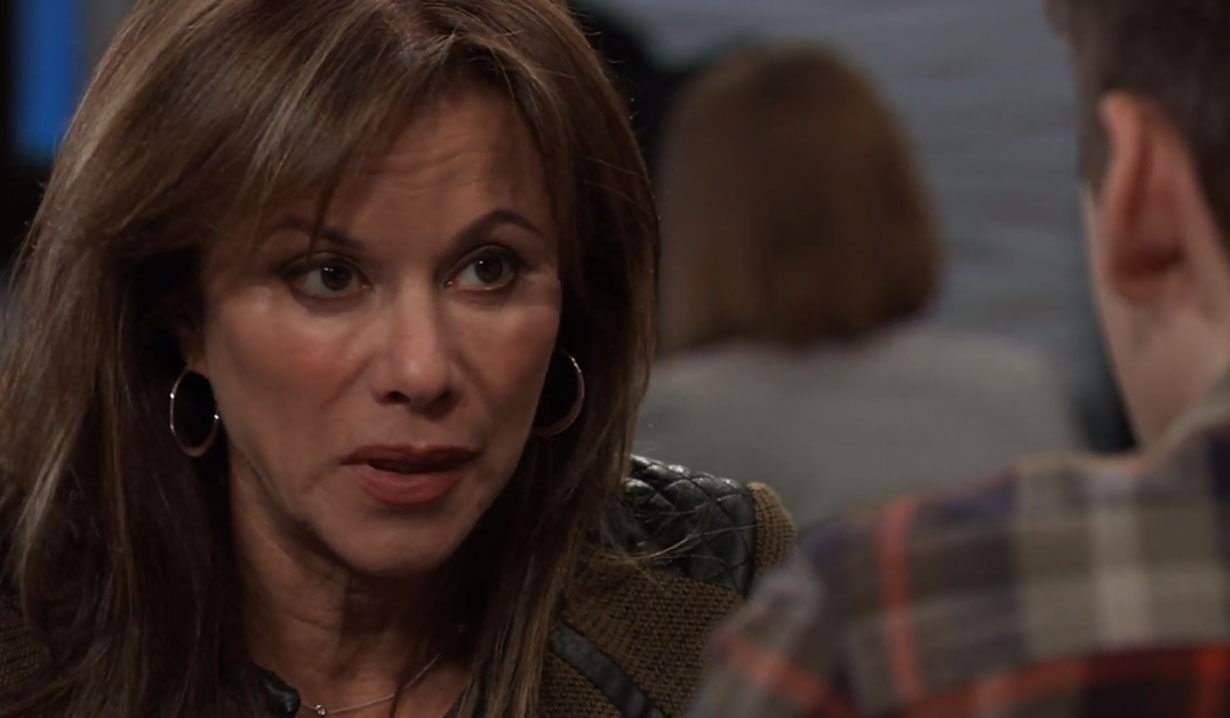 Oscar meets with Alexis at the Metro Court. She encourages him to spend some time with his family over the holidays. He’s worried that would just make a scene. She tells him that parents always tell their kids what to do. The lawyer says that she would fight to the death to make sure her daughters lived longer if they were in his situation. But she’s his lawyer, not his mom. Across the room, Nina tells Sasha how excited she is about going to New York with her girls. Sasha’s not in the mood to go after what happened last night. 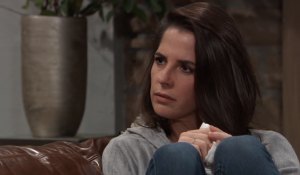 Danny greets Jason when he arrives at Sam’s door with donuts. Sam comes downstairs sneezing. She’s been sick since last night and suggests he leave. He insists on staying and helping with the kids. She eats donuts, wipes her nose, and takes medicine. Sam says it’s nice to be rescued and he hands her a kleenex. She falls asleep on the couch. Jason takes her to bed. Meanwhile, Alexis arrives downstairs and Danny tells her that Sam is in bed with his dad. 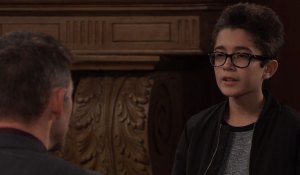 At Wyndemere, Valentin is startled to see the fire on. Spencer started it and says the fires of vengeance are keeping him warm. The kid tells him that Laura is the next mayor and she’ll get rid of him. Valentin wonders if Spencer is getting involved in election tampering like his father did. Sasha interrupts and Valentin orders the kid out.

Sonny surprises Kristina at Charlie’s with passes to the parade. She can’t go. She’s covering the breakfast shift and has plans for the rest of the day. Daisy pops up to announce that they are helping serve the homeless. They invite Sonny to help but he’s got the family waiting. He offers to send some food to their event and wanders off. Daisy compliments Kristina on managing to quote from their literature. Oscar arrives with another 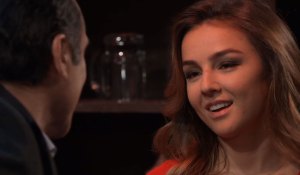 headache. Daisy reminds him to keep up with his studying. Meanwhile, Laura finds Ryan in the corner and hands him a statement about their separation. He rejects a passage about them working on their relationship because it’s a lie. All of this seems like a lie to her. She can’t accept him refusing to work on this. She won’t let up until she finds the man she married again. Laura is sure that he is keeping something from her and demands the truth. He warns that the truth hurts. Once he’s gone, Sonny drops by her table and Spencer jogs in. He offers Spencer a ticket to the parade. The place empties out and Kristina thanks Daisy for giving her something to do other than spend the day with her family. Daisy encourages her to bring the family over some day. 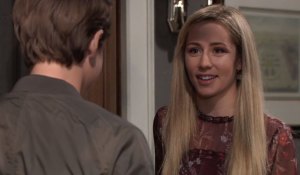 Cameron arrives at the Corinthos compound. Joss is glad he’s there to help with the holiday place cards. He’s not impressed by her turkeys and hands her a gift. Before she can open it, Ava calls to say she’s on the way over to pick up Avery. She gets off the line and he wonders how her family feels about them being alone together. She thanks him for hanging out with her and admits she had a crush on him when they were younger. They kiss and then she babbles, mentioning Oscar. She says that she’s getting over him and if Cam wants to try an actual relationship, she’s okay with it. He shakes his head and tells her Oscar is sick. In tears, she realizes that this is why everything has been happening and yells at him for lying to her. She storms off. Sonny and Spencer arrive. Cameron hands Sonny the gift for Joss and leaves. Spencer tells Sonny he’s not going to be sticking around. His place is in France. 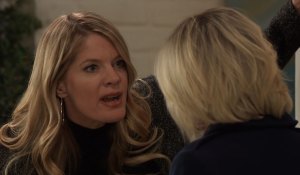 At the gallery, Ava gets one-way tickets to Montenegro for her and Avery. Before she can leave, Nina shows up to lecture her for giving Sasha a roofie. Ava reminds Nina that she stole her baby. Before they can clobber each other, Ryan arrives and stops them. Nina says she’s calling the cops and leaves. Ava tells Ryan that she’s running but he suggests she stand her ground. Besides, he would miss her. They are kindred spirits and she’s like a ‘goddess’ to him. As he kisses her, Laura walks in.

Back at Wyndemere, Sasha tells Valentin about what happened last night. That upsets him and he offers her more compensation. She thinks it’s sad that Nina will never know how much he loves her in his own ‘twisted’ way. Nina arrives. Sasha says she came over because she was worried about what Nina would do to Ava.

Joss shows up at Charlie’s as Oscar cleans up.

GH will air an encore of its November 27, 2000 Thanksgiving episode.

Jordan and Curtis Are Trapped With...

General Hospital Is Pre-empted Due...