Friday November 16, 2018: Nina oversteps at a parent-teacher meeting, Franco tries art therapy with Aiden, and Sasha has to find a new home. 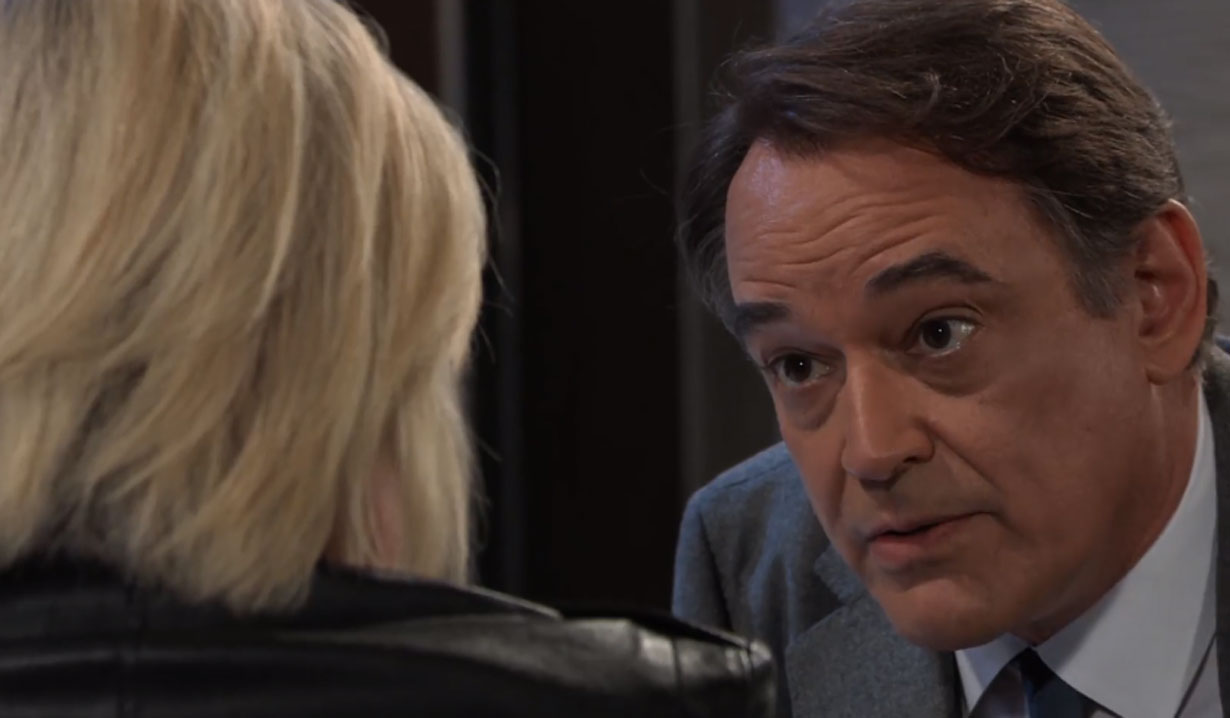 At the hospital, Franco and Liz chat with Aiden about his day. 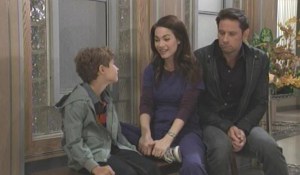 Liz wonders if he wants to talk to his dad. He’s more interested in vending machines are rushes off for candy. Franco can understand a kid not wanting to open up and offers some covert art therapy. They take the kid to his office. Franco and Aiden draw, eat candy and talk. The kid draws a picture of his family. In the picture, he’s tiny compared to his brothers. Down the hall, Griffin runs into Kiki and they talk about his hearing. Peter has issued a statement on his behalf. She vents about Sasha and says they need to settle some things. 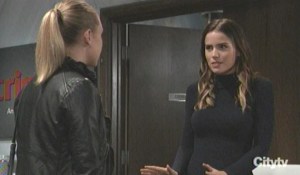 At Crimson, Nina is impressed by Sasha’s work. When Nina walks into her office, she finds Valentin waiting. He gets a call from Miss Tait about Charlotte and rushes off. Nina trails after. Kiki shows up to see Sasha and accuses her of moving on her boyfriend. Sasha confirms she was flirting with him. She thought that Griffin and Kiki were just friends with benefits. Sasha apologizes and Kiki asks her to move out by tonight. Sasha suggests she must be really insecure about her boyfriend.

Michael meets with Sam at the Metro Court. Before she can explain why, Jason arrives, looking for Sonny. They tell him they saw Nelle at Ferncliff. Michael wonders what she was up to. They explain that Nelle plans to go after Carly when she gets out. Michael leaves and Jason and Sam discuss their holiday plans. She asks him to come over and watch the parade with the kids. Meanwhile, Ryan sits down with Ava at the bar. He makes it clear that he’s no longer her doctor. Since the doctor-patient boundaries are off, she offers to buy him a drink. He asks after Kiki and she expects her daughter to come running back soon. He’s not convinced by her optimism. She admits she’s lost her edge on revenge and complains about being sad and alone. Ryan claims he has a cure for that and offers her some meds he says will help her sleep better. They talk about their demons and she wonders how he handles having such an infamous brother. Sasha shows up and angrily tells Ava to keep her out of her plans to break up her daughter and Griffin. Ryan takes off and Sasha informs Ava she lost whatever game she’s playing. After she storms across the room, Ava looks at the meds Ryan left her. After seeing Sasha order room service, she dumps the drugs into the soup being sent to her room. 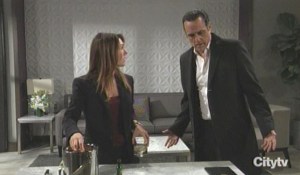 Sonny shows up at Margaux’s. She asks if he’s going to kill her like he killed her father. He insists she’s just a coffee importer. After he gets a call from Jason, Margaux guesses that she’s being bumped off. Sonny insists he had nothing to do with her father’s death. She’s unconvinced. He warns that things will get worse if she keeps digging and she’ll get hurt. He says he’s going to live a free man and she’ll be rotting in her own prison. Sonny adds that her grief was phony. She’s not about to leave this alone. They keep bickering and she wonders what he’ll tell Avery about being a killer. He yells in her face and tells her to let this go. 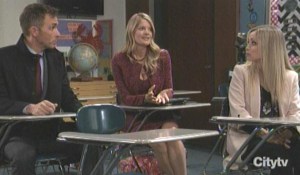 Lulu jogs into the school to see Miss Tait. Valentin arrives and Nina runs in after him, to everyone’s surprise. She announces she is Charlotte’s step-mother. Nervous Miss Tait says that Charlotte is assertive and bullying. They’re all shocked and Nina claims that Charlotte just has ‘leadership skills’ and Miss Tait has a serious problem. Valentin and Lulu shake their heads. Tait explains that the girl has been targeting one child in particular and asks them to step in and make it clear to her that this is unacceptable. Nina gets offended and starts to bicker with the teacher until Valentin asks her to leave. This only enrages Nina, who starts lecturing Willow, accusing her of being sexist. Lulu calmly asks Nina to leave and she walks out. Valentin apologizes. The teacher hands them some guidelines to talk to their daughter about bullying and its consequences. Once the parents leave, Michael shows up and Willow complains that she just had the ‘Chernobyl’ of parent-teacher meetings. He hands her a box of seeds.

Valentin arrives at Nina’s office and tells her how much he enjoys her fierceness. Her support is exactly what Charlotte needs and he wants her to be there when he talks to his daughter. She agrees to do anything for Charlotte.

Lulu drops by the hospital and asks Liz where Finn is. He’s not around. They chat about their kids. Over by the elevators, Griffin and Kiki catch up and she worries that she’s starting to act like her mom.

Monica spends some time with Oscar.

Willow Informs Liz That Aiden Is...

Ava Sets Griffin and Sasha up to Be...